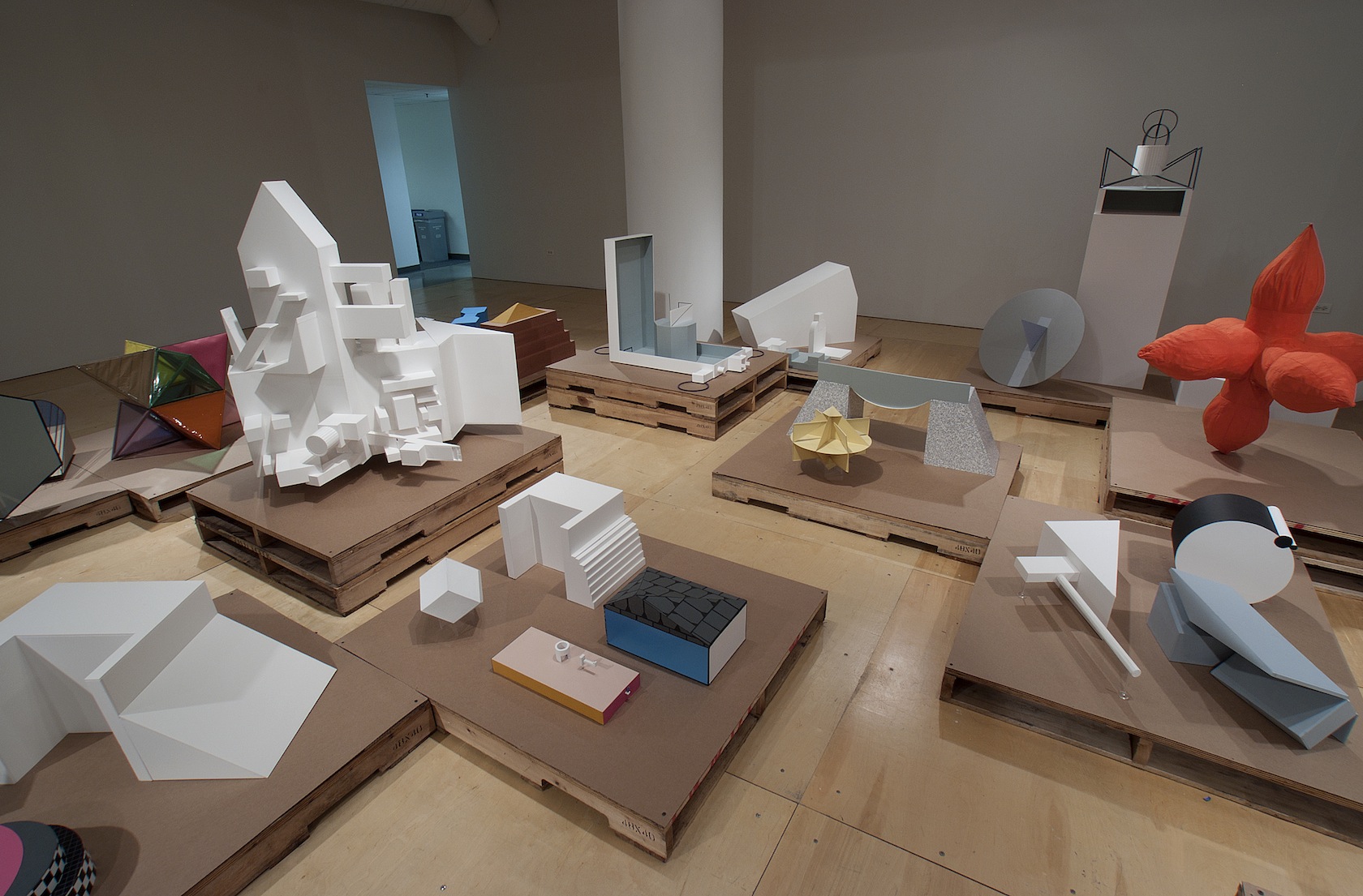 There is a formal elegance to Stephanie Syjuco’s installation at Gallery 400, despite the awkwardness of the objects on display. Each object was designed online by users of Google’s 3D modeling program, SketchUp, and then reproduced in the gallery by Syjuco using basic materials, such as cardboard and foam core, cut and taped together into geometric shapes. The gaps between the real and the virtual, between the designer and fabricator, add tension to this seemingly simple, visually appealing installation.

Some of the forms designed online are intricate conglomerations of shapes, but most appear to be quickly dashed-off experiments. In Syjuco’s translation of these virtual designs into concrete forms, each object is given the same attention to detail and all are carefully constructed, no matter how simple or complex the initial design.  The comments that the online collaborators attached to their designs are included in the map of Syjuco’s installation and reiterate these two extremes: some objects are described simply as “a shiny tower thingy,” while other designs are accompanied by long descriptions of what the object is and does. The inclusion of these comments in the installation—both serious and flippant—reveal something about the relationship between the online designers and Syjuco’s role as fabricator, as well as the individual’s relationship to the design program and the plan they have created. It is left to the viewer to determine who in this exchange may be bestowed with the title of “artist.”

The viewer can also evaluate the distance between the designer’s description of an object and the resulting product in the gallery. The virtual plans for each form are projected on the gallery wall behind their concrete counterpart, which points out another gap between the awkwardness of the real forms and the cleanliness of the idealized virtual designs. With the designer’s descriptions in hand, the plans projected on the wall and the objects installed in the gallery, the viewer is left to determine what has been lost in translation. Above any modifications in the design though, Syjuco’s interpretation of her collaborator’s virtual plan ultimately points to the loss of a human interaction between artist and designer and, perhaps, this is the most poignant gap in the exhibition. (Regan Golden)