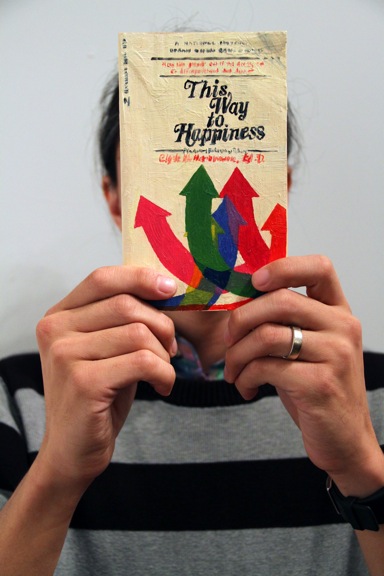 Many stories, such as tales of time travel and apocalyptic visions, center on the dilemma of the self-fulfilling prophecy. In varying shades of reverence, so too does the archive of futurism now on display at Green Lantern Gallery. Curated by Abigail Satinsky, “Future Shock” is a collection of blueprints for utopia (and coping mechanisms for dystopia) that correspond to Alvin Toffler’s 1970 bestseller of the same name. Visitors are immediately greeted by Randall Szott’s stacked copies of “Future Shock,” acquired at sundry thrift stores, color-coded to represent a progressively increasing bar chart and reflected in a floor mirror à la Robert Smithson. In an alcove further back in the gallery, one can watch Orson Welles’ absurd yet chilling documentary based on Toffler’s book—a pulpier inversion of the overlapping flashbacks in Citizen Kane.

However, Welles’ film excepted, none of the art in the show echoes Toffler’s warning tone. Szott’s cute one-liner is reflected on the opposite side of a wall by Brandon Alvendia’s stacks of bound blank books with photocopied “Future Shock” covers, complete with floor mirror and a slip of paper within each book guiding perusers or purchasers to a free download on his site of a large (and confusing) folder allegedly containing, among other things, a PDF of “Little Brother,” an Orwellian yet upbeat novel (already freely downloadable in numerous formats) by anti-copyright activist Cory Doctorow. 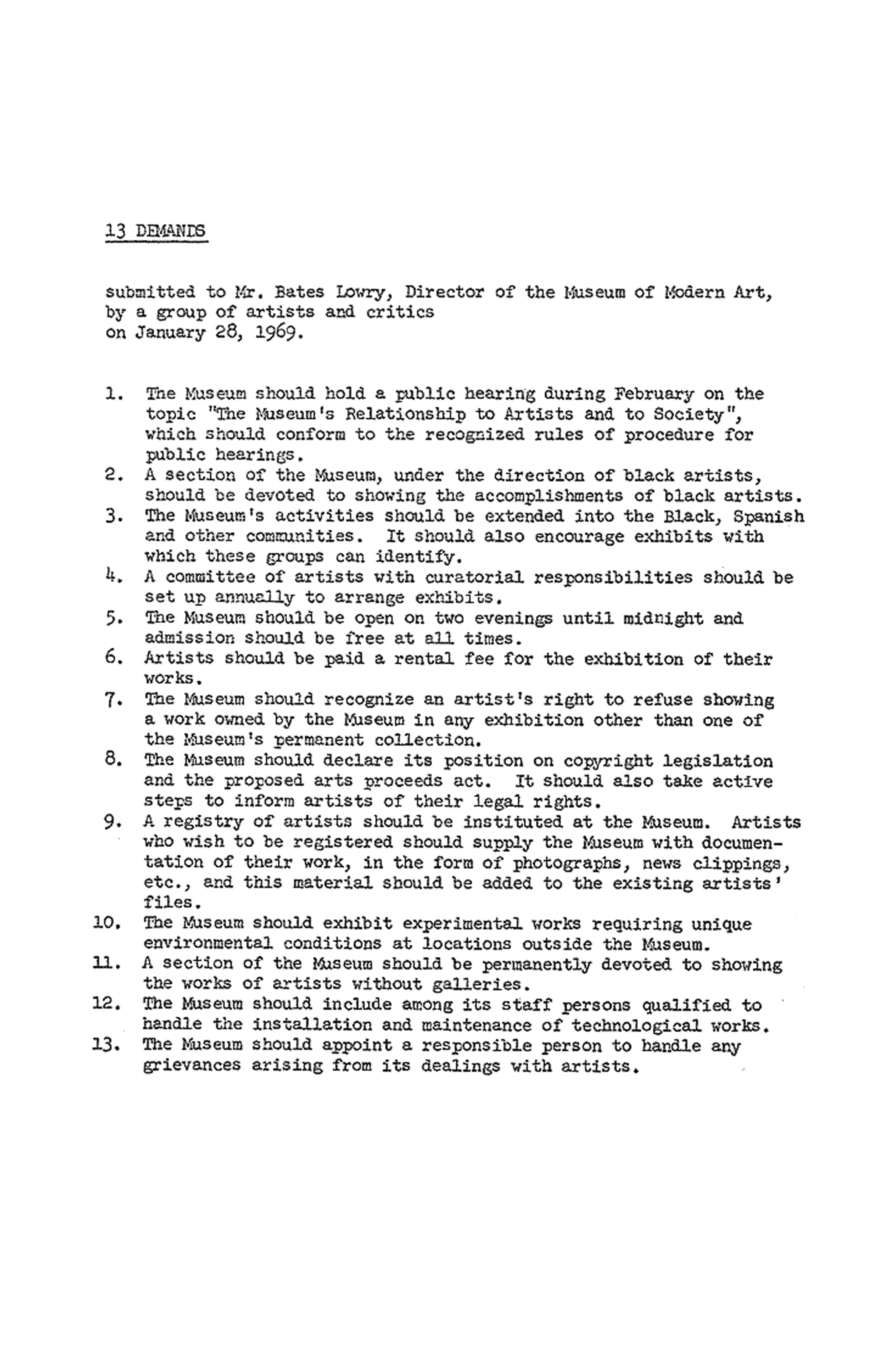 This exuberant techno-optimism is echoed by, well, The Library of Radiant Optimism, whose ornate poster directs viewers to access landmark do-it-yourself manuals on topics such as communal living, organic gardening and sustainable design, all available for free on their website. And the “an-archivist” collective Red76 presents another text-sharing piece, in which viewers are invited to submit “Prophetic Political Texts” to their site; as these manifestos accrue, a spotlight in the gallery window will increase in brightness.

The pieces without net interactivity still focus on documenting transformative moments from the Future Shock era. The group People Powered plastered a wall with manifestoes from groups such as Students for a Democratic Society and the Black Panthers; Conrad Bakker gave away slabs of wood with lovingly hand-painted renditions of other forward- and inward-looking 1970s paperbacks; and Edie Fake created clean, striking paintings, evoking black-light screenprints, of Chicago-area haunts that welcomed and helped to consolidate the LGBT community.

The reflexive nature of the futurist archive recalls Jorge Luis Borges’ story “The Library of Babel,” which describes the ecstatic vision of “a circular chamber containing a great circular book, whose spine is continuous and which follows the complete circle of the walls.” As we contemplate these texts, situated in our past, they strain in turn to situate us in their future. Potentially liberating, somewhat spooky. (Bert Stabler)