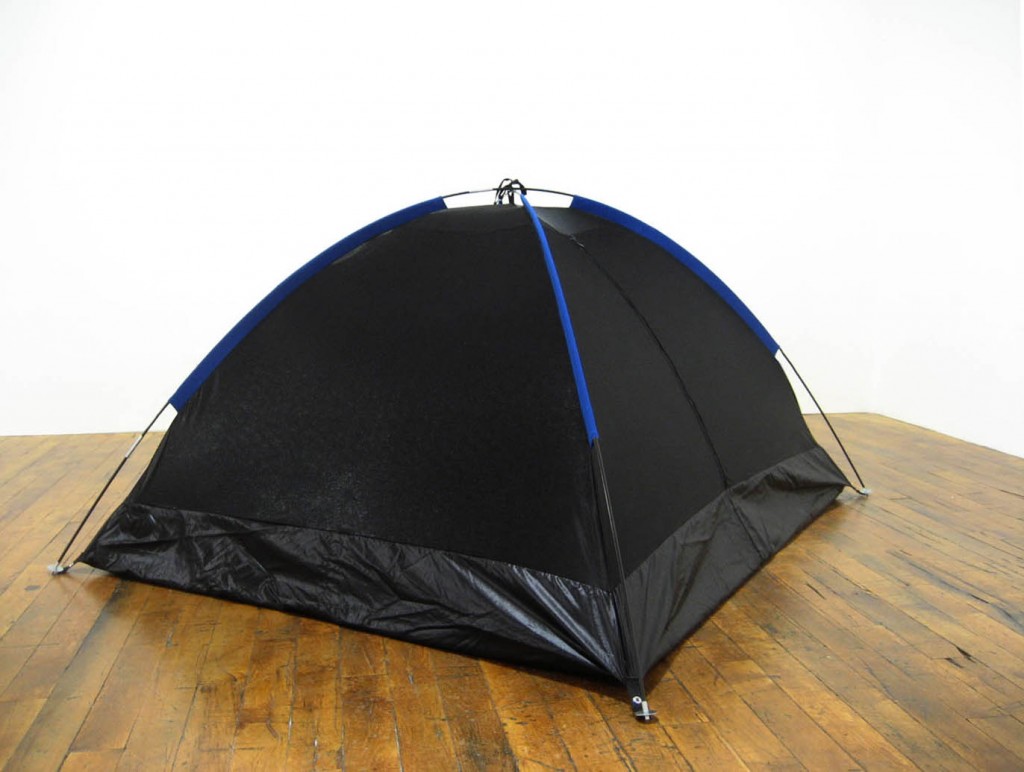 “Do you remember what I just said about the hammer?” asked Martin Heidegger in an imaginary encounter with Robert Solomon. “That it is not first of all a thing but a tool that we use. It is only when we suspect that something has gone wrong with it that we stop using it and look at it as a thing.” For Jared Madere, Ilia Ovechkin and Leah Patgorski, there does not seem to be any problem acknowledging the thing-ness of everyday implements, but rather problems with their representation. “What is a Hammer?” is the second exhibition at Adds Donna, organized by the quartet of artists who operate the space (Jerome Acks, Justin Jackson, Xavier Jimenez, and Jesus Gonzalez Flores). Upon my visit to AD, I was charmed to see how things in Garfield Park return to tools, finding this collective hard at work in an adjacent suite.

For Leah Patgorski, the hammer is questionable. Coming from an architectural background, Leah abandoned plotting space in CAD and now phrases the functional space in hand-sewn volumes. Her earlier work took the form of human-sized cylinders, swatches of orphaned oxfords, quilted to veil the absent subject inside. These inverted dressing rooms seem to signify a portal to the personal while meticulously constructed from the surplus of the masses. Patgorski’s contribution to the show, the verisimilitude of a tent for one, does not invite viewers in or offer many clues to reveal its handmade nature.

To the curators at AD, non-functional equals non-relational, denying participation in favor of an imagined sense of singularity in form alone. A piney fragrance pairs nicely with Patgorski’s floor model. Upon Jared Madere’s instruction, a Swiffer has been modified to apply the remnants of a photograph to the space. This performance trades representation for utility, leaving behind a semi-gloss surface in place of its own physicality. While Patgorski seems anxious to find a space for her work outside of the functional world, Madere finds household solutions to conceptual problems. For both artists, the quest for uselessness seems to be a laborious task, interrogating the function of spatial mediators in- and out-of-doors.

Join Adds Donna for more on the nature of all things through the works of pre-Socratic philosophers on Sunday, October 17, the second gathering of their informal reading group. PDFs of reading materials are available on their website. (Joe Jeffers)