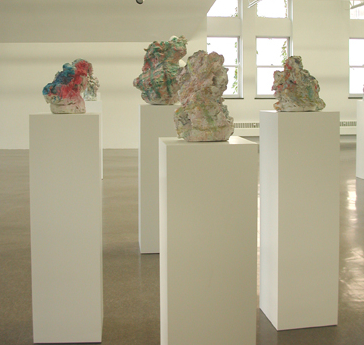 Here Rebecca Warren exhibits two types of sculpture. Medium-sized steel planks with a corroded patina are propped in a vague Constructivist revival style, each adorned with a single pom-pom ball. The steel sculptures are, plainly, a one-line joke, parodies of historical Minimalism. Humor in art can be a great antidote to the junk of life, but these sculptures are jokes about art, as if invented during an art student’s drinking game.

The second type of sculpture presented here is a series of clay piles on pedestals. The formless piles are manhandled and sparsely painted with some colors. There are, unfortunately, about eight of these sculptures, each no different than another (although one clay sculpture, with female parts, is quite good, though not better than Hans Bellmer). Personally, I get a lot of pleasure from abject and “unmonumental” art, but these pieces of shit pack no punch. As pieces of shit go, they don’t stink at all.

This series of clay sculptures do really resemble piles of feces, and it is a growing genre of contemporary ceramic sculpture. Rosemarie Trockel coyly titled her glazed ceramic shit mound “Pot,” in 2008. In the same year, William J. O’Brien made an untitled ceramic work with a similar goopy-ness. O’Brien will exhibit at The Renaissance Society later this year. Warren has been making her fecal mounds since 2002, but that’s not before Ken Price, whose painted clay reached an apex of abject beauty in the 1990s. Shit is always trying to climb higher, and although it dreams of material transformation, or transubstantiation, that takes a bit of special magic. Perhaps the initiator of this movement was the Italian artist Lucio Fontana, whose quasi-religious/gut-wrenchingly formalist “Deposition,” from 1953, could have birthed Warren’s generation of anal babies. 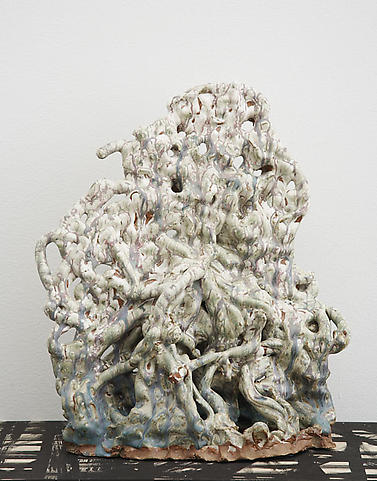 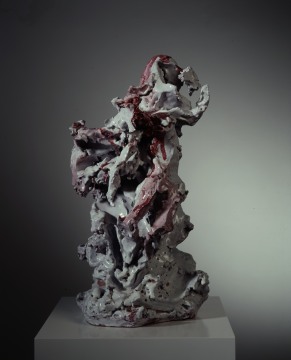 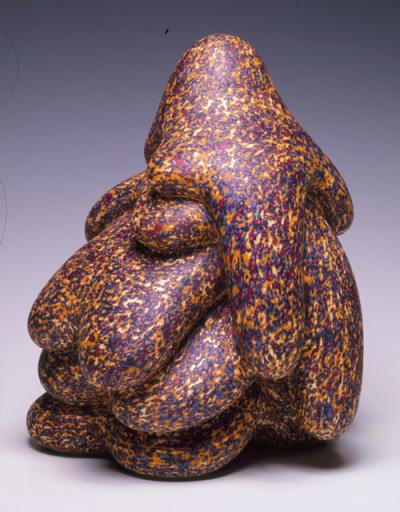 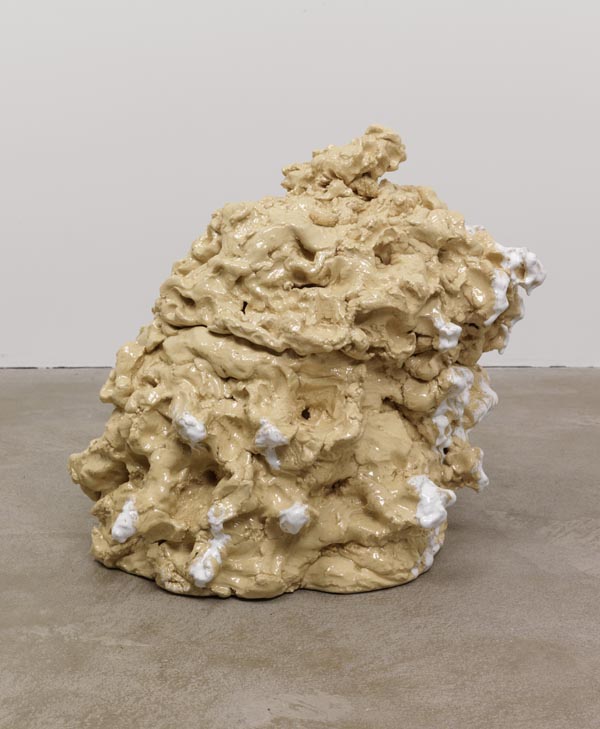 What makes one pile of shit better than the next? In his poem “The Beautiful Bowel Movement,” John Updike captures the difference between the daily duty and “a masterpiece.” The poet is “a potter who worked in this most frail, least grateful clay.” At the end Updike asks and answers, “How can I keep you? With this poem.” He likens his art with life, and even though his vanity is disgusting, it is honest.

Warren’s shit sculptures are like party poop—one glance and you know it’s fake. The unquestioning acceptance of any old piece of shit—here, Warren’s—by The Renaissance Society, which now only produces four exhibitions per year, is a waste of the institution’s good name and resources. In his exhibition essay, curator Hamza Walker attempts to push Warren’s shit through the tubes of academic art speak. “What isn’t a sculpture these days?” asks Walker. Typically, his loquaciousness can take a listener to great heights, but here is only hot air. Behold a miracle: the polished turd. (Jason Foumberg)

Through December 12 at The Renaissance Society, University of Chicago, 5811 South Ellis.

[…] second and third close looks to build connections. Her work has a raw and childish quality that polarizes and even irritates tastes and opinions; it pretty much gives two options: to hate it, or to love […]