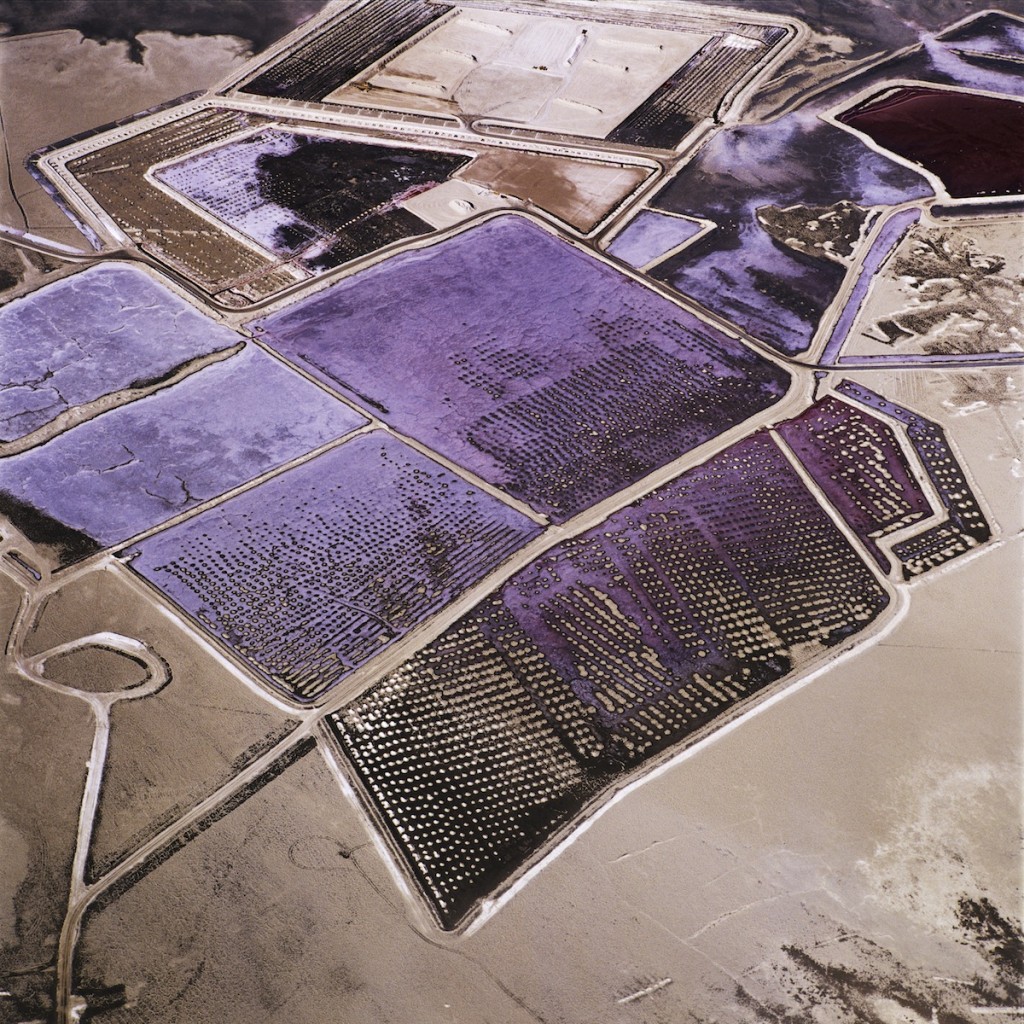 No two approaches to landscape photography are in greater contrast than Kim Keever’s color images of garishly illuminated misty, craggy “nature” scenes that he painstakingly constructs in a 200-gallon tank filled with water, and David Maisel’s large-format black-and-white and color aerial shots of the land as it has been scarred by industrial civilization. As it turns out, Keever’s contrivances are deceptively realistic, whereas Maisel’s straight shots often border on abstractions, especially his “Lake Project” series, in which he documents Owens Lake, in California, which was devastated in the construction of the Los Angeles aqueduct in 1926. In his most arresting shot, “Lake Project 6,” Maisel captures, from high above, the desertified lake bed, broken up into multicolored segments; his image would warm the heart of a passionate abstractionist were it not for its filthy and scarred traces of all-too-obvious human spoliation. As different as they are, Keever and Maisel unite on the postmodern dictum that “nature is dead”—the viewer is left to choose among hells. (Michael Weinstein)