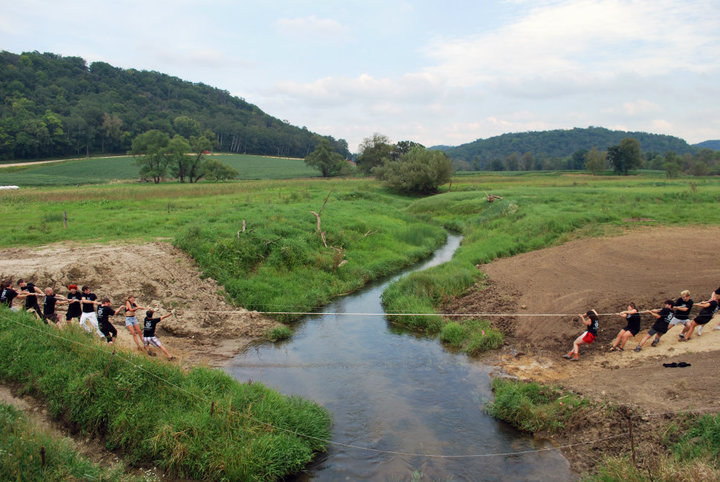 The closing of summer marked the end of ACRE’s inaugural season of artist residencies in rural Wisconsin. The ripening of autumn, though, brings ACRE’s residents back into the city for a yearlong exhibition program at the ACRE home base, a storefront gallery in Pilsen. Of the many local, national and international residency programs that swell with artists each summer, like Ox-Bow, Ragdale and Skowhegan, few offer solo exhibition opportunities for their participants. For ACRE, the exhibition component is part of a package deal, and built into the program’s name: Artists’ Cooperative Residency and Exhibitions.

Directors Emily Green and Nicholas Wylie founded ACRE on the premise that shared experiences and resources can help build an artistic community, and they’ve professionalized the experience. Residents must apply for a spot in the program, and applications are reviewed by a panel of art professors and curators (this year included Tricia Van Eck, Jason Lazarus, Lorelei Stewart, Anthony Elms and Steve Reinke). The exhibition component is another layer of professionalism. For many of the emerging artists who attend the summer sessions, this will be their first solo show. ACRE provides a clean, white-walled space and is partnering with other local galleries for the solo shows, including Mess Hall, Johalla Projects, No Coast/Roxaboxen, The Hills Esthetic Center and others. 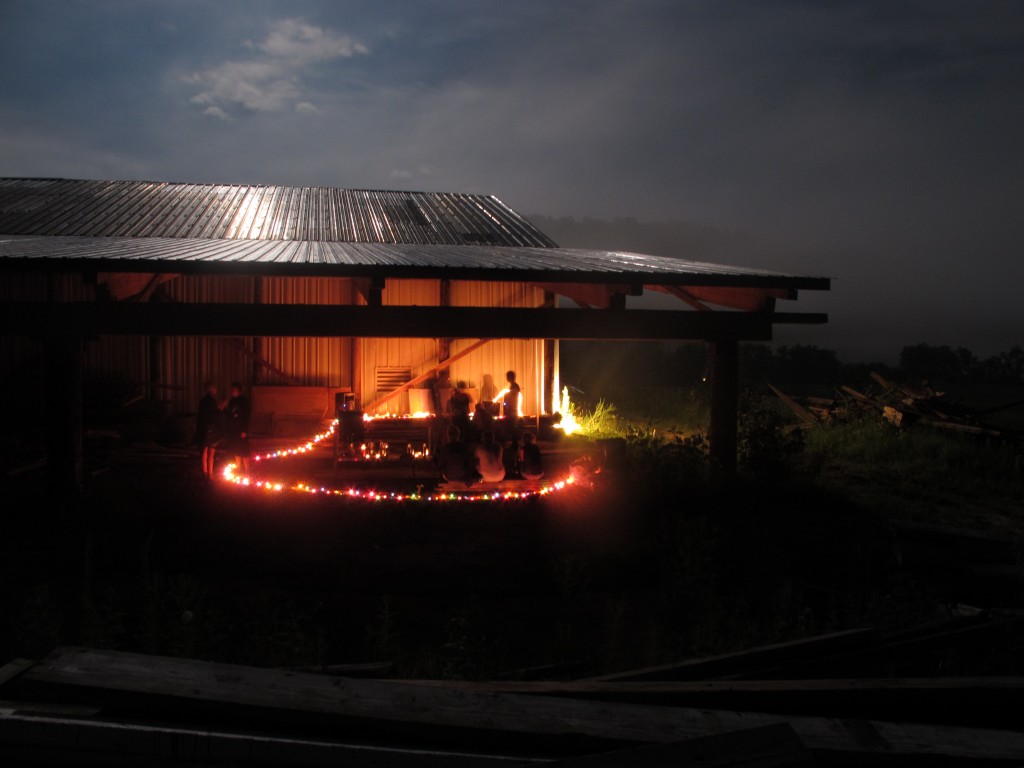 Green says that in Steuben, Wisconsin, population 170, it’s easy to lose track of time, and many of the informal onsite activities are filtered through creative practices. For instance, at the softball game, players made their own bats and balls from materials they had on hand. A reporter from the local Courier Press got wind of the game and used the word “unorthodox” twice in the article to describe the event. Visiting artist collective Industry of the Ordinary staged a tug of war match, and Chances Dances launched a makeshift gay bar and dance party outside a barn (called Gaycre). For some, these events can be attributed to the growing field of social art practice and performance; for others, it was an extended summer vacation.

Though this was Green and Wylie’s pilot year for ACRE, they aren’t strangers to the world of art residencies. Several years ago they helped Joe Jeffers form the Harold Arts Residency in Ohio. What began as an experiment at the Jeffers family farm quickly turned from art party in the woods to an artists’ retreat. When a unique property in Steuben became available, Green and Wylie tried to convince Jeffers to relocate Harold, but Jeffers has family ties to the Ohio property, and so ACRE was born. The Harold residency also had an exhibition component to its program, a curated group show featuring a selection of artists from the program. Now, with ACRE, Green and Wylie grant all residents a solo show. 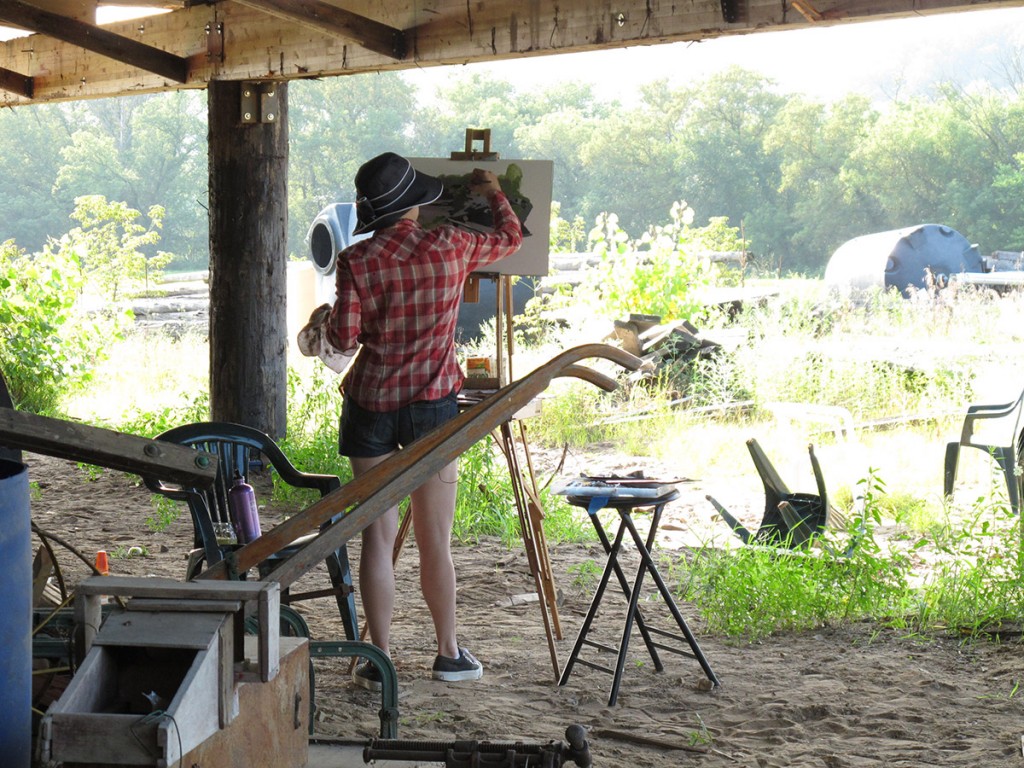 The unique property that drove Green and Wylie to split with Harold and to move the residency west is the Steuben Lodge, a campus of buildings that house a woodshop, recording studio, and screenprinting studio. It is a collection of eight unique buildings that are the result of an architectural salvage business based in Chicago. There’s a hangar from the Glenview Air Force base topped with a European-style ski chalet, and a huge timber supply from the original Sears building, plus artist studios, communal rooms and bedrooms. Green and Wylie have provided a small library, and after-dinner conversations about art often take place on the porch, on the edge of the property’s one-hundred acres, bristling with wildlife.

ACRE is working on achieving non-profit status, and in the meantime is staging art auctions, applying for grants, and using the popular Kickstarter website to garner monetary support. Fundraising will help subsidize the daily rents for artists at the residency. Green and Wylie are also artists and have day jobs. It’s their goal to make ACRE self-sustaining, but right now they’re “feeling driven to do it without compensation,” Green admits. The two-day exhibitions, which open each Sunday for the next year, are testament to ACRE’s support for an emerging artists’ community.

Information on ACRE’s year-long exhibition program and residency application can be found at acreresidency.org

[…] their installation Copse at the newborn artist cooperative ACRE Projects. Read more about them in this recent article by Jason […]