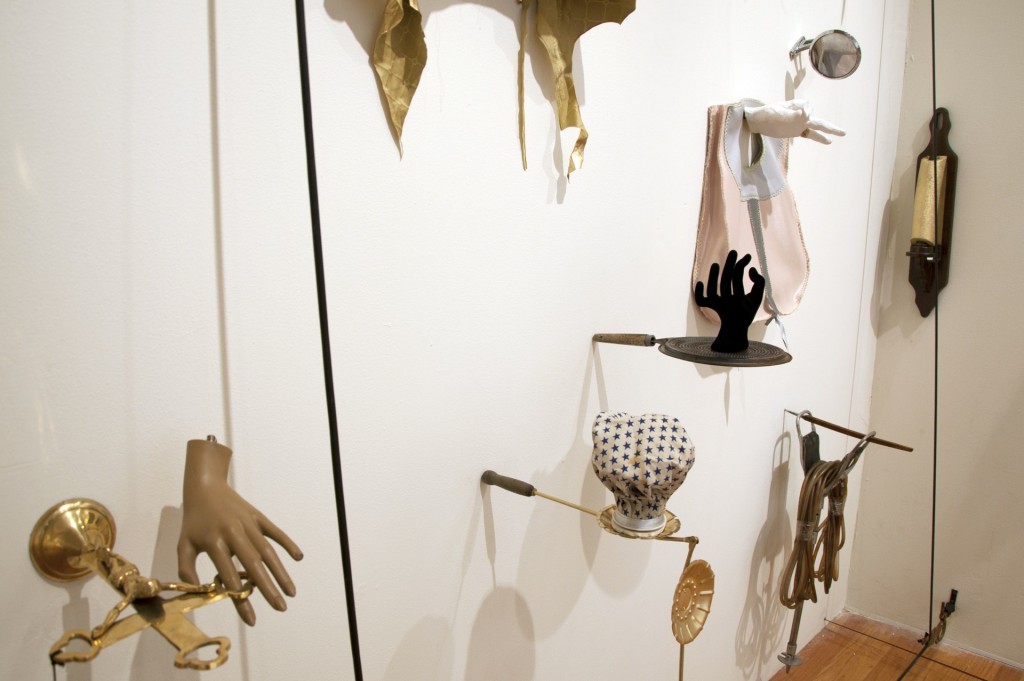 The term “tomboy” doesn’t necessarily equate with lesbianism. A woman who acts like a man, and who loves other women, is better described as a butch lesbian, the opposite of a femme. Usage of the pejorative “tomboy” dates back to the mid-1500s, three centuries before the word “lesbian” was ever used to mean woman/woman love. Where “butch lesbianism” concerns sex, “tomboy” concerns gender-flipping, and a straight woman can be a tomboy—she may enjoy male-coded activities like football, fixing car engines, wearing suits and spitting on the sidewalk. This stringent terminology is the side effect of decades-long battles over identity politics and civil rights.

Tomboy is a strategy; it is a reason to think about bodies again. Daphne Fitzpatrick’s pile of dirty old shoes is reminiscent of the devastating but common displays in Holocaust museums, where piles of victims’ shoes stand in for lost identities. Shoes are a buffer with the world, and they protect us. Fitzpatrick sheds these extensions of her body into a little pile like desiccated snake skins. Leeza Meksin also makes great use of body adornments and simulations in a large wall installation. Where Fitzpatrick’s shoes are crude, Meksin’s apparel and adornments are flashy and glamorous. There is an abundance of hands in the installation, and handheld items. Touch is invoked here, and the simulation of touch, and the longing for touch, as elsewhere in the show. It’s not touching for the sake of pleasure but for sharing a common body, a common goal. (Jason Foumberg)