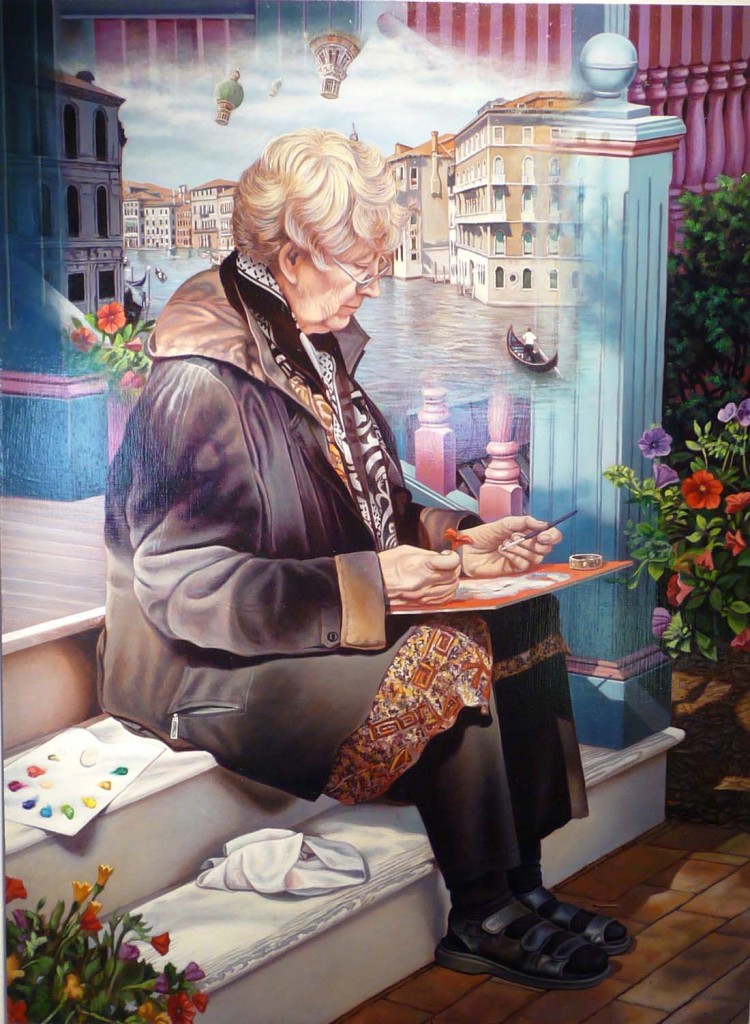 The Vienna School of Fantastic Realism, founded in 1946 by students of Albert Paris-Gütersloh, is one of the many living traditions of world art that’s never made it to Chicago. Maybe that’s because Vienna is as quintessentially aristocratic as Chicago is blue-collar. Or perhaps this less-irrational variant of Surrealism has been deemed tangential to that narrative of modern art so important to local cultural leaders. But now, one offshoot of the school is covering the endless white walls of the Murphy Hill Gallery.

Begun as the “Inscape Group” in 1961 by “a group of artists from England, dissatisfied with the way the art world was going,” they soon connected themselves to the aims and methods of Ernst Fuchs (born 1930), a prominent founder of the Vienna school. It was American-born Brigid Marlin (born 1936) who went to Fuchs in 1966 and brought back his meticulous “mische” technique of tempera and layered glazes. Thirty years later, she founded the Society for the Art of the Imagination for the “promotion of imaginative art around the world,” and now she and seventy other international visionary artists are showing their work in Chicago.

What’s it like? It’s something of a disappointment, at least compared to the bizarre but beautiful work of Fuchs. There’s no doubt of the technical virtuosity shown by Marlin and some of her top students like Dominican-born Miguel Tio who, like many others here, also works as a commercial artist. As stated on its website, the society is concerned “that respect for the craft of art has diminished.” Following the words of Ruskin, they want art “to enlighten what is incomprehensible, incorporate the things that have no measure, and immortalize the things that have no duration.” But most of the resulting work seems more appropriate for the covers of fantasy pulp fiction than for aesthetic contemplation.

On the positive side, however, the society is open-ended regarding both methods and visions. They might be proud of their tempera techniques, but they’re not restricted to them and, indeed, one of their members, Giselle Behrens from Venezuela, doesn’t paint at all, preferring to create her visionary art through digital photo manipulation. And though much of the work here is somewhat saccharine, there’s also the nightmarish visions of Belgian-born Amy Swartele, who uses layering techniques for a more disturbing effect. This may not be a great show, but it is fun to experience the imaginations of talented artists who never have and never will live in Chicago. (Chris Miller)