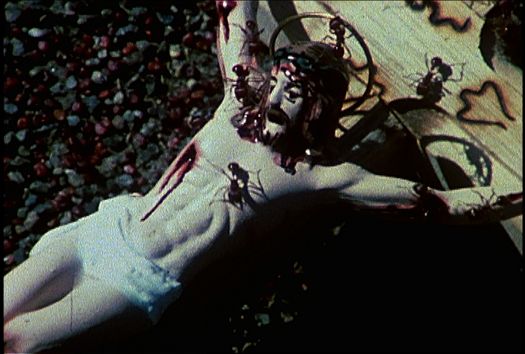 In 1990, artist and AIDS activist David Wojnarowicz challenged an audience in Normal, Illinois, screaming into a microphone, “If I tell you I’m a homosexual and a queer does it make you nervous? Does it prevent you from hearing anything I say?”

The 700 attendees had gathered for the opening of the first solo museum showing of Wojnarowicz’s expansive artwork, a ten-year retrospective at the University Galleries of Illinois State University called “Tongues of Flame.” Not only did that audience hear his outcries for civil rights, but they also translated those messages into actions within their community. Just two weeks after the show opened, a local ACT UP (AIDS Coalition to Unleash Power) chapter formed at the gallery, holding their first meeting surrounded by Wojnarowicz’s work. Barry Blinderman, the curator of “Tongues of Flame” and director of the University Galleries, called the show and its response “uplifting,” explaining, “The exhibit influenced a generation of students. Families brought their children, wanting them to learn from it. And, people came out as gay as a result of his speech.” He adds, “It’s the most important thing I’ve ever done as a curator.” 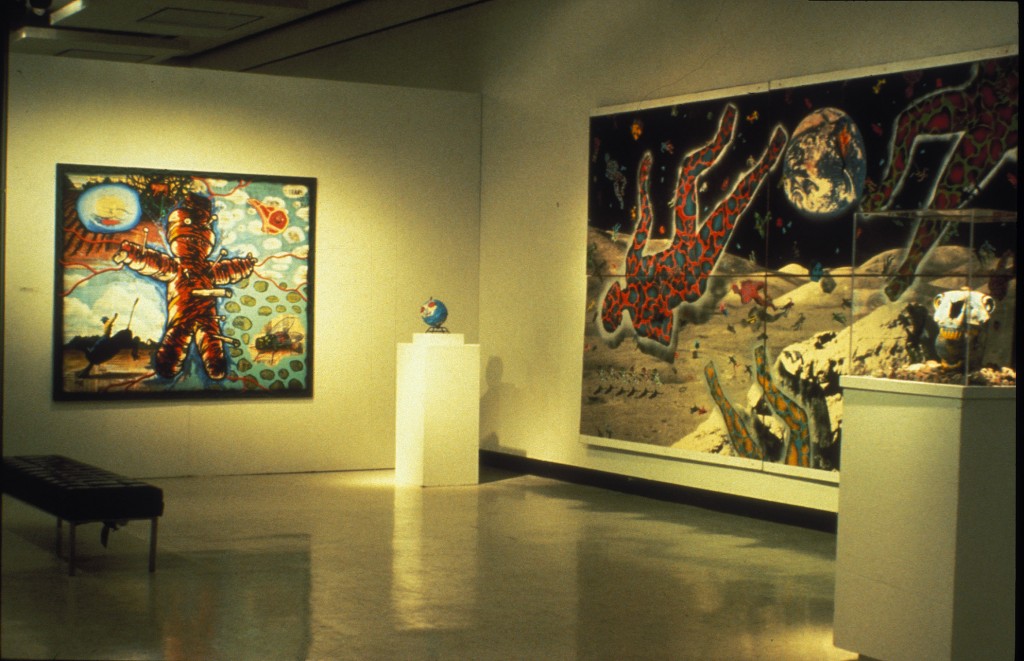 Meanwhile, the exhibition fueled a response from conservative Donald Wildmon, a Methodist minister and head of the American Family Association, who cut out images from the exhibition’s catalog, distorted them to depict only pornographic details, and mailed thousands of fliers with titles like, “Your Tax Dollars Helped Pay for These ‘Works of Art.’” When Wojnarowicz sued Wildmon for using the images without his permission, he won a historic Supreme Court case, “David Wojnarowicz v. American Family Association,” affirming the freedom of artistic expression.

Wojnarowicz’s images remain powerful, as well as threatening to right-wing propagandists and social “insiders” trying to preserve a singular vision of normative culture. On November 30, the Smithsonian’s Secretary G. Wayne Clough pulled Wojnarowicz’s video, “A Fire in My Belly,” from the National Portrait Gallery’s “Hide/Seek: Difference and Desire in American Portraiture” exhibition less than twenty-four hours after the conservative Catholic News Service railed against the show’s “homoerotic” theme and Catholic League president William Donohue labeled “A Fire in My Belly” as “hate speech” (hinging his interpretation on ten seconds of the four-minute video that Donohue described as “large ants eating away at Jesus on a crucifix”).

Like Wildmon, Donohue reduced Wojnarowicz’s complex, layered art to a single detail, decontextualizing it from a broader work that lamented a marginalized community suffering political and social vulnerability. Although Wojnarowicz is no longer alive to defend his intent, he frequently used ants as a metaphor for a mindlessly driven society. Interpretation, though, shouldn’t be a reason to justify artwork or silence it, as Donohue would like to. According to Blinderman, “You can make ‘A Fire in My Belly’ mean whatever you want. Art is bigger than one thing; art is multi-dimensional. And, artists have the right to put out whatever they want. We shouldn’t have to make excuses for it.”

Jenn Sichel, a research assistant for the Smithsonian’s exhibition and a University of Chicago PhD student, created a Facebook page called “Support Hide/Seek” to “show there’s a visible, supportive community of allies.” She continues, “Museums should be spaces for sustained critical thinking. The Smithsonian’s decision was antithetical to that goal. We deserve that [museum] space to have important conversations.”

Museums and institutions across the country are echoing the same sentiment and making sure conversations occur offline, in real time, with more than sixty organizations projecting “A Fire in My Belly” into their public spaces and holding discussions to engage and educate surrounding communities.

In Chicago, three groups in particular have fought against the intended silencing of Wojnarowicz. While the School of the Art Institute of Chicago and Nightingale Theatre each hosted single-night viewings of “A Fire in My Belly” in mid-December, the Smart Museum of Art is offering a more sustained screening in its galleries through February 6, and will stage a panel discussion in late January. The Smart Museum’s deputy director and chief curator, Stephanie Smith, hopes the exhibition will help viewers “step aside from the search-engine clutter and understand what they’re looking at.” To facilitate that understanding, Smith says the museum will provide a variety of interpretive materials, including wall text from local experts that express a multitude of perspectives on Wojnarowicz’s work.

The show will also alert viewers to Chicago’s long-term relationship with Wojnarowicz, highlighting three works held by The Art Institute of Chicago and one by the Museum of Contemporary Art. The Art Institute currently has Wojnarowicz’s “Queer Basher/Icarus Falling” installed in a politically charged gallery with artists—Felix Gonzalez-Torres, General Idea and Doris Salcedo, among others—who are champions of the disenfranchised. Although not on view, the MCA’s collection contains “Untitled (Buffalo),” which was appropriated by the band U2 for the cover of their “One” single benefiting AIDS research. Michael Darling, the MCA’s James W. Alsdorf chief curator, says the image depicts a “mindless adherence to convention,” providing a “haunting suggestion of the dangers of knee-jerk censorship when one considers this photograph against the recent events.”

As the Smithsonian fiasco proves, socially engaged artwork and exhibitions are still vital to promoting inclusive civic dialogue. In the 1980s and 1990s, Wojnarowicz fought for his experience as a homosexual man suffering from AIDS to be acknowledged, instigating community actions to foster freedom of expression. In 2010, institutions, foundations, writers, social networks, museum visitors and many others are making sure his voice is still heard. And, here in Chicago, we keep turning up the volume.

David Wojnarowicz’s “A Fire in My Belly” screens at the Smart Museum of Art, 5550 South Greenwood, through February 6. A panel discussion takes place January 27.