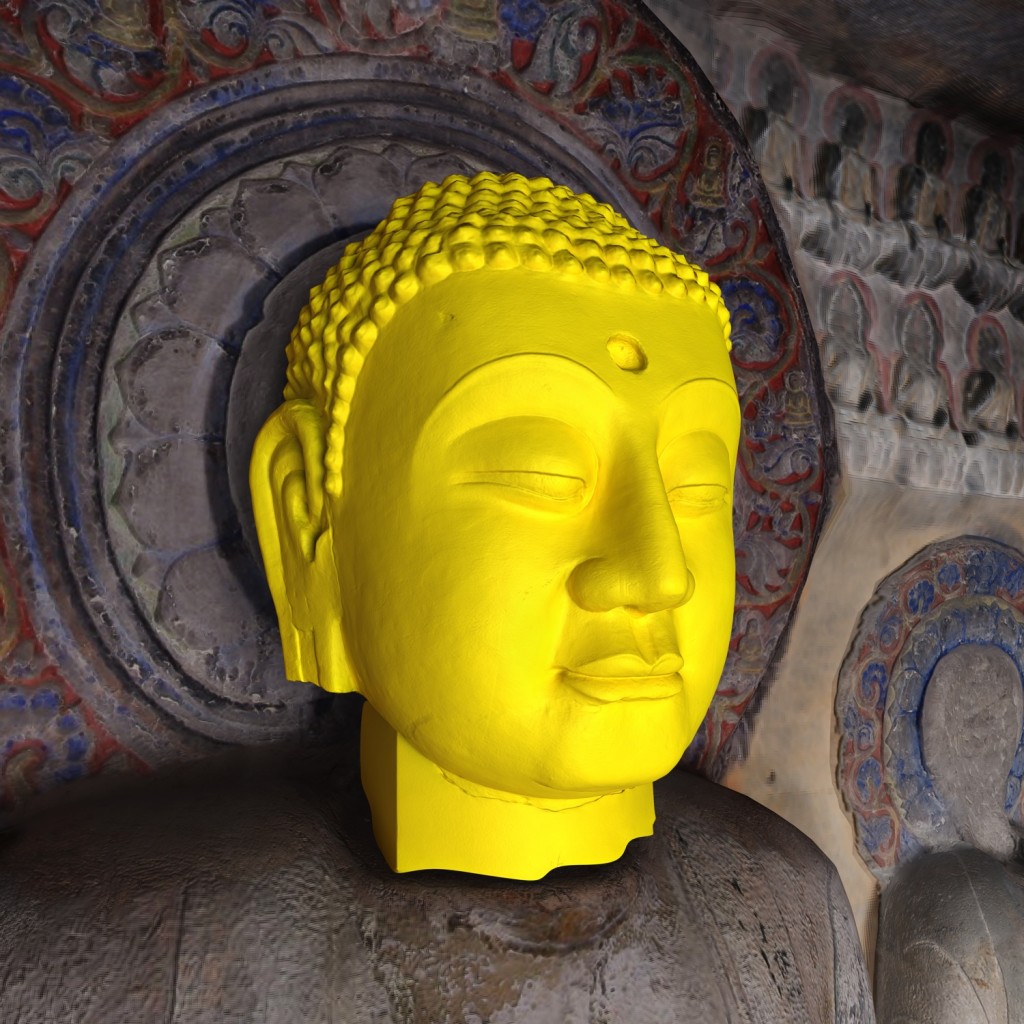 In 1909, distinguished poet and orientalist Victor Segalen, author of “La Grande Statuaire chinoise,” found himself and a colleague alone with a splendid statue of the Buddha in a remote shrine in China. Despite some damage to the torso, “its profile had retained its nobility, its eyes their gaze, the smile of its mouth its generous sweetness and a kind of irony.” Immediately they knew what they had to do. “This statue, we must have it! We will not leave without it!” Removing an axe from their luggage, Segalen began chopping at the neck. The noise attracted the attention of two locals, who showed Segalen how to apply wedges and wooden blocks to make the work so much easier.

Imagine that process repeated tens of thousands of times in grottos and temples throughout China in the early twentieth century. Plunderers carted off entire shrines, servicing the hot European market for world art. The chopped-off heads, hands, whatever, eventually entered the collections of far-flung museums, including American.

But times have changed. The pioneering scholar of Japanese Buddhist art, Ernest Fenellosa (1853-1908) believed that “we are approaching the time when the art work of all the world of man may be looked upon as one, as infinite variations in a single kind of mental and social effort.” Modern scholars, though, are more likely to agree with Sir Edmund Leach (1910-1989): “Works of art are not just things in themselves, they are objects carrying moral implications. What the moral implication is depends upon where they are.” 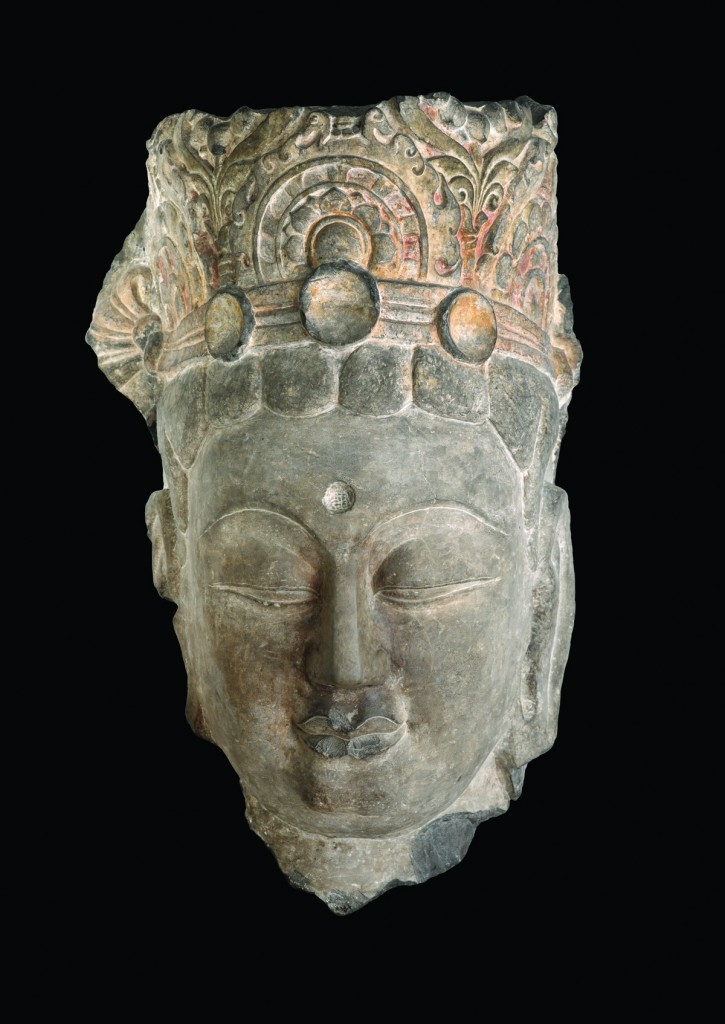 So now, a century later, the University of Chicago has begun a project to restore one of the original sites, the Buddhist cave temples of Xiangtangshan. No, museums will not be sending the loot back to China, but 3-D scanning techniques now allow for fragments to be scanned and “printed” as 3-D copies or assembled as images into a virtual reality, which has been projected onto a wrap-around, floor-to-ceiling screen in an exhibition at the Smart Museum. This virtual cave is an artist’s rendering of the digital information. As the exhibition’s curator Katherine R. Tsiang explains, it is intended “to invoke the experience of the cave not only spatially, but conceptually and over time,” and it is supplemented with touch-screens that offer iconographic information.

As another pioneer in world art, Andre Malraux, once asserted, “Art is not learned, it is encountered,” and happily (perhaps as an afterthought) curators have complemented this digital display with thirteen actual sculptural fragments (mostly heads and hands, but also a few complete figures) which have traveled here from museums in New York, Philadelphia, Cleveland and San Francisco.

What’s especially delightful and unique about this display is that all of the pieces come from one place and time: the Xiangtangshan grottos during the short-lived Qi Dynasty of northern China (550-577), and they all have a kind of simple sweetness that feels less severe and dogmatic than the Wei dynasty (386-535) statuary that preceded it, and more natural than the Tang dynasty (618-907) that followed.

This is a once-in-a-lifetime opportunity to see so many examples of this (or possibly any) site-specific genre of Buddhist sculpture. It’s also a chance to compare original fragments with the computer-mapped versions derived from them. However accurate those mappings may be in terms of size and iconographic detail, aesthetically, they’re ruins. And what is so remarkable about the thirteen originals is how good each and every one of them looks. They’re in great condition and, just as in the great medieval French cathedrals, the standard of workmanship was very, very high. 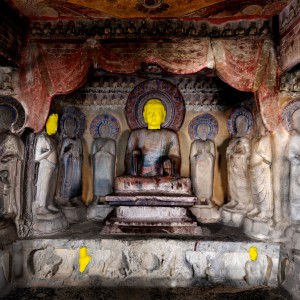 One might even consider this virtual cave as an updated version of the plaster cast galleries that the Art Institute and other museums dismantled fifty years ago in favor of original objects. But whether analog or digital, as long as these stolen fragments remain in museums, they ironically continue to fulfill the mo fa prophecy of the Mahayana Buddhist scholars of sixth-century China who believed that the dharma would be lost and Buddhism would be marginalized over the following millennia.

“Echoes of the Past: The Buddhist Cave Temples of Xiangtangshan” shows at the Smart Museum of Art through January 16.

It should be noted that the largest data files currently possible were not used in the digital reproductions prepared for this exhibit. But we can speculate that digital copies will eventually be as accurate as plaster casts, i .e. they will be made visually indistinguishable from the originals, both as 3-D prints and as projections onto a wrap-around screen. At that time, museums will be able to reconsider the display of copies of great sculptures whose originals are unavailable. Would viewers rather see perfect copies of the first-rate pieces by the greatest masters, or second-rate originals, or both? American museums,… Read more »