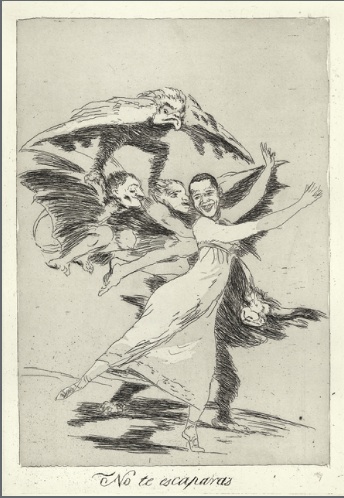 Comic and cartoon artists work quietly but profusely in Chicago, drawn, perhaps, to the functionality of its gridded streets, city blocks like frames on a page. Comic book and specialty bookstores like Quimby’s and Challengers flourish because there is an audience for experimental narratives and a vibrant community surrounding comic art. In reaction to such public interest, January brings a flurry of exhibitions related to comic and sequential narrative art.

For those interested in historical context, the Block Museum in Evanston offers a small but superb collection of prints in “The Satirical Edge,” with work from the 1950s to the present, all using graphic comic and cartoon imagery for socio-political commentary. The majority of this collection features a group of artists, the “Outlaw Printmakers,” who were part of a 2004 exhibition at Big Cat Gallery in New York. Most striking are Tom Huck’s series of small-town narratives depicted in large, hypnotically intricate woodcuts. A handful of R. Crumb comic books from the early 1970s are the only direct connection to comics, but the influence of comic art is evident in works like Richard Mock’s bug-eyed linocuts and Enrique Chagoya’s collaged accordion book.

Chagoya’s newer work is also prominently displayed, and includes an etching from his latest edition, a dancing, demon-chased Obama, a subtle revision of Goya’s “Los Caprichos.” The Block aptly compliments the “Satirical Edge” with a concurrent exhibition of prints by eighteenth-century caricaturist and political cartoonist Thomas Rowlandson. 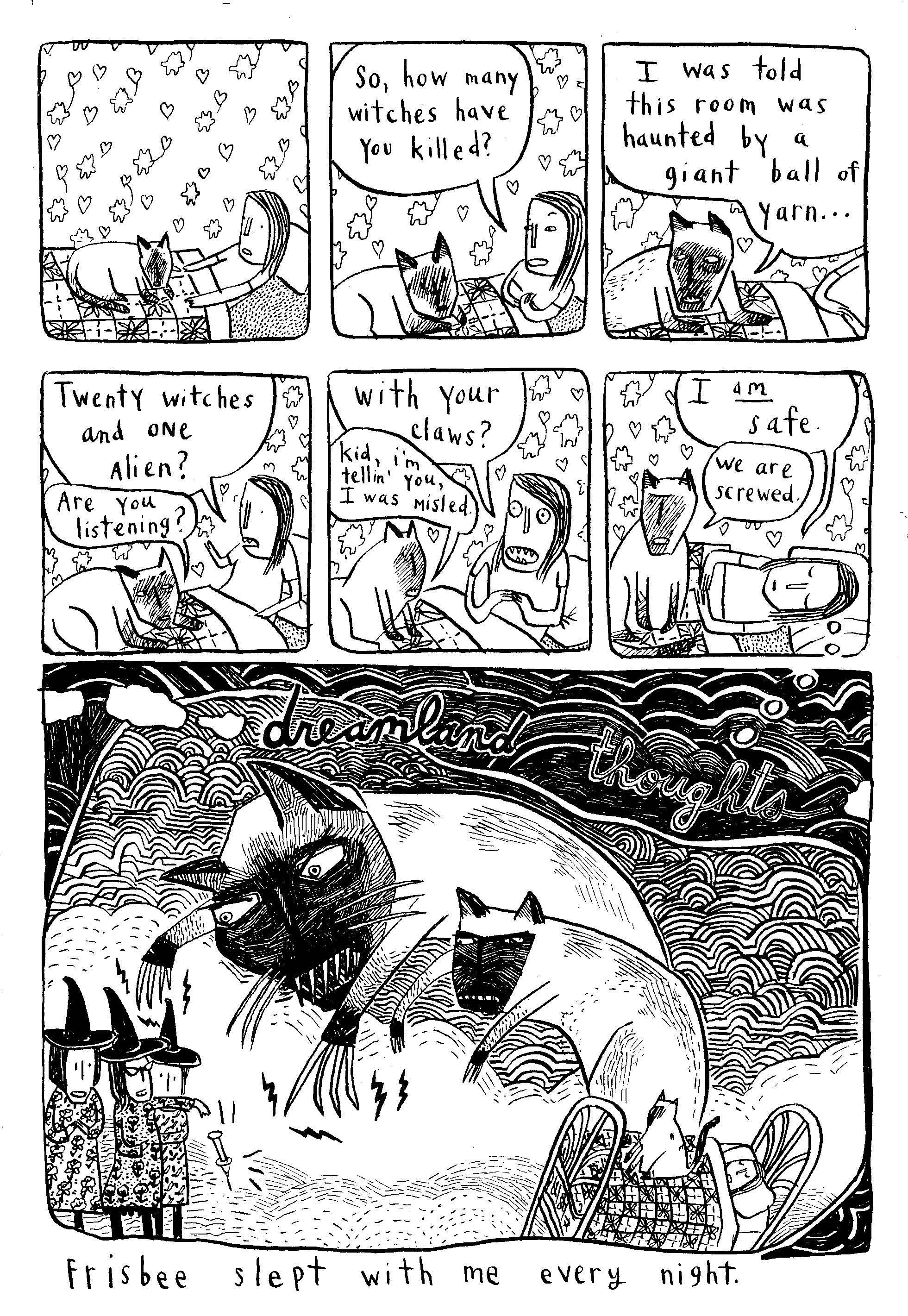 A survey of twenty-two contemporary Chicago comic artists is shown at Las Manos Gallery in Andersonville. Titled “StatiCCreep,” the exhibition, like many presentations of comic art, is a visual overload, without coherent direction. Hung salon-style, the work tends to blend together. There are sketches, comic-book page layouts, hyper-realistic fantasy cover art and an animated cartoon.

After sifting through the stereotypical breasts and biceps of mass-produced comics, a few artists offer engaging alternatives. The prolific Jeffrey Brown indulges in uncharacteristic, yet funny, zombie illustrations. Nicole Hollander’s classic “Sylvia” strips and Heather McAdams’ strange, endearing portraits of famous country singers represent the seasoned newspaper syndicates. Happily, emerging artists also play an active role in this exhibition, such as Lucy Knisley, whose intricate pen-and-ink drawings reveal a deceptively sweet style with wry undertones. Corinne Mucha’s witty one-page comics function as short stories and hypothetical worlds, with a suitably simple line and engaging dialogue. Wisely, in the back of the gallery, many of the artists’ books are offered for sale, providing a much-needed opportunity to read and reflect on larger bodies of narrative work. 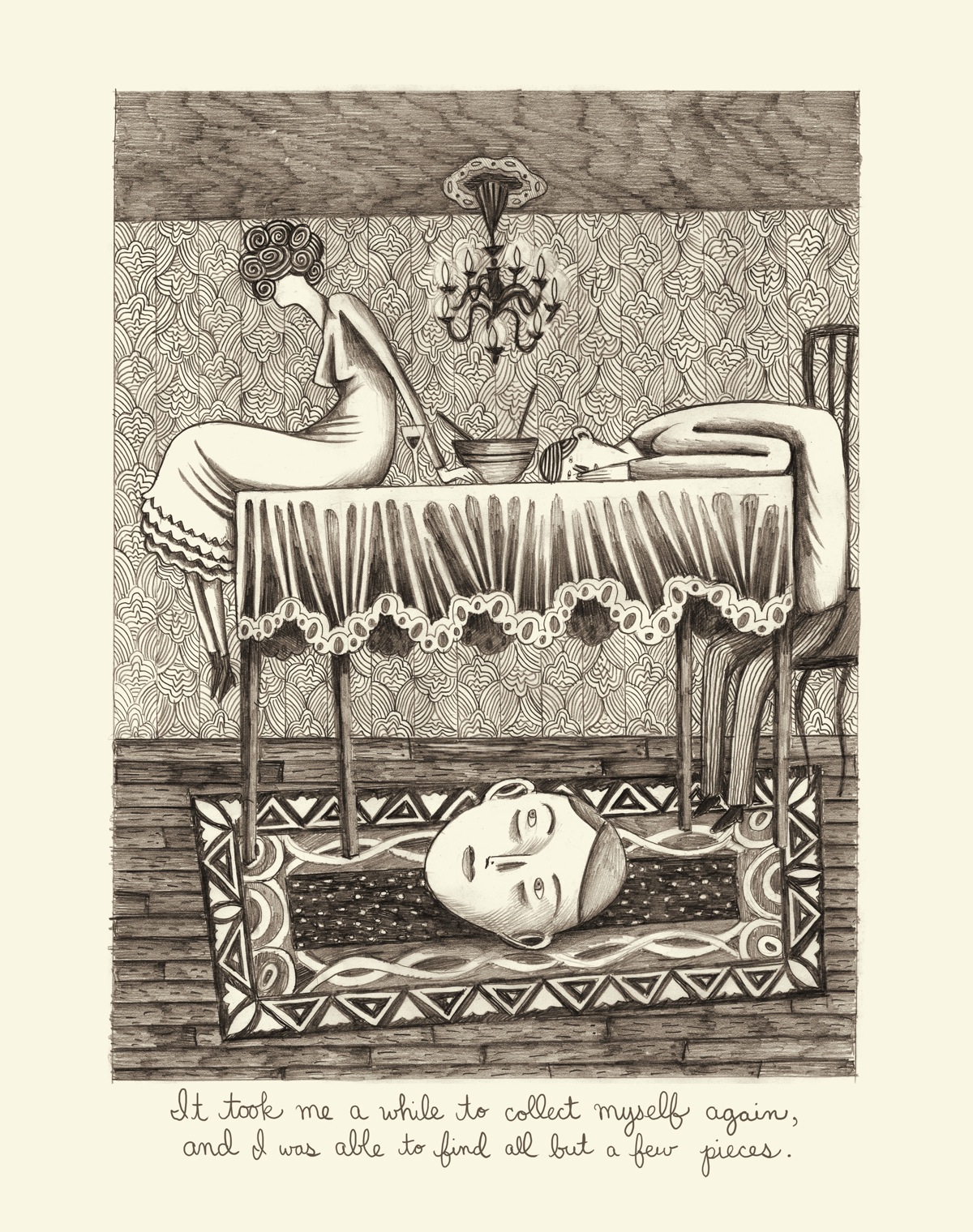 Concurrently, the Museum of Contemporary Art focuses on four local, working artists in “New Chicago Comics.” Jeffrey Brown makes an appearance, along with Lilli Carré, Paul Hornschemeier and Anders Nilsen. It’s quite familial, for Brown, Hornschemeier and Nilsen all belonged to the same small collective from 2002-2008 called The Holy Consumption, a weekly drawing exercise and promotional venture. Despite the closely cast net, however, all four artists are pioneers, redrawing boundaries and offering new insights into the narrative possibilities of comic art.

What is lacking in “New Chicago Comics” is a cohesive institutional understanding of the medium. The title is a misnomer, for the majority of the work shown is neither new (much of the work spans the last decade), nor truly intended for exhibition. The oft-overlooked issue with presenting contemporary comic art is its intended final product. Most of the time the end result of comic art is a printed publication, a book or a zine, but problematically museums and galleries insist on showing comic art that is in transition. Blue-pencil and ink drawings require subsequent colorings and reproduction, and when printed are meant to be physically held, read and absorbed on multiple levels. Viewers automatically reached to turn the pages of Carré’s artist books, and closely hunched over the cases protecting Brown’s sketchbooks as if poised to dive in. As a result, “New Chicago Comics” begs for a reading room, an interactive display of the artists’ books, to be handled alongside the originals, allowing for tactile interaction and an appreciation of both imagery and text. 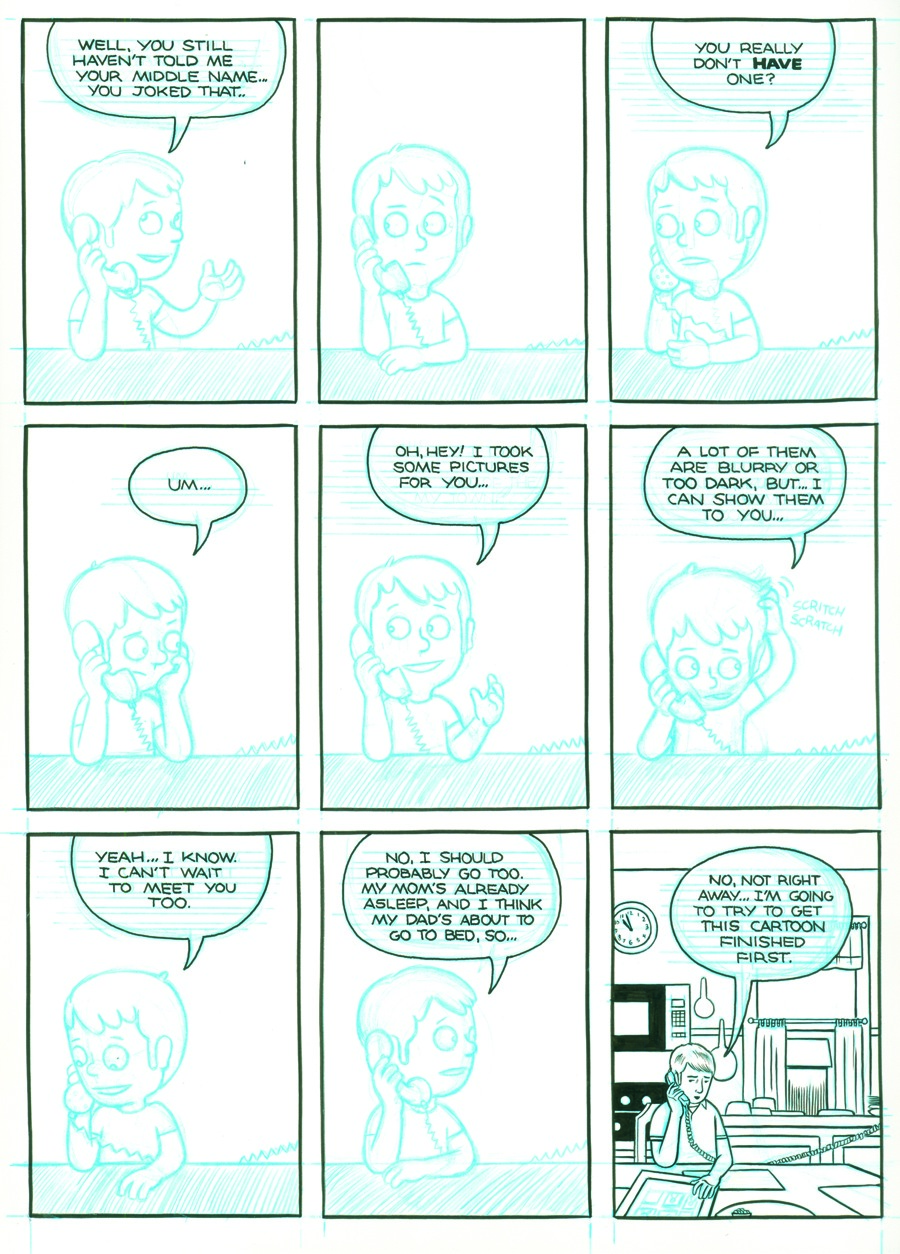 Paul Hornschemeier, from "The Three Paradoxes," 2006, at the MCA (click to enlarge)

Unfortunately, as a result, Paul Hornschemeier’s work suffers the most from the presentation. In order to highlight his multi-faceted drawing styles, instead of just showing varied work, Hornschemeier’s entire book, “The Three Paradoxes” (2006), is printed verbatim on vinyl wallpaper. The book is a highly experimental graphic narrative in both style and form, yet most of it is plastered illegibly high on the wall. His blue pencil and black ink drawings, pieces that are intended for publication and subsequent stages of inking and coloring, are the only original work of his that is displayed.

The art world’s reliance on simply plucking pages from soon-to-be books does not do full justice to an artist’s intent. Exhibiting working drawings is only one facet of comic art; it can be a useful aid, but is too often an endpoint. Comic art, when pushed to the walls, is strongest when it can simultaneously function as a singular work as well as a piece in a larger narrative. The four artists in “New Chicago Comics” are seasoned and talented enough to recognize this, and the pages presented are certainly powerful in their own right.

Ultimately, despite technicalities of display, the comic art currently presented in Chicago is engaging and exciting because many of these artists function as modern philosophers: posing and answering mundane, existential, and wildly hypothetical questions with grace. These artists work as skillful storytellers, playing with, and against, the ever-dangerous, charming nostalgia of comic imagery.