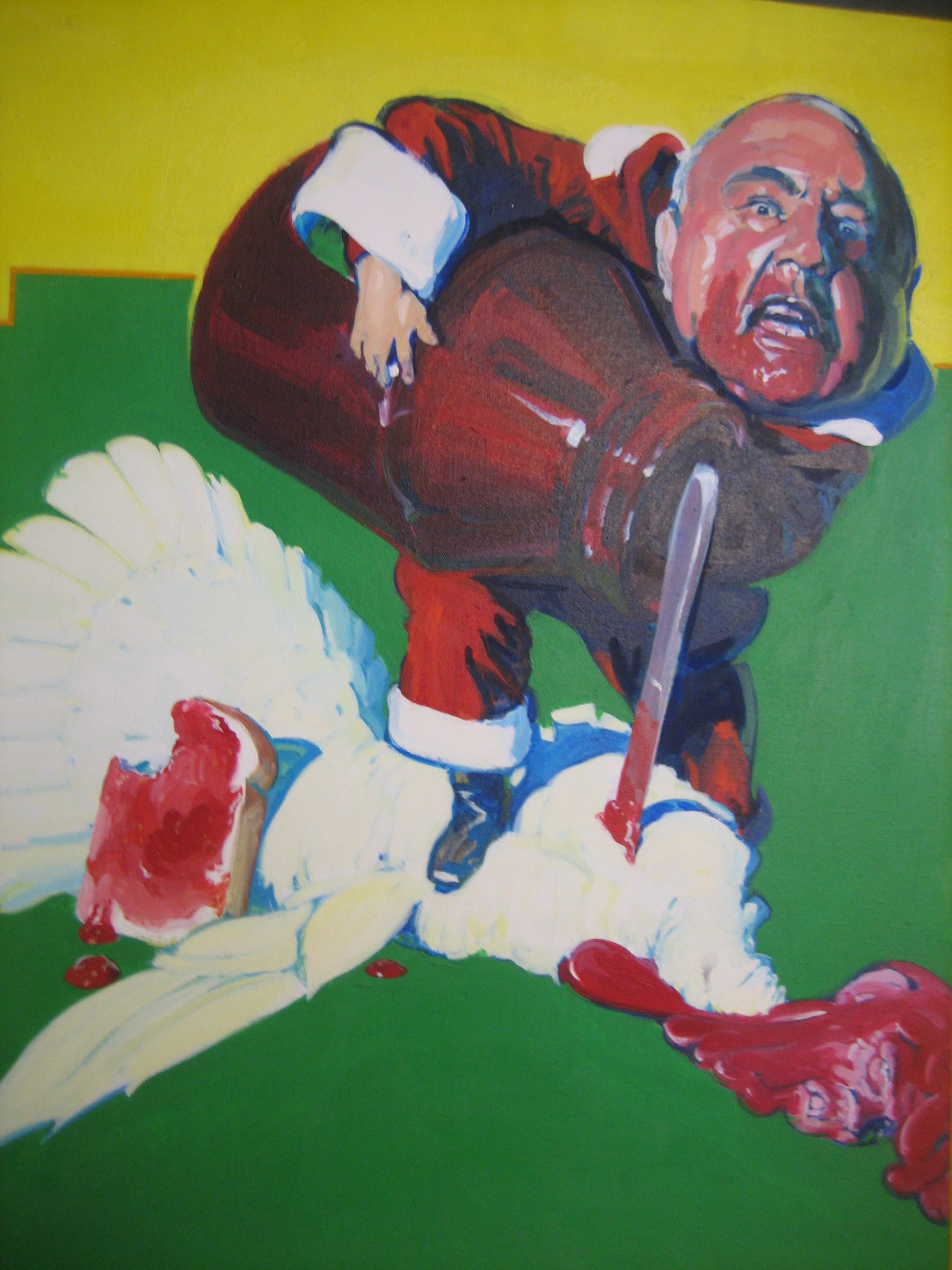 Born and raised on the South Side, George Roth, 78, spent much of the twentieth-century creating images for books, magazines, posters and record albums in Chicago. Currently fighting cancer, Roth will be showing paintings from his Jazz Heads series of monolithic black-and-white portraits of his musical heroes (tinyurl.com/jazzheads) at the Lucerne, Switzerland Railway Station later this winter. I recently sat down with him at his Evanston home to talk about how he got into the biz, the stories behind some of his works, and what it was like working for Playboy.

What was it like growing up in Chicago in the thirties?

My parents were Jews who emigrated from Hungary. My father came here to avoid being drafted into the Hungarian army for the third time. We lived at 69th and South Park, which is now King Drive, in a neighborhood called Park Manor. The area was mostly middle class and Irish-Catholic back then.

My dad was a headwaiter who took pride in working for good restaurants like the Glass Hat at the Congress Hotel. I worked there for a while in the hatcheck department. That could have been, but didn’t turn out to be, a good education for me, because the girls were cute. But I just didn’t know what to do.

What led you to an art career?

I was always an artist. I can remember doing art as a very young child in my mother’s kitchen. I was already doing comic strips at age 6 or 7. By this time there was a war going on again in Europe and I was drawing planes bombing and shooting each other down, you know, the stuff little boys draw.

After high school I completed a three-year course at the American Academy of Art, and then I worked for three-and-a-half years at Pontiac Engraving, designing milk cartons. After that I worked as an apprentice illustrator at Devenny-Wood Studios until 1960 when, with the encouragement of my wife Pat, I went freelance. I did pretty well at it. 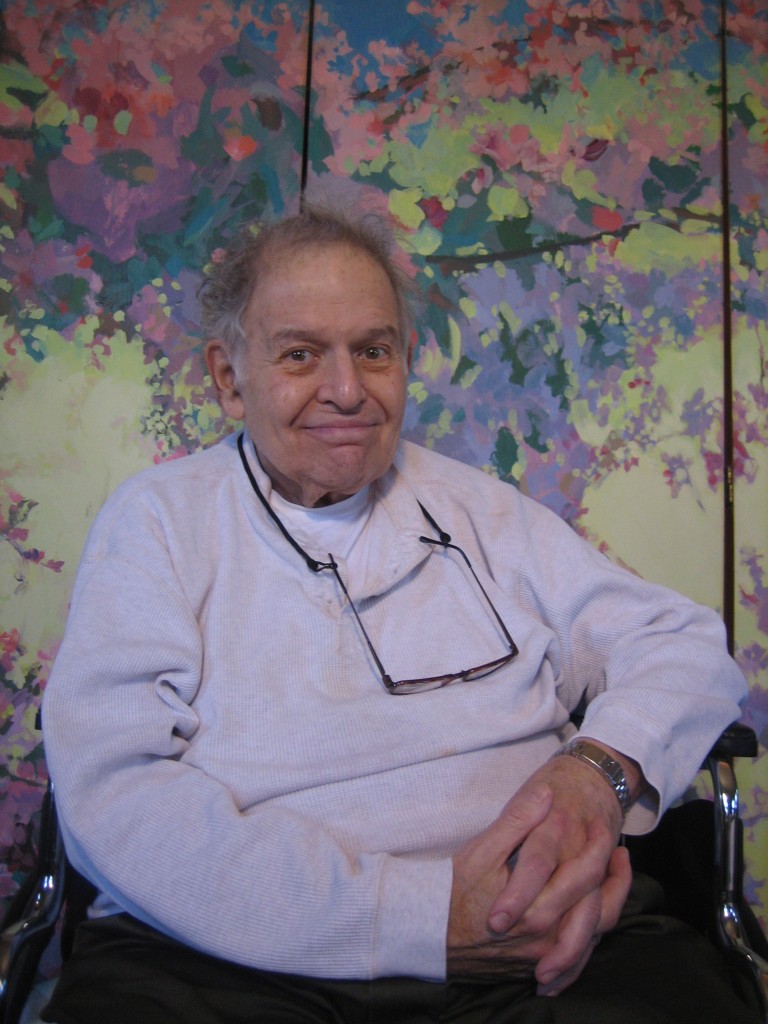 When did you work for Playboy?

In the late sixties and early seventies. I did illustrations for articles and I was a real hound dog for work—I hounded Playboy as much as I could. Art Paul was the art director at the time. He was very appreciative and helpful.

A few illustrations I did for Playboy stand out in my mind. One was about Lee Harvey Oswald. I had a tiny, tiny little photograph, which I enlarged so that it came out very grainy and soft. That won an award for me. Then I did a pencil drawing for an article on Dave Brubeck, which I was proud of.

And I helped illustrate a book about crime for Playboy where the pictures were in the style of the art that was being done at the time, the subjects were active. For instance, there was a section about tough gangs on the Lower East Side of New York. Art Paul wanted me to do them in the style of John French Sloan—he was a member of the Ashcan School. And then he wanted me to do one of a guy who was executed in the electric chair in the style of Edward Hopper.

Did you ever meet Hef, or hang out at his mansion or the clubs?

I’d catch a glimpse of Hefner now and then. I did a series of pictures of the inside of the Chicago Playboy Club, but they were never published.

You did a lot of illustrations of jazz musicians. Meet any famous jazzmen during your career?

I was introduced to Thelonious Monk. He was a perfectly nifty guy who just played the piano and kept to himself. Another time I saw Charlie Parker at the Beehive [located at 55th and Harper in Hyde Park]. Seeing Parker was a sad experience. It was near the end of his career. He was standing behind the bar, blowing. There was no backing group. When he was finished a patron told him he wasn’t playing very well. He said, “Hey Bird, why didn’t you do more? Bring some chops next time.” I’m sure Bird was very ill at the time, and the next I heard he died.

What’s the story behind this [the painting of an enraged Richard J. Daley in a Santa suit, shown above]?

This painting is from an entertainment magazine called Jam. In the early seventies the older Mayor Daley was in political fights with Governor Dan Walker. I portrayed Walker as a turkey because that’s how he appeared to many people, as a loser. Daley was ultraconservative and Walker was liberal, and that didn’t sit too well with the mayor. Daley helped in the governor’s political demise by backing his challenger in the Democratic primary. 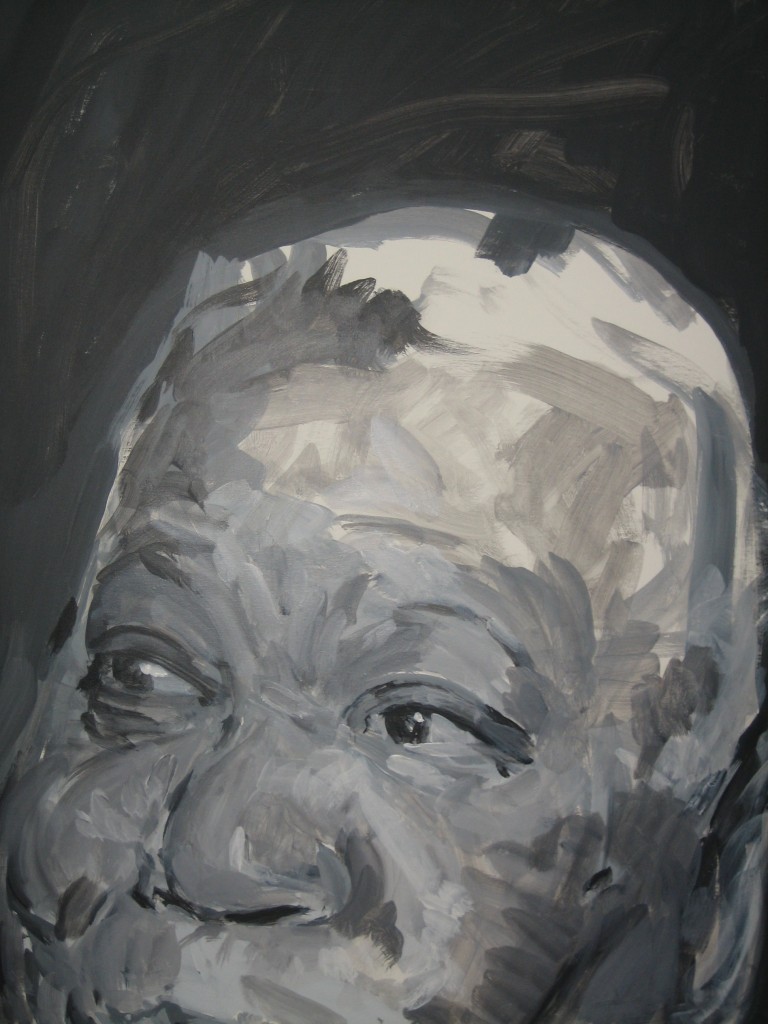 What’s your proudest accomplishment as an artist?

There’s one of them [points to a folding wooden screen painted with blossoming tree branches in pastel tones]. I like the color and the freshness of it. It expresses exactly what I wanted to express. It’s a crab apple that grew outside of our window and flowered for us every year. But now it’s dying—almost gone.

So you’re going to be showing your Jazz Heads in Lucerne?

Yeah, I got the idea a couple of years ago to paint a number of musicians I really admired. The series includes Bird, Benny Goodman, John Coltrane, Billie Holiday and Louis Armstrong and a few more.

I know that there are some very excellent young artists doing illustrations nowadays. So the ability to illustrate continues on, and illustrations can convey things that photos can’t. That makes me feel very good because, after all, that’s what I did and that’s what I’d like to see continue.