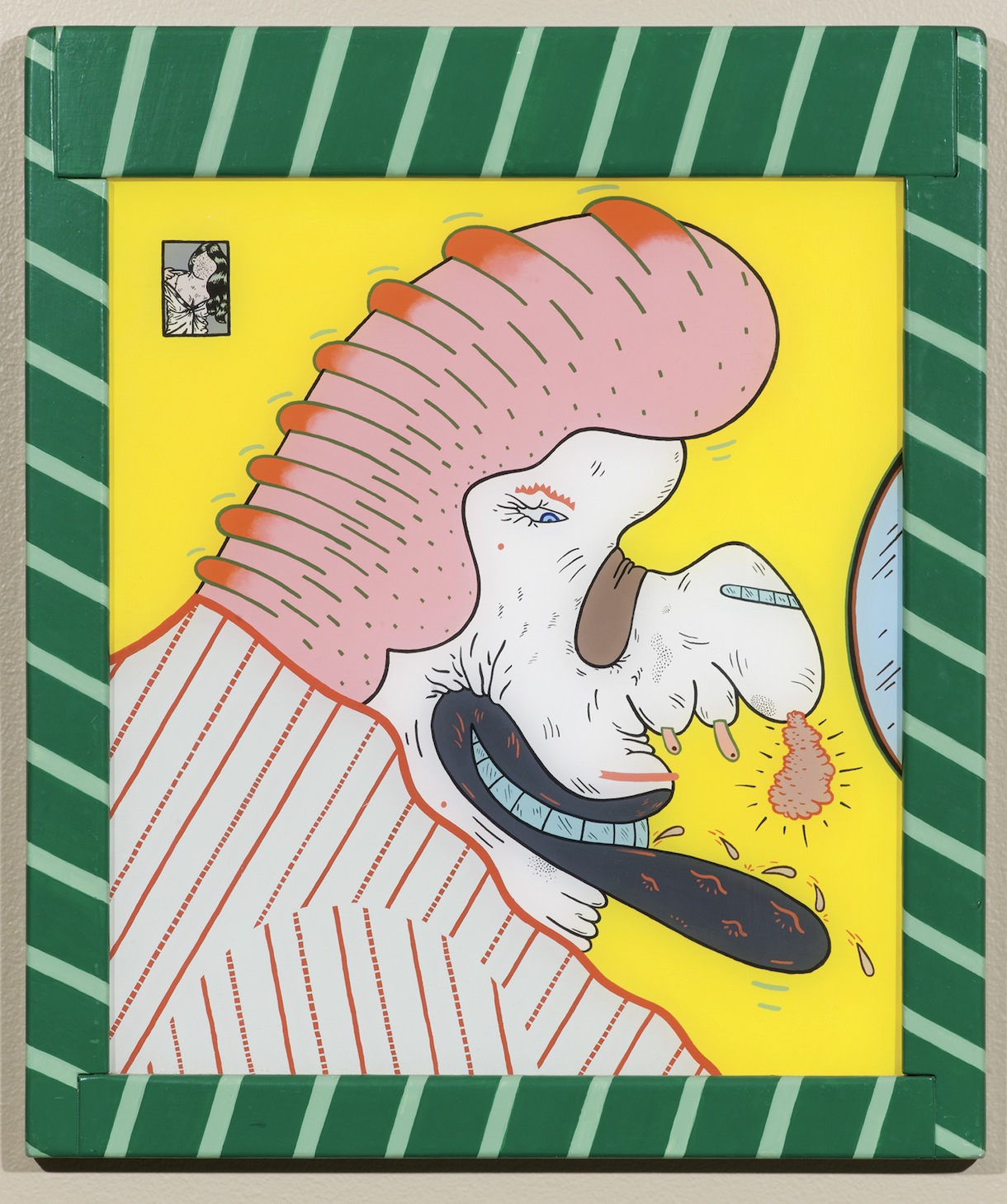 The current Jim Nutt retrospective traces the artist’s decades-long preoccupation with female faces. These personages are not drawn from specific sitters—here they are called “imaginary portraits.” The matriline evolves from violent and violated amputees in the late 1960s (perhaps the victims and/or instigators of feminism) to subdued bust portraits of women who look as if they’re evaluating themselves, alone, in a mirror.

It is well known that the Hairy Who artists, Jim Nutt among them, culled source material and inspiration from comics—but so did Willem de Kooning, a collector of much early twentieth-century comic art. The female personage was the only subject of de Kooning’s for a long while, and although he later moved on to fully non-objective paintings, Nutt has varied little since closing the Hairy Who chapter. Both Nutt and de Kooning have achieved an expressive potential through the often-generic format of a cartoonish woman’s head. Nutt’s long, sustained experimentation with female faces grants viewers an opportunity to witness the slow procession of his creative output. Many pencil drawings in the show are interspersed among the paintings, which are supposed to reveal the artist’s precise process. But what painter doesn’t have working drawings lying around the studio? Nutt’s message reaches fever pitch when rendered in exacting, glossy and complex paint. 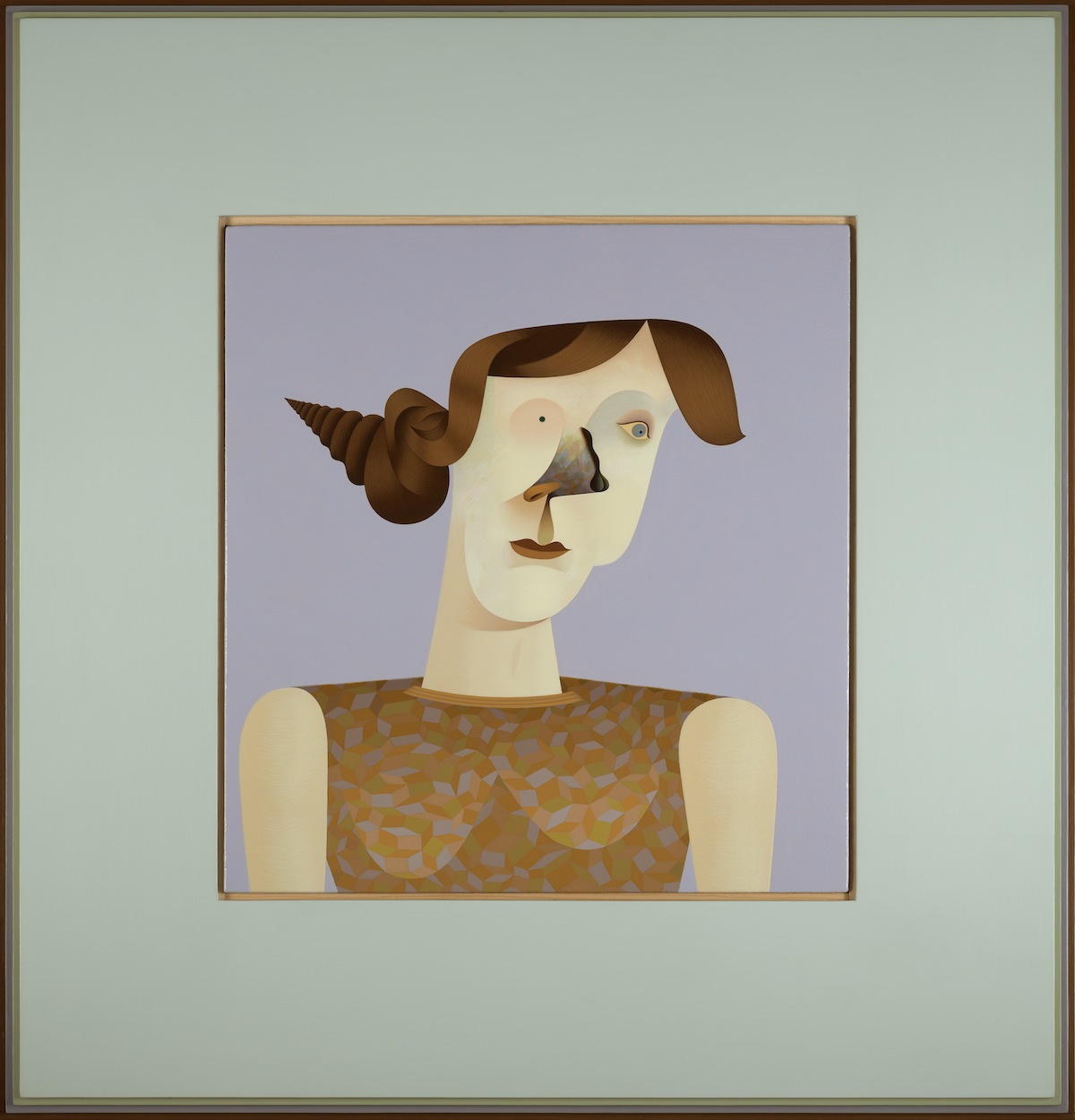 Nutt’s early females wear tumors on their faces, like repressed desires forcing up through layers of gut and dermis, while the later females hold all their troubles in their facial features, specifically their noses and hair. Ancient Chinese medicine locates a full diagram of the human body in the ear, albeit as an inverted fetus. Likewise, Nutt’s characters have noses like microcosms of complicated psyches. It’s an attractive idea to decode each portrait according to their stylized physiognomy, a practice we pretend no longer has any special value in daily life, but in art is still perfectly valid and satisfying, especially given a portrait gallery of faces like Rorschach splooges. (Jason Foumberg)

Through May 29 at the Museum of Contemporary Art, 220 East Chicago.