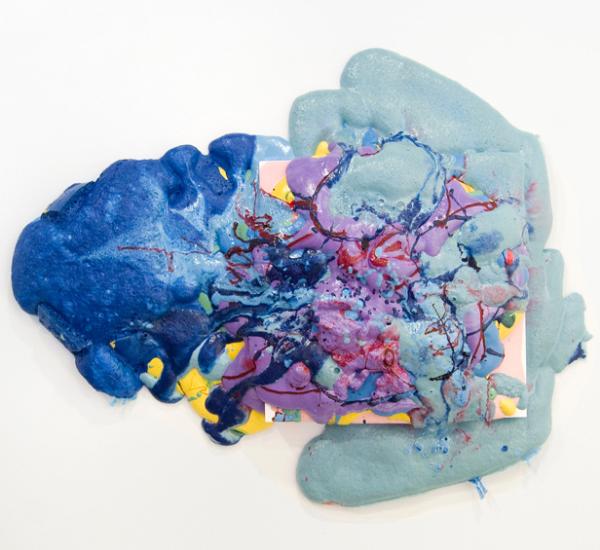 Perhaps for you, February in Chicago is an indescribable magic made of fragrant clove, smoke and softness. For many, it’s the muted ashen landscape of some melancholic Luc Tuymans world, the latter of which is an arguably less desirable Chicago winter palette. One might be consoled by seasonal advantages found within the lush citrus joys of blood oranges or the aggressive lemon yellow of cough drops that soothe winter’s swollen throat, now flushed with rosy variations of carmine. But I generally reject the brutality of icy grey months.

Judy Ledgerwood brings a certain sensuality into this dire situation with her new Chromatic Patterns for Chicago, on view at Rhona Hoffman Gallery, romanticizing a brighter palette for the city’s bleak period. Two wall paintings optically vibrate their repeating patterns, languid and droopy like sexy tapestries—one in manganese blue, metallic copper and fluorescent pink and the other in ultramarine blue, fluorescent red and burnt umber. While viewing, one should wear some sort of dirty rose perfume—something sweet, but not cloying, redolent with notes of wet earth and Lake Michigan. The accompanying paintings of exuberant blobs explode her signature flower compositions in oozy urethane foam bursts of saffron, toad skin, lilac, coffee, lime and baby blue, alternating between pretty and nasty. Ledgerwood’s 1999 exhibition, “Cold Days,” at the Renaissance Society, described a subtle outdoor fantasy in melodically cool, flirtatious snow whites and pastels, whereas the current paintings suggest a messier winter spent indoors. 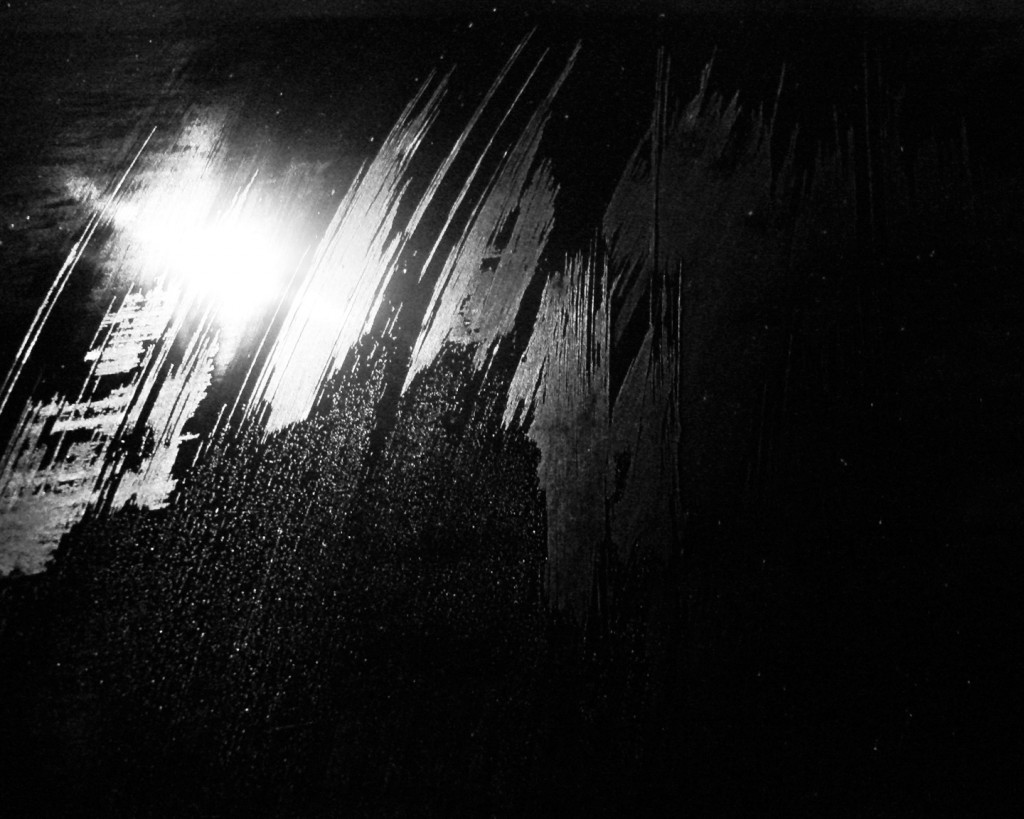 Ice particles crystallizing in the lungs slowly accumulate and dissolve while beholding Dana Carter’s “Instead of You, There are Halogen Lamps,” in the exhibition “MIDWINTER: Embrace the Darkness.” The matte blackness of emergency blankets and the theatrical outer space shimmer of mylar protect from heat escape. Below, a thin rainbow thread sprawls a mini vortex of loss and longing where salt patterns emerge in-between safety and collapse. In the same space you’ll find Roxane Hopper’s gorgeous black and white photographs of ice fused poetically on windshields, taking on the longest stretch of midwinter’s night. 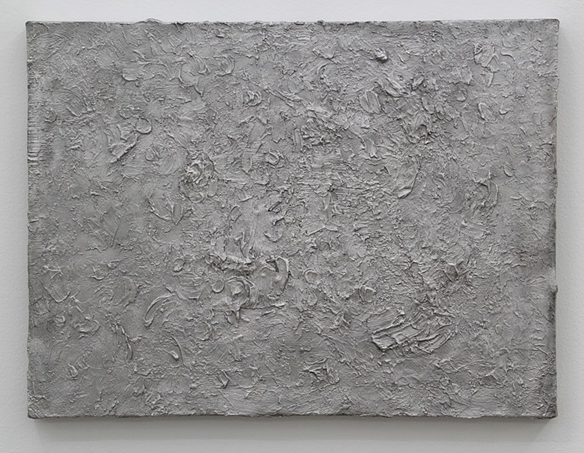 Winter’s silencing gaze has also turned to Golden gallery, where the painterly performance behind John Henderson’s once-loved gestural abstractions has been frozen within austere aluminum. At first glance, the metallic silver of the cast works appears as pure surface, as if spray-painted, but there is satisfaction to be found in the inherent ductile materiality of these cool formal objects.

As I look out my window now fogged with biting frost, the colossal blizzard of arctic proportions is underway. Instability in the atmosphere has produced a rare thundersnow. Grand acoustics and bright directionless flashes. A whiteout of mountainous snowdrifts continually take turns enthralling and paralyzing the city as the glistening piles transform from shades of pearl to sallow to the steely somber slush. (Jessie Mott)