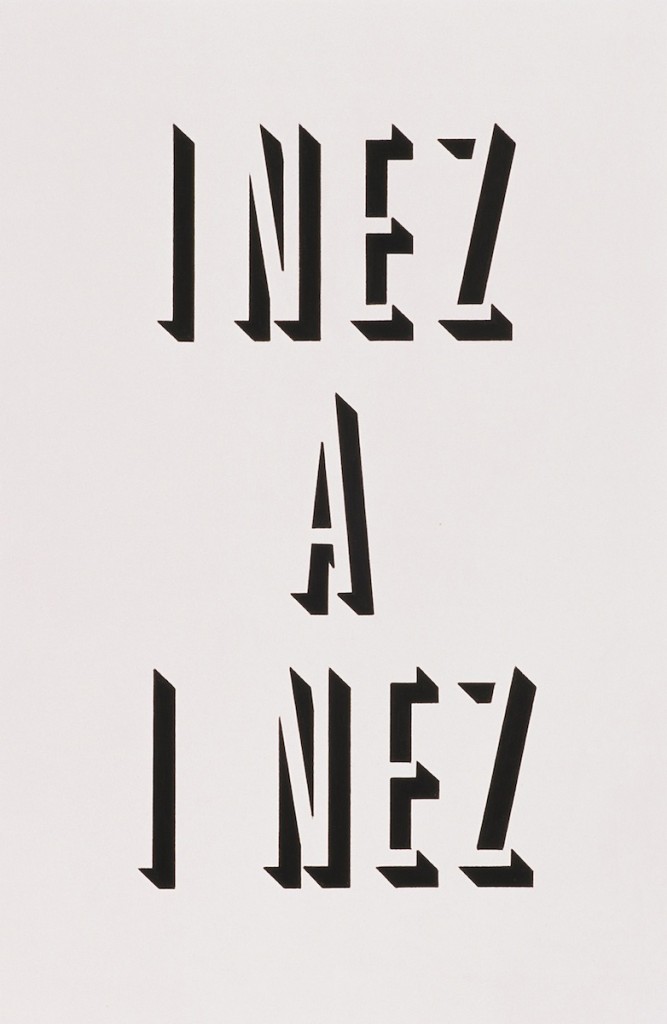 This exhibition is a wild, exuberant, associative group of works arranged around a solid conceptual and art-historical center. Curator Julie Rodrigues Widholm exposes the visual matrix out of which Jim Nutt’s (whose retrospective is across the hall) work emerges. She hinges her rich and chaotic haul from the museum’s holdings on critic Dennis Adrian’s remark that “seeing is a kind of thinking” for artists.

If you enter from the exit of Nutt’s retrospective, the exhibition begins with a group of pieces including a lyrical sculpture of found material by Frances Whitehead and one of Kay Rosen’s comedic (though obsessively rendered) anagrams. These represent the end of mid-century formalism, providing structure to the imagery of artists like Nutt and Ray Yoshida. Much of the writing and curating associated with the Chicago Imagists is centered on the history of the shifting boundaries of the group, their interconnections and the development of their shared visual language and styles. The recently closed Ray Yoshida retrospective also found reason to surround the central artist with his peers and spheres of influence (much like the Roger Brown house, too), as if the Imagists should only be considered in chorus. The work in this exhibition extends well beyond the seminal group itself to bring in dynamic work from the peripheries: Oyvind Fahlstrom, Wifredo Lam, Francis Bacon, Magritte, Matta and non-western sources along with work by the usual suspects: outsider artists Joseph Yoakum and Martin Ramirez, the group and their Chicago affiliates among them the uncategorizable H.C. Westermann.

An entire thematic grouping explores the “Psyche of Eros,” the tense but vital fusion of formalism and eroticism which may have been birthed here in Chicago; it reminds the viewer that the heyday of the Chicago Imagists was nourished by the sexual revolution of the sixties. Work by Hans Bellmer, Phyllis Bramson, James Falconer and Jim Lutes vie for attention with contemporary artists who have been influenced by Nutt and other Chicagoans of his generation, like Paul Nudd, and the shocking subjects in vibrating color by Sue Williams. Although the Warhols come in with the last grouping (a frieze of Jackies), there is something almost simplistic and obvious about Warhol’s psychosocial fixations compared to the subtlety and complications of the Chicago artists’ multifaceted relationships with popular culture. (Janina Ciezadlo)

Through May 29 at the Museum of Contemporary Art, 220 East Chicago.