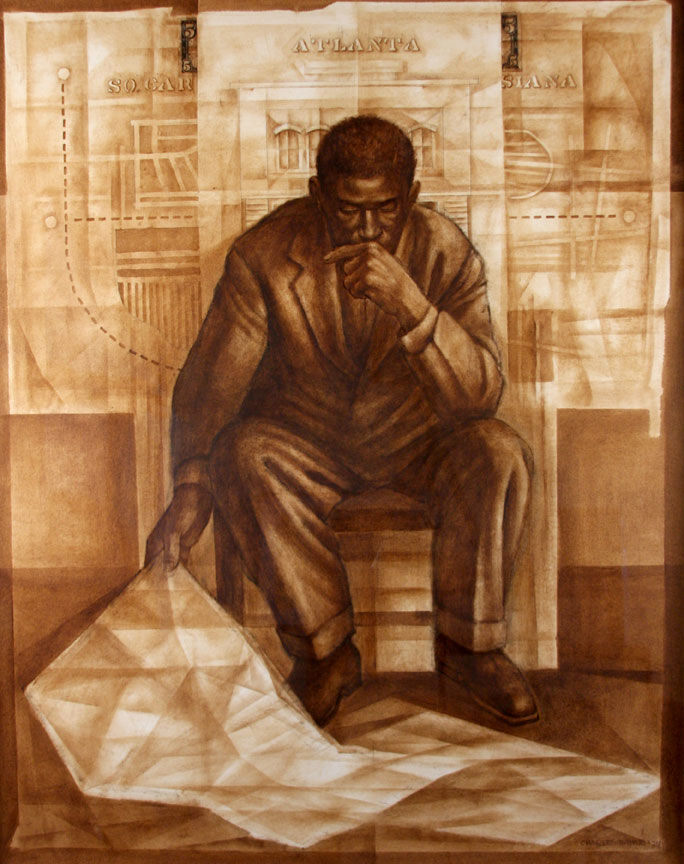 In 1974, Charles White (1918-1979) was commissioned by John H. Johnson, the founder of Johnson Publishing, to do twelve illustrations for each chapter of “The Shaping of Black America,” a popular history written by Lerone Bennett, the longtime editor of Ebony magazine.

The iconic images of African Americans that he created were a far cry from the revolutionary, Afrocentric images that young black artists of Chicago, like the members of Africobra, were making at that time.

But White, just like Johnson, was from the earlier generation born during the Great Migration. They both grew up poor on Chicago’s South Side, both of them rose to prominence by virtue of patience, hard work and imagination, and they both shared a dedication to the unfolding social changes that would transform America in the 1960s.

Done in monochromatic oil on board, the panels have the feeling of watercolor on paper, and perfectly complement the sensitivity, tenacity, dignity and self-reliance of the cultural ideals they shared, as well as the mature character of the artist himself at the age of 56.

There’s not a lot of joy in these severe monochrome images that seem to carefully, painfully emerge from crumpled brown wrapping paper. But this was intended to be a history lesson, not an aesthetic banquet, and aren’t most of the lessons from history grim ones? (Chris Miller)