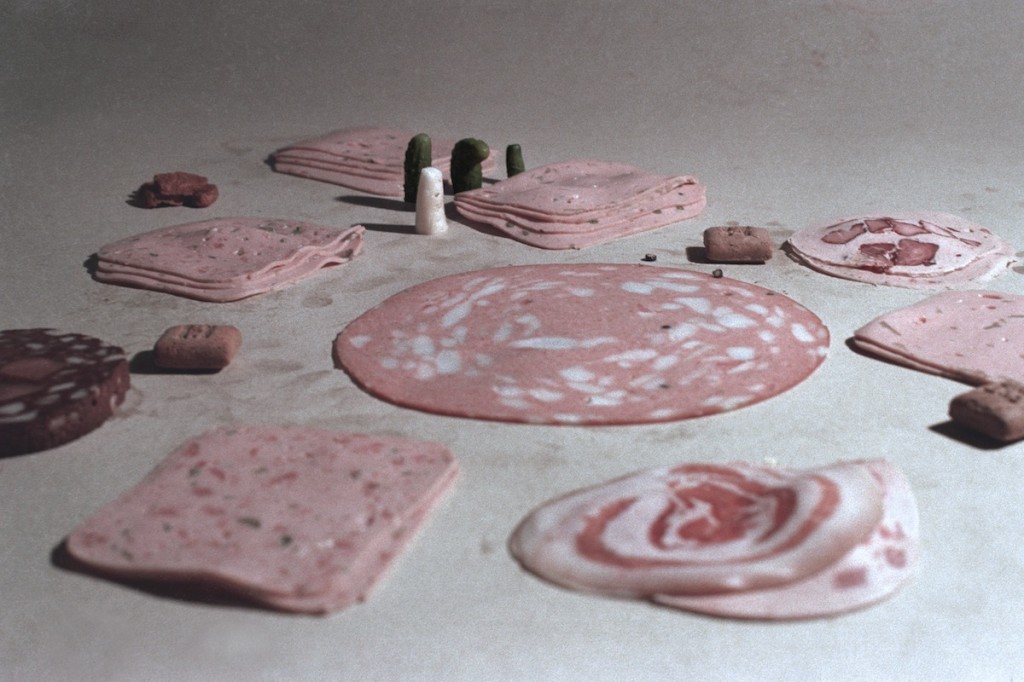 "In the Carpet Shop," from The Sausage Photographs, 1979. Chromogenic print.

Swiss collaborative duo Peter Fischli and David Weiss excel at multiplying mundane elements to create captivating visual summations. The Art Institute of Chicago exhibits three early projects in which the pair plays with materials and imagined environments, demonstrating a subtle humor and unfettered enthusiasm for the acts of looking, experimenting and questioning.

Their first joint undertaking, 1979’s “The Sausage Photographs,” is a photographed series of ten miniature tableaux that use bizarre materials culled from a “typical Swiss-German refrigerator,” which apparently includes processed meats, Styrofoam and cardboard packaging, cigarette butts, parsley, stray bottle caps and peanut shells. Staged in an apartment where bedsheets become mountains and scrawled lines within a soot-lined oven stand in for ancient cave markings, these theatrical scenes communicate a whimsical fascination with make-believe and child-like play. 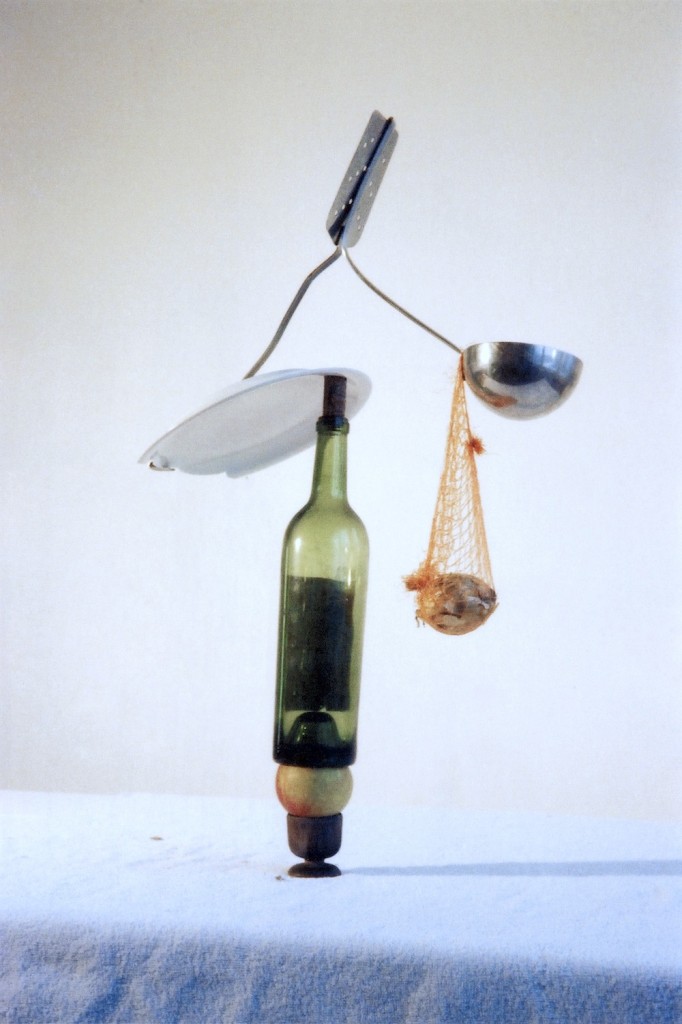 Another series of seventy-one photographs, “Equilibres-A Quiet Afternoon,” portrays household objects arranged in complex balancing acts. While the title suggests the artists are mere homespun hobbyists who have created the assemblages out of boredom, the works’ tense kinetic potential and innovative use of disparate materials—a Coke bottle and small pot hold aloft two chairs and a cardboard pole, for example—instead reveal Fischli and Weiss as aesthetic mad scientists making graceful, formal studies of proportions, balance and movement. 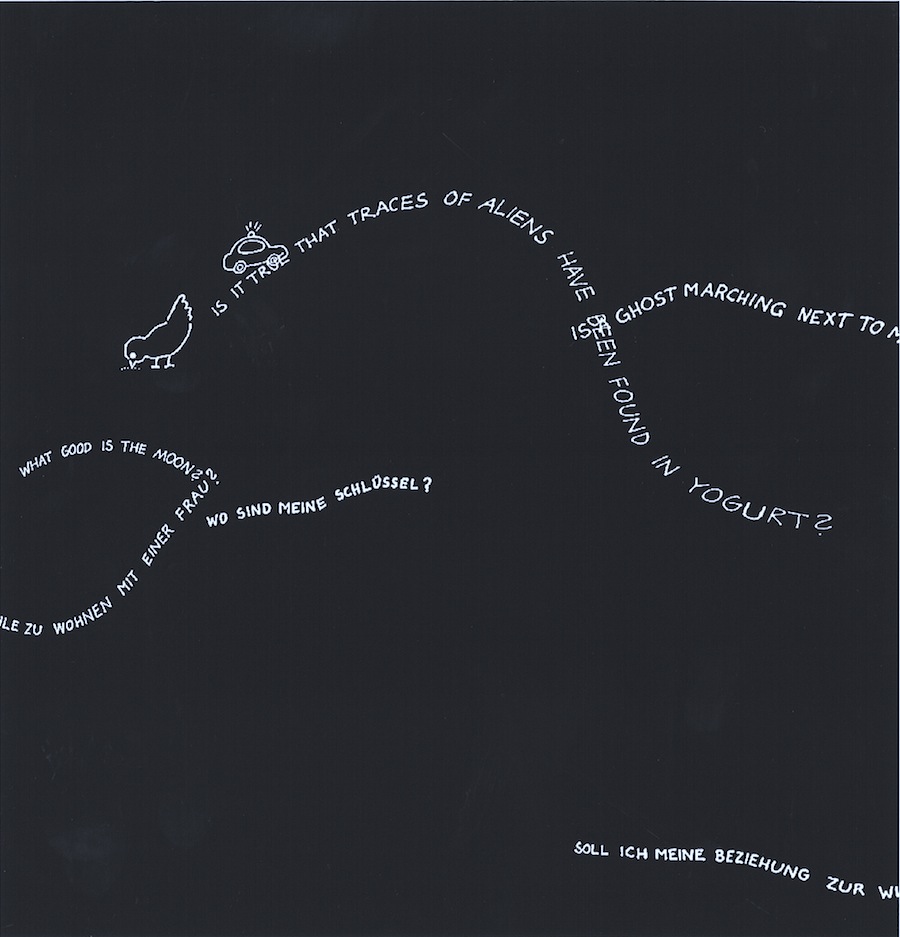 The exhibition is particularly powerful when displaying the artists’ exploration into the human psyche in “Questions,” an immersive installation where hand-drawn questions and images screening from fifteen slide projectors flit across three walls of a darkened room. Fischli and Weiss imagined a presence at the center of these queries as “a man who lets everything run through his head before falling asleep.” The questions most often express insecurities, ranging from practical (“Where are my keys?”) to philosophical (“Is my ignorance a roomy cave?”) to oddly paranoid (“Will we be kidnapped by aliens and forced to live in slavery?”). Through the project’s massive scale, Fischli and Weiss give disproportionate weight and complexity to the restless sleeper’s introspections, making the mundane topics unanswerable and seemingly insurmountable. (Laura Fox)

Through April 17 at the Art Institute of Chicago, 111 South Michigan.

[…] P.S. Here’s a link to the NewCity review of the Fischli and Weiss show (and the source of the first image above): linklinklink […]