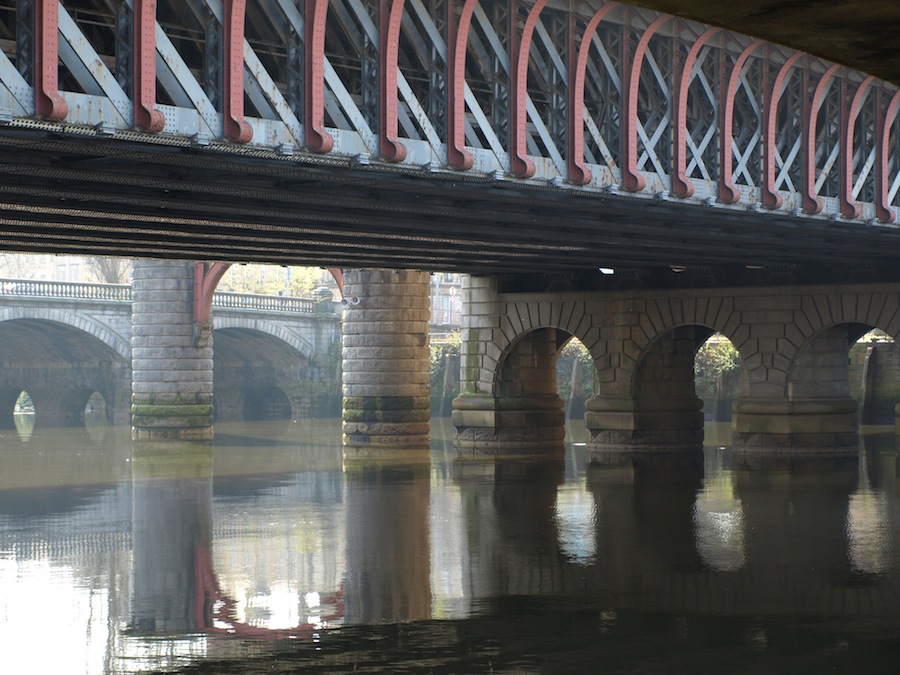 There is some fine situational irony in Scottish artist Susan Philipsz appropriating the words from the international worker’s hymn “We have been naught, we shall be all” as sound art at a time when working people in the Midwest are being stripped of their pensions and health benefits, and labor union participation is at an all-time low. The new “We Shall Be All” and an earlier work, “Internationale,” play in the halls of the MCA, and a companion piece, titled “Pledge,” plays at Jane Addams Hull House, a landmark of Chicago’s working-class history. Chicago’s rich radical labor history might be better known and valued outside the country in places like Philipsz’s own industrial working-class city of Glasgow and elsewhere around the world where Chicago’s Haymarket affair is celebrated on International Worker’s Day (May Day) every May first.

What I like most about Philipsz’s work is its apparent simplicity and accessibility: a lone a cappella voice flows through rooms and hallways, or under bridges as in the project “Lowlands” installed in her native city and for which she won the Turner Prize in 2010. Space and time are seemingly transformed by the introduction of the gentle dreamy sound of Philipsz’s own untrained, everyday voice. Philipsz sings in a reflective mode, which in this case shifts the form and meaning of the “Internationale” from an anthem to a lament. This graceful and deceptively simple gesture comes at a moment in time when not many people sing together, when voices are electronically manipulated, overproduced and public spaces are flooded with alienating canned music. Philipsz almost always (she has used Radiohead songs) uses music that reintroduces a historical melody, with its attendant cultural, social and sometimes political evocations, or more aptly, reverberations with the historical identity of a specific place. The sound seems to have been lingering in the space over time rather than reintroduced, particularly the motets based on street cries she used in London’s business district and the sixteenth-century folk song she used in Glasgow. So much art of the day, deriving its critical strategies from Duchamp and Artaud, shocks and alienates people outside the art world, whereas Philipsz’s intelligent, sensual work produces wonder and awakens our curiosity about the past. (Janina Ciezadlo)

Through June 12 at the Museum of Contemporary Art, 220 East Chicago and the Jane Addams Hull House, 800 South Halsted.