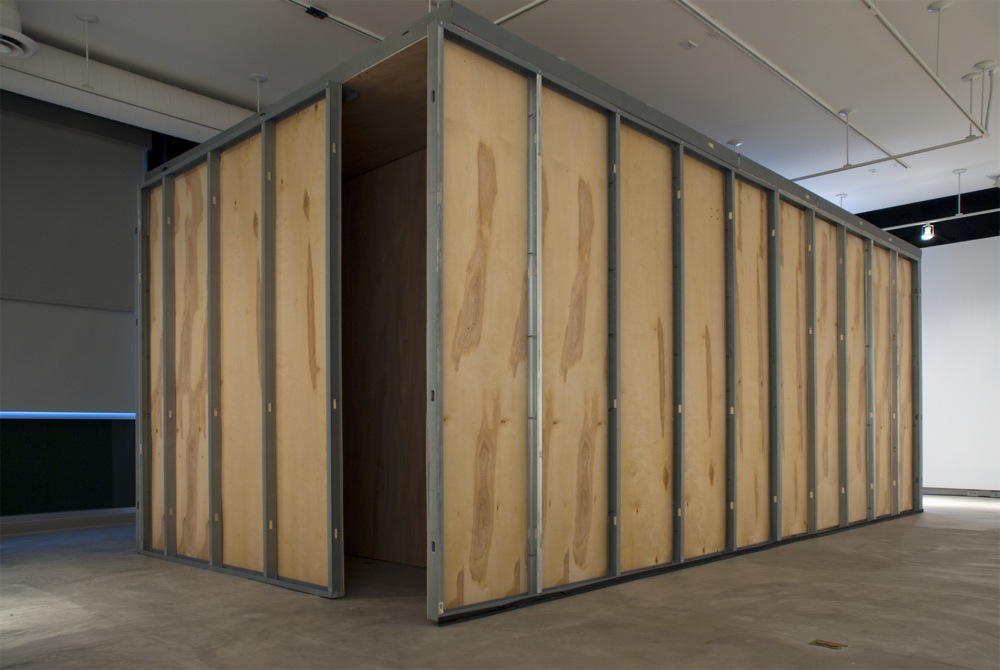 As we look ahead to an overhauled Art Chicago fair next month, some local art galleries are quietly planning alternatives. Unlike the dozens of satellite fairs in Miami and New York, a new crop of Chicago art fairs aren’t poised to coincide with the behemoth fair on the last weekend of April, but they do stand to be competitors of sorts. The new MDW fair, which focuses on “local art ecology,” appears to be something of a DIY one-off affair with an impressive list of gallery exhibitors and cultural programs: threewalls, Roots and Culture, Theaster Gates’ The Dorchester Project, Ed Marszewski’s Reuben Kincaid gallery project, Ebersmoore, Antena, SAIC’s Ox-Bow, The Suburban, ACRE, Iceberg Projects, and The Post Family. Several of these galleries participated in NEXT in the past; only a couple will be returning this year.

The MDW fair, pronounced “Midway,” is named for Chicago’s other airport, the one “people forget about sometimes,” says Ed Marszewski of the Public Media Institute (of the Lumpen family), who is producing the fair as a part of his long-running Version festival, along with threewalls and Roots and Culture. MDW hopes to be another kind of visual arts landing in Chicago, using GeoLofts’ (The Iron Studios) 25,000 square feet of exhibition space, and with an additional 10,000-square-foot sculpture garden, all featuring work by Chicago artists. Marszewski admits that the fair’s dates, April 23-24, in part don’t coincide with Art Chicago because they “don’t necessarily have the apparatuses to reach out to that audience,” but there is also an element of wanting to “contrast what’s happening with the more independent art scene versus what’s happening at the Merch Mart”—as well as not wanting to compete with or undermine local artists going to NEXT.

Meanwhile, Worthington Gallery, a Michigan Avenue gallery established in 1970, is organizing a small Chicago Print and Drawing Fair with an impressive lineup of fifteen exhibitors. The fair runs this weekend at the Chicago Cultural Center, a month before Art Chicago opens. It also has the potential to be a model for the future of fairs in Chicago and elsewhere: small and somewhat selectively focused: a boutique rather than mall-like art-fair experience.

Worthington Gallery participated in Art Chicago in years past (although they did just have a booth at the Armory Show, operated by the Merchandise Mart group), but Eva-Maria Worthington is too tactful to speak directly about her reasons for leaving the Chicago fair. Instead, she focuses on the Chicago Print and Drawing Fair and notes that the fair will be less “overwhelming” than others, and that it can operate both as a teaching tool and an “entry into the art world,” as prices for works on paper are usually much lower than paintings.

As Art Chicago hosts an educational component of lectures and panel discussions, so too with the Chicago Print and Drawing Fair. Audrey Niffenegger will discuss “the satisfaction of printmaking in the age of glitz and bling,” on March 19, and sculptor Richard Hunt will show his own drawings and prints and talk about his 3D perspective on 2D genres. There will be contemporary prints by Tandem Press and Mixografia, which represents artists from John Baldessari to Kiki Smith, to several galleries specializing in mid-century American prints, including WPA art with many galleries specializing in master prints, nineteenth- and twentieth-century European prints, and two galleries specializing in Japanese prints.

We’ve witnessed various changes in the large fair over the decades, some major and some minor, from location changes to the newly announced condensed floor plan, uniting Art Chicago and its edgier cousin, NEXT, into one space. Of course it will be worth it to see how that works, and it might be just as useful to study the alternatives that Chicago galleries are already imagining.