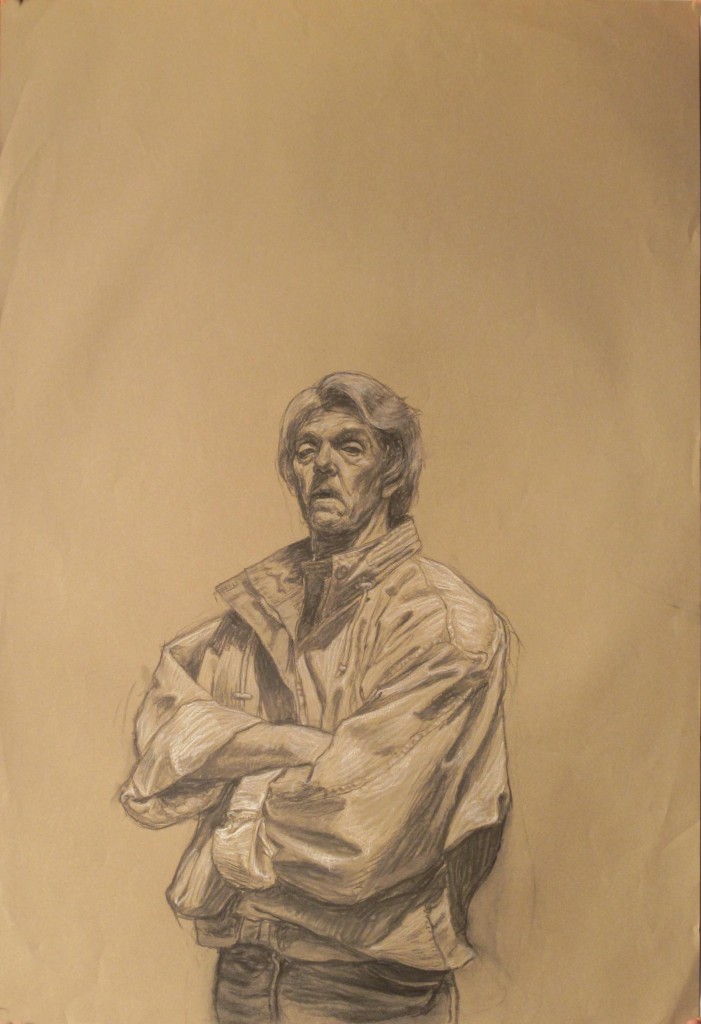 Painters and graphic artists make thousands of aesthetic decisions on every piece, so one might expect them to be the most sensitive and demanding art critics. On the other hand, one might also expect them to narrowly prefer work just like their own, which is what makes the artist/critic/teacher/historian Franz Schulze (born 1927) so exceptional. A freelance writer for the Daily News and then the Sun-Times, he coined the phrase and wrote the definitive history of “Chicago Imagism” in his 1972 book “Fantastic Images: Chicago Art since 1945,” and also introduced the term “Monster Roster.”

Though he may have celebrated the “freakishness,” “eccentric individualism” and “introversion” that continues to dominate Chicago figurative art, his own large-scale drawings celebrate the sanity, brilliance, strength and responsibility of his portrait subjects, most of whom are twentieth-century architects such as Helmut Jahn and Thomas Beeby. Schulze is an expert on that subject, which he covers in many of the 1,369 publications credited to him, including major biographies of Mies Van Der Rohe and Philip Johnson.

Depicting strong human character within an architectural setting is a Renaissance agenda, requiring a demanding representational style, where sloppiness cannot be excused as expressive eccentricity. Even if Schulze is no Dürer or Titian, he still carries it off quite respectably. (The exhibition also includes some deft still-lifes of the tropical plants, coffee cups, and drafting tables that might be found in an architect’s office.)

As a bonus, this current show also features self-portraits made over several decades, giving us a good picture of a frumpled, restless, discontented man driven to explore, explain and create. (Chris Miller)