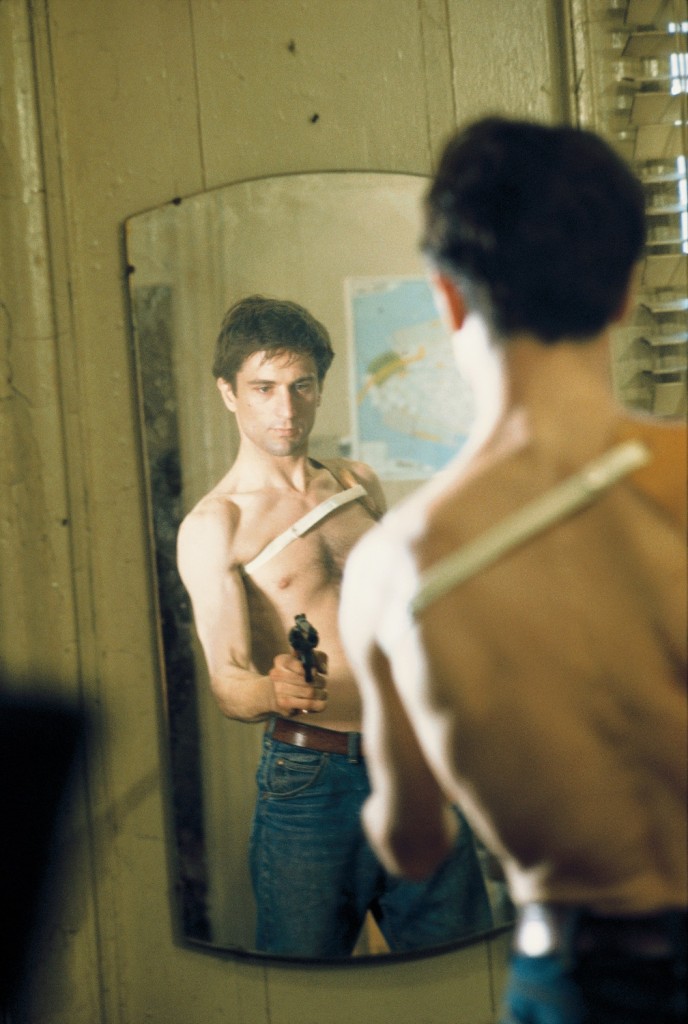 If you’re a film buff or a fan with a fancy for box sets filled with background, you’ll be a sucker for Steve Schapiro’s shots of star power radiating from the sets of two of the most iconic films of the late-twentieth century: Francis Ford Coppola’s “The Godfather” (1972) and Martin Scorsese’s “Taxi Driver” (1976). Hired by the directors as the “special photographer” tasked with recording the productions, Schapiro fulfilled his mission mainly by shooting the famous scenes in takes that were snapped while the movies were being filmed or in practice sessions. Don’t expect to see any lapses, unguarded moments, unfamiliar perspectives, or signs of the apparatus that encases the “orchid” of the film, as Walter Benjamin called it; this is not a documentary, but a still accompaniment or iteration. Marlon Brando is Don Corleone, Robert De Niro is Travis Bickle, and Jodie Foster is Iris—always in character. (Michael Weinstein)