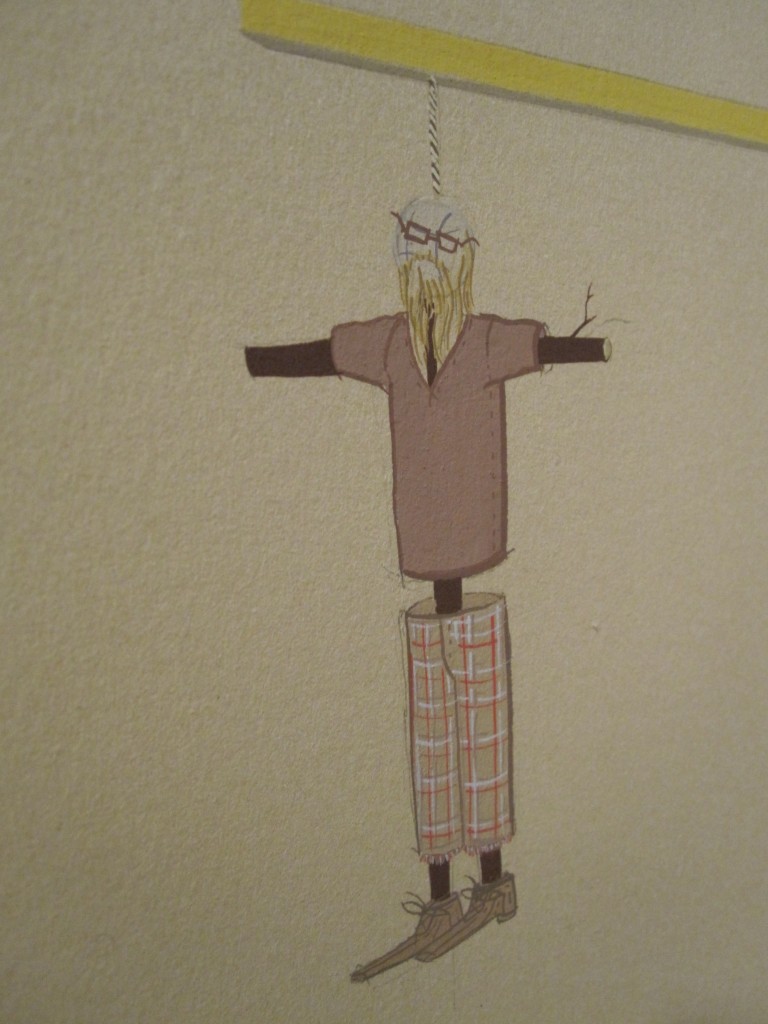 Paul Hopkin is an artist who opened Slow gallery in August 2009 in a west Pilsen storefront. Slow is a curatorial project where Hopkin pairs two (and sometimes three) artists in an exhibition to see a conversation emerge. We chatted about his practice and vision for the gallery.

Tell me about the name Slow.

I am really interested in food, and have been forever. I used to automatically mistrust any artist who didn’t know their way around a kitchen. The connection of slow food and slow art is not coincidental.

Can you explain the practice of curating two-person shows, rather than solo shows?

Solo shows always “work,” but they seem to encourage the dreaded like/dislike response. It is hard to get someone to look at a show of a single artist and encourage them to think about what they are seeing at the same time. Pairing work in ways that are less obvious can draw out tensions, illuminate peculiarities in an artist’s point of view. That content often makes itself apparent as tension or a giggle rather than as a concise answer. Theme shows can dumb down too—they can simply generate an internal checklist—yup, that one is about robots too.

I fell for art because it was introduced to me as a way to change the way people see. I am still in love with the power and problems that that offers. The way I put shows together allows me to put something out in the world that is my take on things, but still keeps the artist’s work front and center.

Slow is located in west Pilsen, not in the Chicago Arts District development. Slow seems to be an important part of the emerging artistic community forming in west Pilsen.

When I first started talking about opening an art space in Pilsen I had to dance a lot around the separation between me and the CAD in location and intention. People just assume I am one of the newer spaces now, and I like that change. I don’t think my neighbors and I have quite figured out how to take advantage of the fact that there are a lot of venues close to each other [ACRE, Roxaboxen, Dirt Gallery], but we know each other and the energy seems open and supportive. I hope we learn to harness that potential. 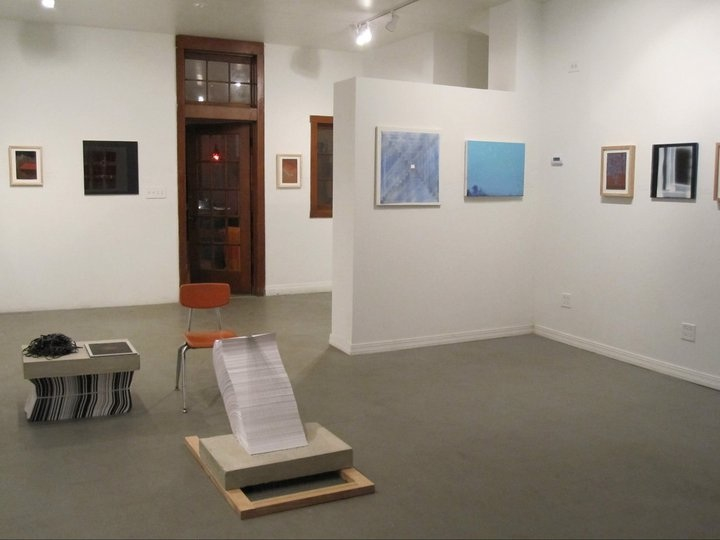 I value honesty. Sometimes artists try to tell me what I want to hear, and I don’t think that helps anyone. That visit strikes me like a first date—why would you want to continue dating someone when the fit is not right? Why would you try to present yourself somehow that you don’t want to live with? I suppose artists are uncomfortable with situations where they are not in control. The funny thing is, they gain control by directness. I guess my own flavor tends toward a nerdy intellectual approach, but I am so glad that there are artists out there who are profoundly opposed to intellectual approaches to art. I would trust a pithy, “fuck art, let’s dance” over some crap that tries to impose a weak intellectual justification for a non-intellectual thing.

Artists should trust that the conversation means something. I may not schedule a show with someone right when I visit, but I need to have things rattling around in my head. I will come back to an idea, and I will remember the work and intention.

As far as what an artist should show during a studio visit—there is a state where an impulse is fragile. That work should probably not come out for a visit. But folks get it when work is in-process. The more I get into what motivates an artist’s decisions, the more likely I am to remain interested. Showing the gamut brings out nuance and depth. I suppose the risk side is that it also uncovers the thin spots.

Is Slow in a perfect state right now? Where do you see it in three years?

The perfect thing about Slow is that it is all on my terms. I don’t have to worry about its perfect state. It is my arena to avoid traps like grow or die, or a manifesto, or institutional acknowledgment. I have said to my students countless times, “interesting is better than perfect.” I will do this as long as it remains interesting. Right now, it is a great place to play.

My voice has improved. Exposure is getting better. But art is not supposed to be a teleology. I am lucky, I know a lot of really kick-ass artists, so the idea of better is a little odd to me.

I think the exciting answer about three years is that I have no idea. I may move away from Chicago before that, or I may send roots down deeper. Slow is a project, not what I do. I will let my life decide the future of the project. It is doing what I want with what I’ve got that connects me to Chicago, not some dream of making the big time.