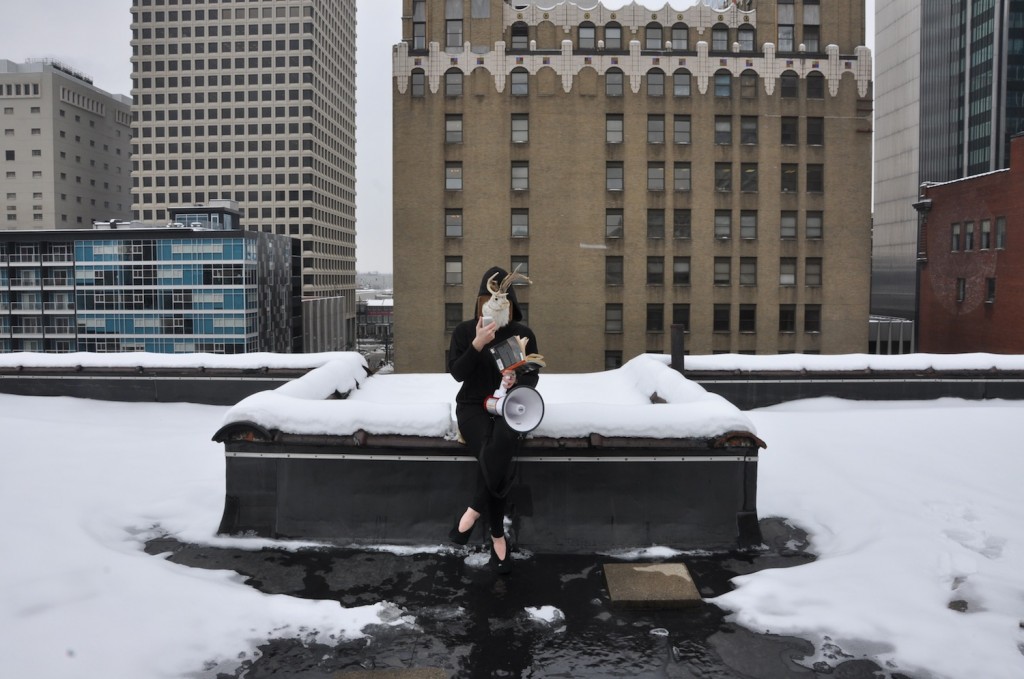 Among a number of functions planned around the release of David Foster Wallace’s highly anticipated unfinished posthumous novel, “The Pale King,” a performance-art event in a gallery space seems likely to bring the most breadth and depth in a tribute to Wallace’s work. “Subtitles IV: Year of the Depend Adult Undergarment” (a reference to the author’s magnum opus “Infinite Jest”), organized and presented by LiveBox at Threewalls gallery this Friday, will be a wide-ranging, open-ended and fittingly intricate response to Wallace’s prose.

“Subtitles,” a series of multimedia and performance projects inspired by literary figures and themes, began with a strict medium guideline; the first, centered around Poe, consisted of one video performance, one audio performance and a reading. “Since then, we’ve expanded and gone beyond this format,” notes Matt Griffin of LiveBox theater, who has curated a number of past events in the “Subtitles” series. Griffin had “secretly wanted to do a Wallace show the entire time,” and in conversation this year with artist and poet Cassandra Troyan, Wallace’s name was finally brought up, and by coincidence “Pale King”’s release date was announced for the same day. Though the immediate impetus for this year’s “Subtitles” is the release of “The Pale King,” performances will encompass a range of Wallace’s work.

Three artists will be responding to Wallace’s literature in a variety of formats that are all fitting to the author’s multilayered, oft-footnoted prose. Troyan’s performance will be in the general style of David Foster Wallace, translating his dense, precise, information-heavy text into an immersive piece combining movement, audio and both live and recorded reading. The other two artists take more formalist takes. Peruvian interdisciplinary performance artist Sebastian Alvarez will take up his series of pieces in which he choreographs movement to a pre-recorded speaker; in this case he’ll be responding to a recording of Wallace’s Kenyon commencement address.

Perhaps the most fitting event for both mourning and celebrating Wallace will be Georgia Wall’s exquisite-corpse piece based on Wallace’s recently published story about a boy who tries to kiss every inch of his body. Focusing on memory and the failure of memory, Wall will be retelling the first half of the story three times, with twenty-three recordings of people concluding the story via a cathode ray tube television, which will be sitting next to her. As our understanding of Wallace will change with “The Pale King,” these performances will distill and reflect the response to and memory of the author who made postmodernism passionate again for so many. (Monica Westin)