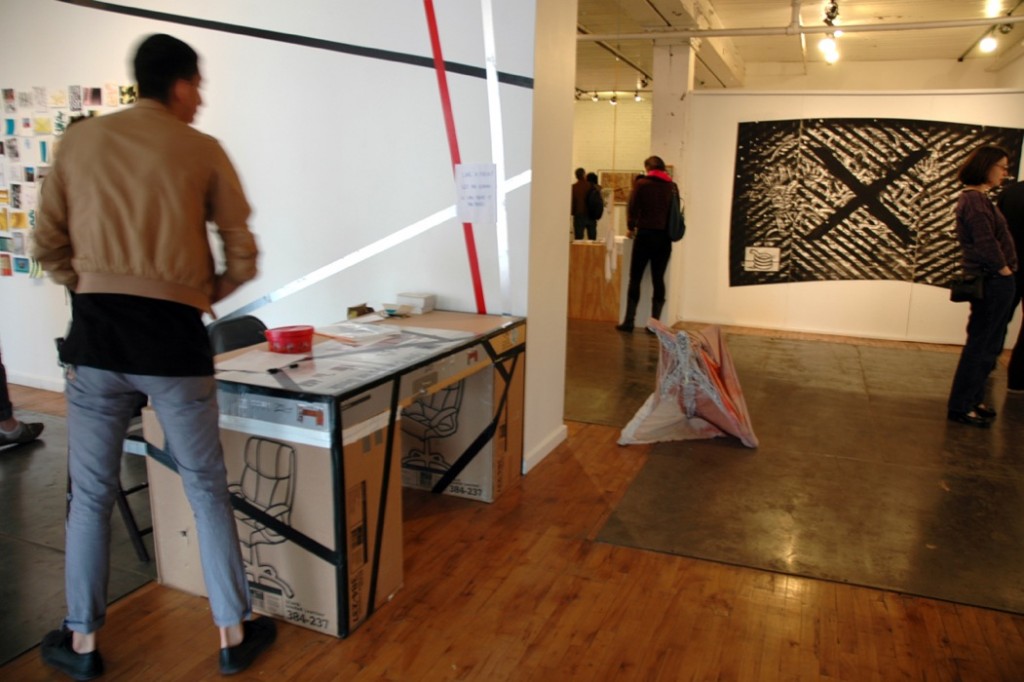 In a day and a half in Bridgeport last weekend, connections both professional and personal formed between local art groups and artists. The catalyst was the new MDW Fair.

The fair’s genesis itself is a bit of a feat in community-building. In February, Ed Marszewski, the founder of The Co-Prosperity Sphere, Version festival and Public Media Institute, asked threewalls and Roots and Culture if they wanted to help host an art fair focused on Chicago artists and art organizations. In two months and with less than $10,000, the three partners recruited sixty-plus exhibitors to fill 25,000 square feet of exhibition space in the Geolofts warehouse, plus a separate sculpture garden.

The numbers are impressive, but its final results were even more compelling. Represented at the fair were commercial galleries, non-profit art groups, publishers, live-work spaces, apartment galleries, performance collectives, art schools, and residency programs. According to Marszewski, the intent of the fair was to expose this multi-variegated “art ecology” in Chicago. Marszewski says, “It’s easier for people to understand who’s doing what through this real-world social network. And, that’s important because, with funding sources drying up, individual actors are now creating arts policy in Chicago. Those individuals are part of a community that made this fair possible through their booth fees and culture capital.” 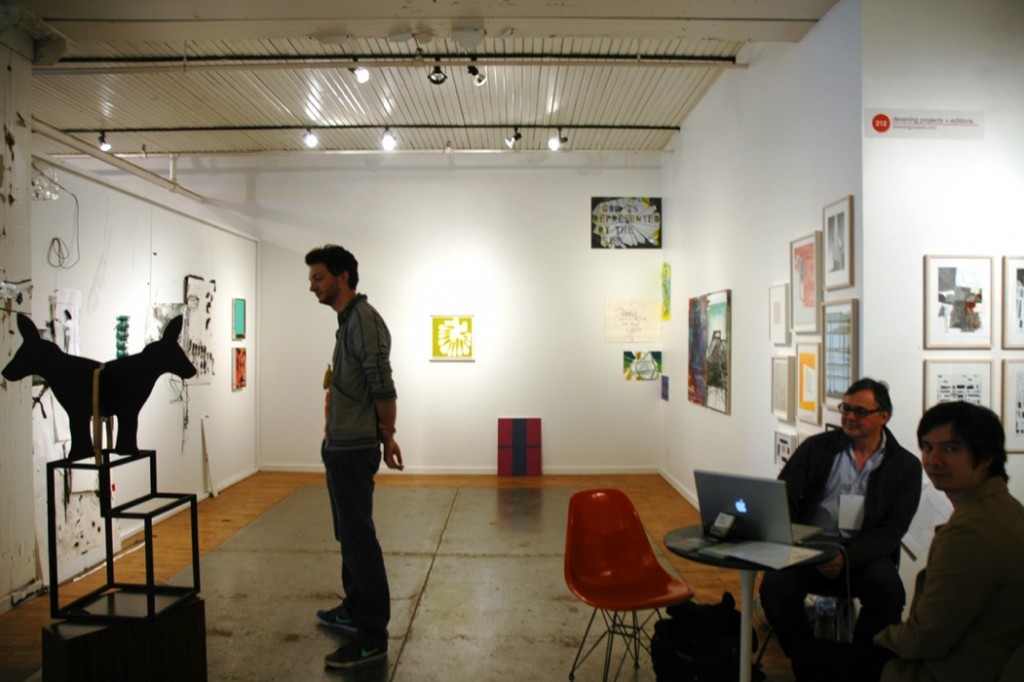 Aron Gent, the exhibits associate for the Public Media Institute, laid out the fair’s large-scale floor plan to avoid “art ghettos” that relegated like-minded arts groups to the same areas. Instead, he mapped the space so commercial galleries were nestled between publication groups and alternative spaces, reflecting a true sense of the groups’ dispersal throughout the city.

Any hierarchy between art groups was further eliminated by the standard sixteen-foot-by-sixteen-foot booth allotments, as well as the fair’s DIY mentality—to keep costs low, the MDW organizers provided groups with walls for their booth space, but asked participants to repaint them and provide lighting as each saw fit. Some spaces fully embraced this challenge. While portage ARTspace tried to recreate the apartment-gallery sensation by installing a couch and tables complete with tea service and salty snacks, two artists exhibiting their work in the Roots and Culture booth—Kate Ruggeri and Carson Fisk-Vittori—sponge-painted the walls bright blue, creating a kitschy space with domestic overtones.

With the cost for participation a mere $300, the main intent of many groups was not necessarily to sell work. Aron Packer, the long-standing proprietor of Packer Schopf Gallery, saw the event as part of his promotional efforts (which also include the more upscale SOFA and NEXT art fairs) to encourage collectors to visit his gallery. Packer connected with Johalla Projects (a collaborative project space) and Chicago Urban Art Society (a non-profit gallery) through a panel, and the three groups already made plans to collaborate on a future show. 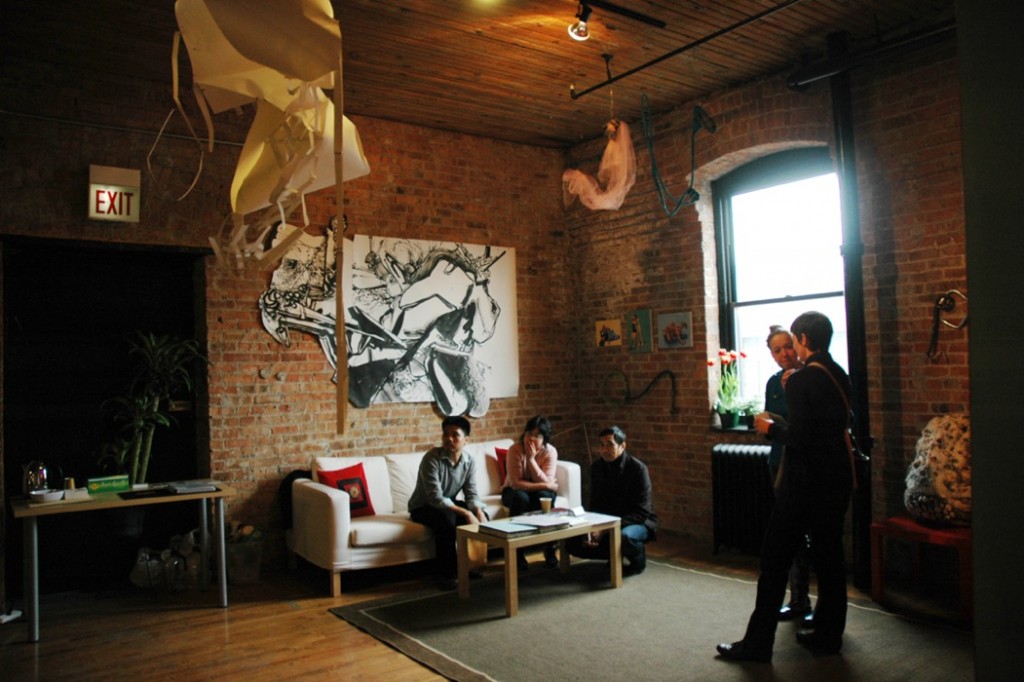 The low cost of participation also spurred participation from performance-based groups and small art presses, as well as a radical display of art-world altruism by the Green Gallery from Milwaukee, who ceded their entire exhibit space to another gallery, American Fantasy Classics, an artist-run studio that helps other artists complete and exhibit large-scale projects.

Comparisons to other local art fairs, such as the behemoth Art Chicago, also loomed large. Bill Gross, the owner of 65Grand (a storefront space that he formerly operated from his apartment), noted, “Those other Chicago fairs treat exhibitors like they’re selling hair products, or aluminum siding. That’s not the case here. I’ve sold some artwork this weekend, but that wasn’t the reason for coming. It’s just good to get the full community together; it’s a celebration.” Vincent Uribe, who runs the live/work space LVL 3, echoed that sentiment, viewing the MDW Fair almost as an art-oriented community organizer: “Rather than the out-of-town crowd for Art Chicago, this fair is about local people getting a feel for what’s out there and possible. Our booth here reiterates our place in Chicago; it puts a face to what we do.”

And, local people from diverse backgrounds and ages—ranging from collectors, art admirers, and students to couples with children—did indeed come to see the different art spaces, performances, music shows and even to take home some free art, copied via a black-and-white scanner by artist Philip von Zweck. MDW provided a welcoming environment for these visitors to talk directly to the sixty-plus art groups away from the frantic pace of opening nights, or the sales-conscious stress of the larger fairs. 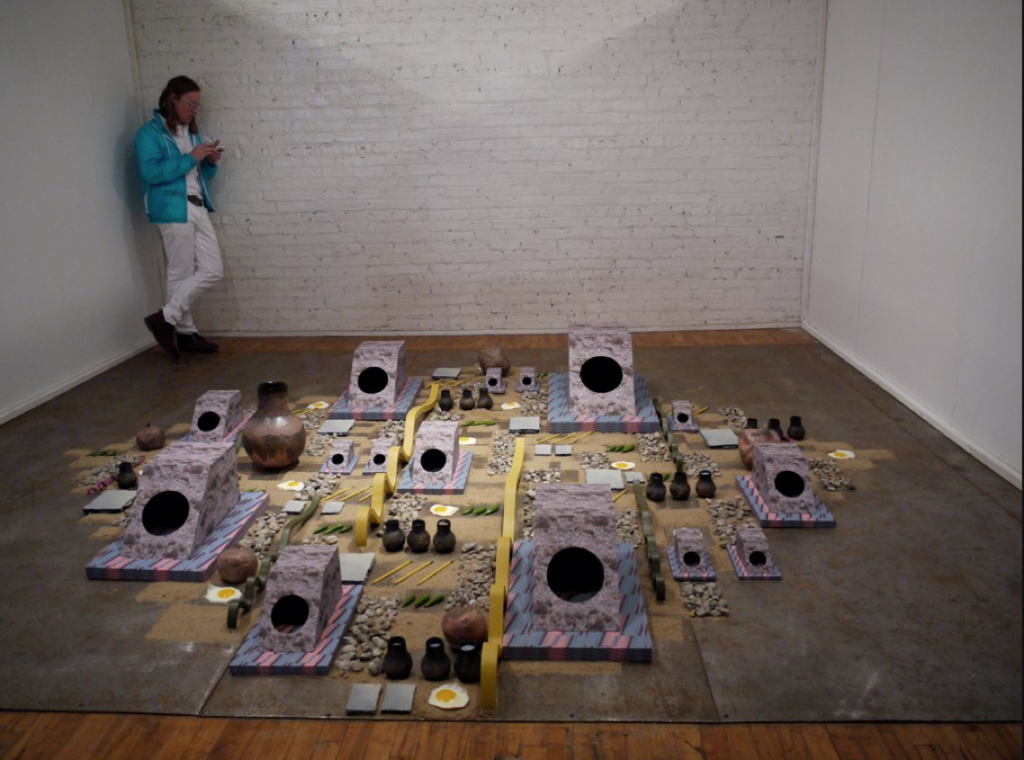 At MDW’s six scheduled panels, only one wired microphone was provided, meaning that panelists passed it hand-to-hand, pulling the cord when it became caught or too taut, making sure each participants’ voice was heard. Whether on stage or among the booths, this grassroots art fair created a consciously collaborative, democratic space for the exchange of ideas. And, if it was a litmus test of our art ecology in Chicago, some vibrant colors emerged. MDW co-organizer Abigail Satinsky put it this way: “It feels like the Chicago arts culture is on an upswing. We have all these galleries, and they all truly want to be in the same physical space together. There’s a lot of potential here, and they’re discovering it together.”