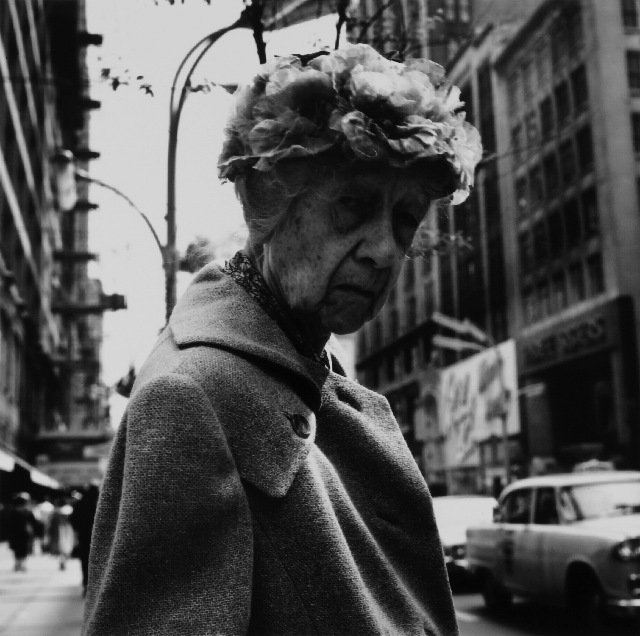 A nanny by profession, Vivian Maier’s passion—and that is no exaggeration—was street photography intensively pursued in New York City, Los Angeles and her base of Chicago. Shooting mainly during the 1950s and 1960s, Maier’s archive was only discovered after her death in 2009, and a selection of fifty-seven black-and-white images, mostly portraits and mostly candid, now receives its first gallery show. Maier comes out as a minor master, a child of her time whose images resemble those of Diane Arbus; her subjects are quirky, often discomfited, not especially conventionally attractive, and sometimes downright dyspeptic. Of course, the Chicago school is never as extreme as the New Yorkers, so we can get close to and familiar with Maier’s subjects, and then find out that we might have wanted to keep more of a distance. An elderly bony-faced lady sporting a helmet-like floral hat gives a sidelong look into the camera that defines what is meant by baleful. Maier serves up the all-too-human family of the morose. (Michael Weinstein)