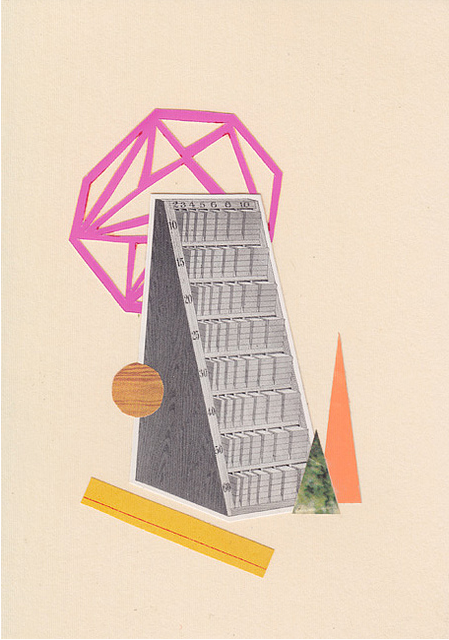 A collage study by Chad Kouri

Like most of the people that ReadyMade magazine profiles in their regular column “How Did You Get That F*&%ing Awesome Job?” in which he’ll be featured in an upcoming issue, Chad Kouri did not climb the corporate ladder or envy the corner office, but constructed his job from many collected elements and merged them into a collaborative whole, as if it were one of his collages. Indeed, Kouri’s art, work and life have so many intersections that they appear as a single organism, digesting and creating the world at each turn. Kouri is an editorial illustrator, collage artist, graphic designer and recently became the Creative in Residence at Edelman, a PR firm in Chicago, which is a unique position they created especially for him. Essentially, he is their in-house artist, consulting on visual projects as if they were his art.

Kouri’s list of awesome jobs is ever-expanding. In September 2010, the design group smbolic asked Kouri to be the illustrator in residence at the Cusp conference, which was held at the MCA, so Kouri sat near the stage and made abstracted portraits of each presenter as collages on old autograph-book paper. With the Post Family, he works on collaborative projects and curates exhibitions. Kouri is a chronic collaborator, but he also maintains a studio practice, making collages from found papers, takeout menus and old product catalogs. These 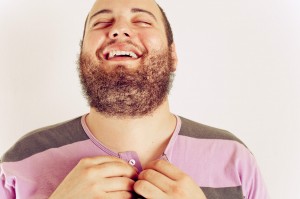 sometimes become the basis for his editorial illustrations but they are also just collages to be looked at, because they look good. Kouri often gives these away to new artistic accomplices, and so the collages, made of the stuff of the world, and reinserted back into it, are also collaborations.

Kouri has started a new artist-grant program with Edelman. Called Spark, it will award a small sum of money to a creative person who works with the community in an artistic and educational way. The grant was Kouri’s way of making sure that his office job “could have implications for the art community in every way.” 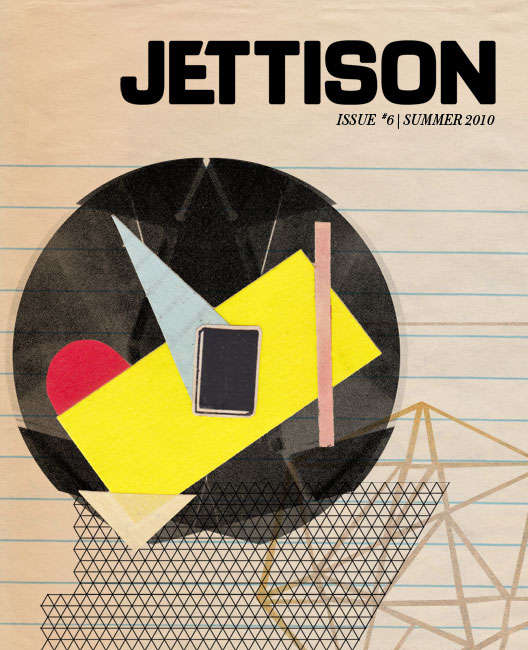