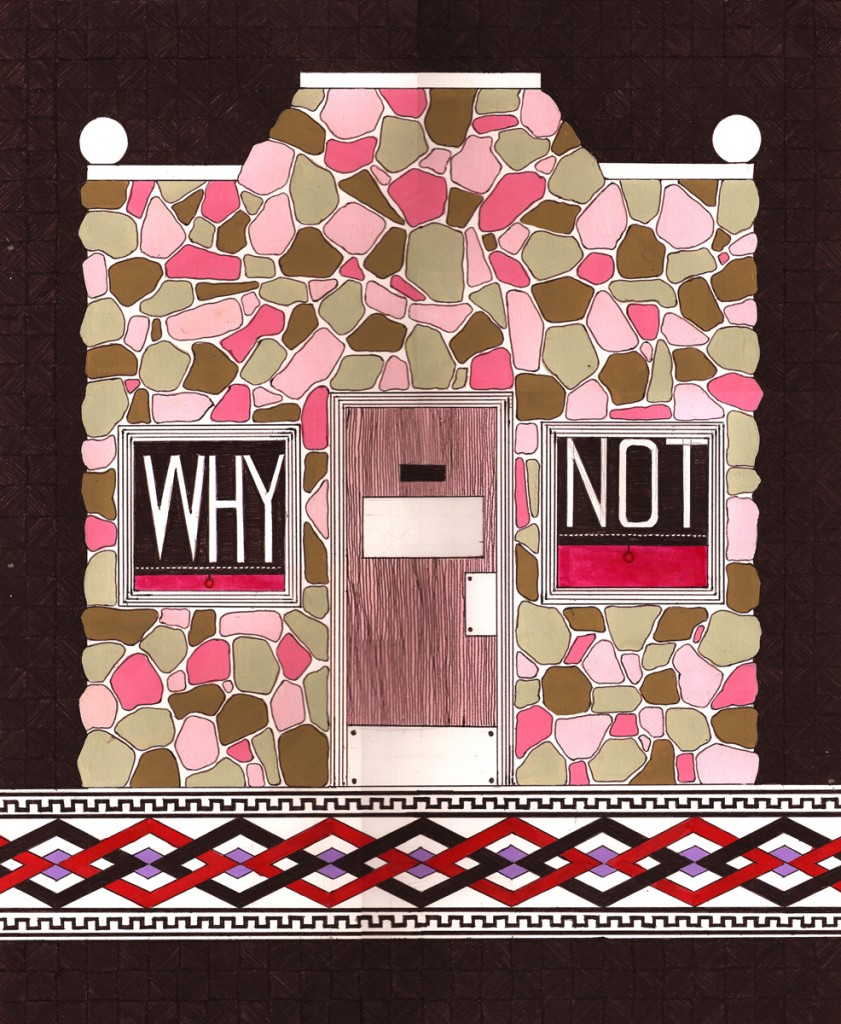 Edie Fake, from the City of Night series

In the “City of Night” series, Edie Fake begins with the name of a historic Chicago place that served or promoted the gay and lesbian community, such as Sappho, The Virgo Out and The Cabin Inn, and dresses it up in architectural fantasy. Although all of these clubs, bars, community centers and gathering spots are now shuttered, photographs and narratives exist in various local archives. Still, Fake reimagines their street-view facades using a composite of architectural details culled from his observation of Chicago vernacular architecture. These are small, human-scaled buildings, decidedly not skyscrapers, that sport rainbow siding, or a swinging saloon door, or slanted roofs like a suburban residence. The facades are still and quiet, like the exaggerated monuments to the dead in Graceland Cemetery; the people are harbored inside.

The “City of Night” series is Fake’s small side project to his grand scroll of Chicago gay history, currently in progress. He describes the scroll as a huge visual map, though not linear, as a “pile of history.” It will be more historically functional than the creative portraits of long-gone clubs, as Fake is conducting research locally at the 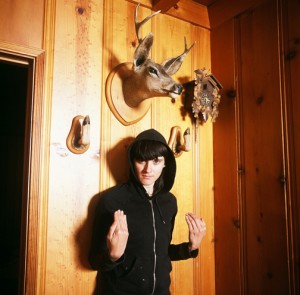 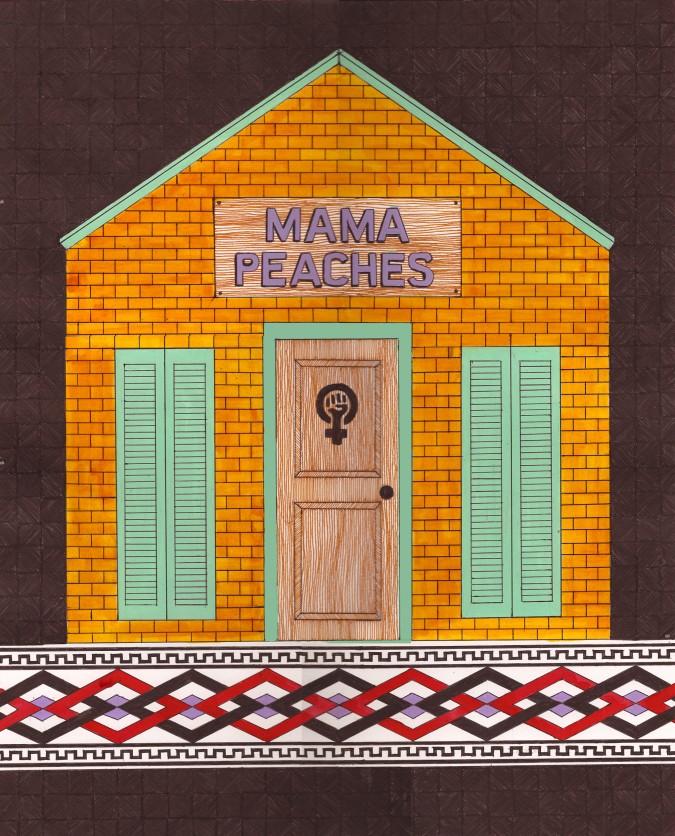 Edie Fake, from the City of Night series