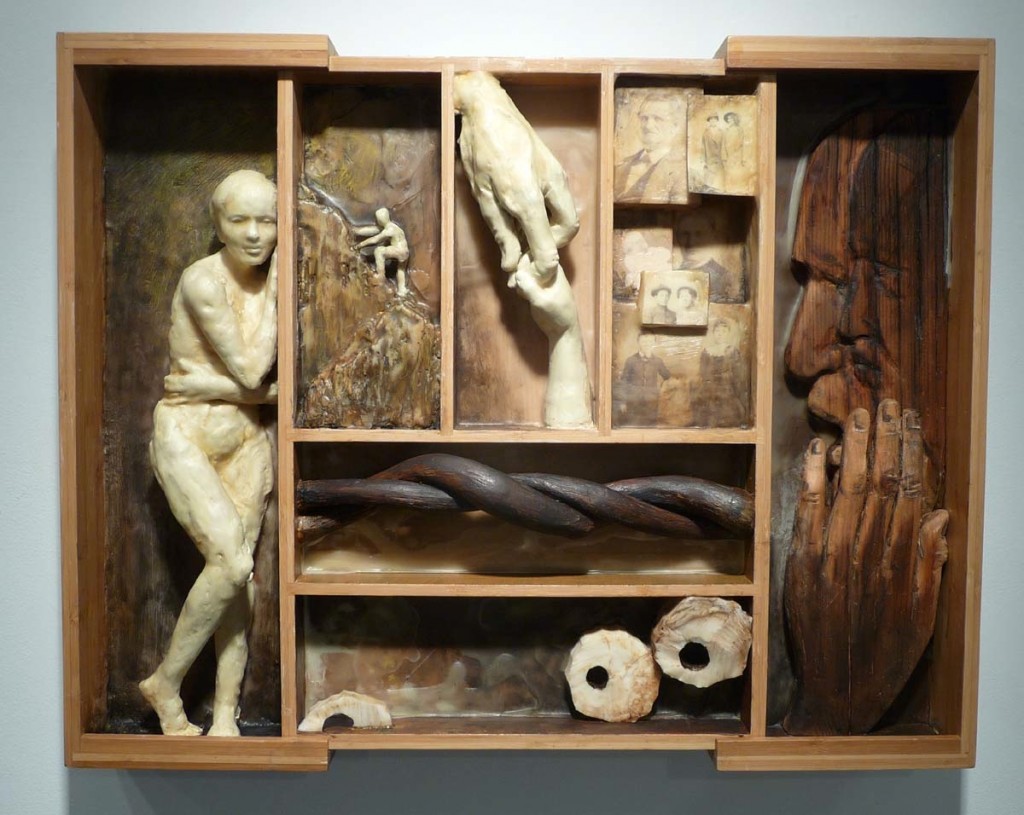 Impressionism never caught on with sculpture the way it did with painting, probably because spontaneity is so much more problematic in three dimensions. The tempestuous surface of Rodin is still much admired but very difficult to imitate, while the sentimental, soft-focus wax surfaces of his contemporary Medardo Rosso went almost immediately out of fashion in an era that was responding to the power of archaic classical and primitive art, and reviving direct carving. But former Chicago sculptor Susan Clinard is bringing Medardo’s style back with a number of small, well-modeled clay figures framed within the wunderkammers that she has built for them.

The nooks within these cabinets of curiosities seem to reflect the compartmentalization of the artist’s own body as well as her life as mother, wife and artist, while also feeling like a display of odd relics in a very remote, rustic museum. They contain pieces of wood, stone and metal, as well as small, wax-covered clay figures, and the entire effect is the sadness of something lost before it was ever quite understood.

By themselves, many of the figures express a joyous and remarkable facility of modeling.  Clinard has a magic touch for making lumps of clay come alive as human heads, hands and postures. A dozen or more small portrait caricatures have escaped the cabinets and are displayed on a table beside them. One wishes that more figures would break free from their compartments, slough off the sentimentality of the soft-focus wax, and defiantly command the space of a room. (Chris Miller)