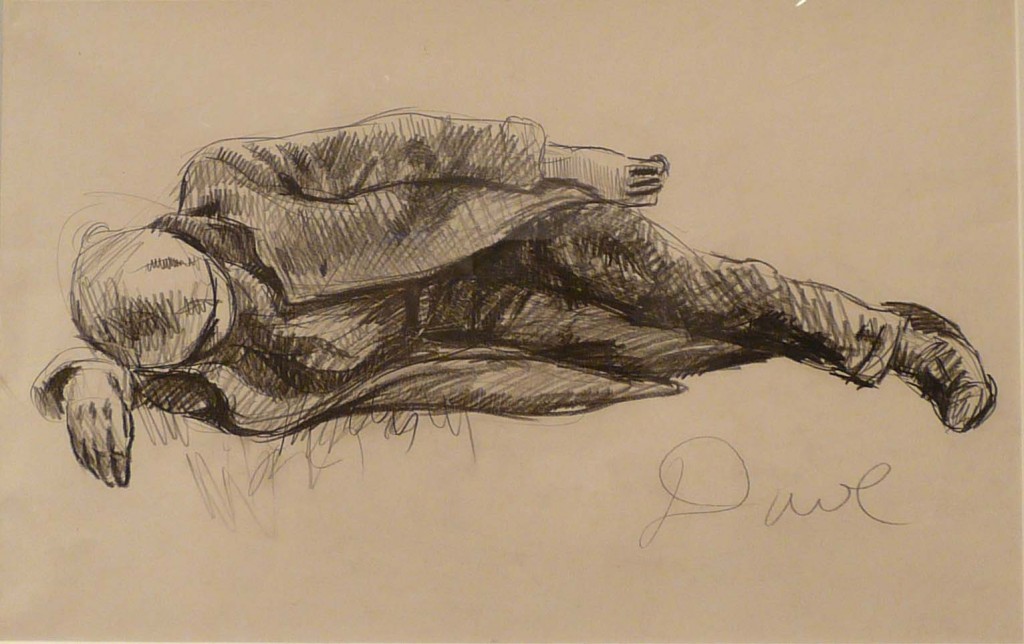 When the stock market crashed in 1929, American art detoured off the road to Modernism, and traditional pictorial techniques were used to look at the society that had lost its way. “Who are we?” these realistic images seem to ask, often with the heaviness and dramatic chiaroscuro of earlier ages rather than the lite-bright sunniness of Impressionism. The postwar economic recovery would be announced by the triumph of abstract, individual expression, but in the intervening decades American artists took a look at Americans and how they lived.

The Terra Museum of American Art was once the best place to find special exhibitions of this kind. Now that it’s closed, Yen Azarro of Madron Gallery has done a good job of assembling a museum-quality show, drawing from a variety of galleries and private collections with big national names as well as local artists, like Aaron Bohrod, Edgar Rupprecht and Emil Armin.

Aiming for what felt immediate, real and poignant, this was an era for the kind of non-photographic figure drawing that was both natural and dynamic, with masters like Raphael Soyer and Reginald Marsh, and quick-sketch specialists like David Fredenthal. It was also an era for the nitty-gritty cityscape, usually well populated with characters, and this show has some good examples by Ethel Spears and several by Edmund Yaghjian, whose views of busy New York streets at night are like a time machine.

Why hasn’t our recent super-recession had the similar effect on our artists? Is it because the skills to make convincingly real narrative art have been abandoned, or because social realities are less important to us than personal fantasies—as the popularity of the Tea Party might suggest? (Chris Miller)