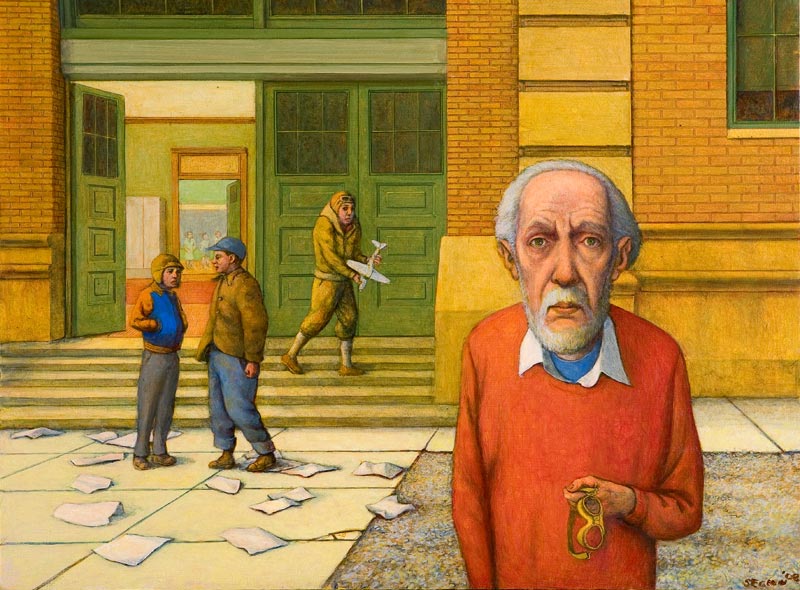 As co-curator Judith Lloyd Klauba writes for this exhibition, elders of the Crow people are keepers of star knowledge, and “teach the young understanding of the night sky as it combines mythology, spirituality, social, ritual, and practical aspects of tribal life.” She also relates that, according to the Center for Aging of the National Health Institute, “those who engaged in creative arts had fewer illnesses and injuries, and reduced risk factors for long-term care.” Accordingly, she has collaborated to produce an exhibition of eleven Illinois artists, all of whom are distinguished not only by their body of work, but also their longevity and careers in teaching.

Now in their seventies and eighties, this is the first generation of postwar art students, almost all of whom worked in another postwar phenomenon: the university art department. Yet, as one of those professors, Leopold Segedin opines on his website, “It is ironic that Painting—the dominant Fine Art in the Western world for over 300 years—finally gains status in universities—only to lose it in 30 years.” 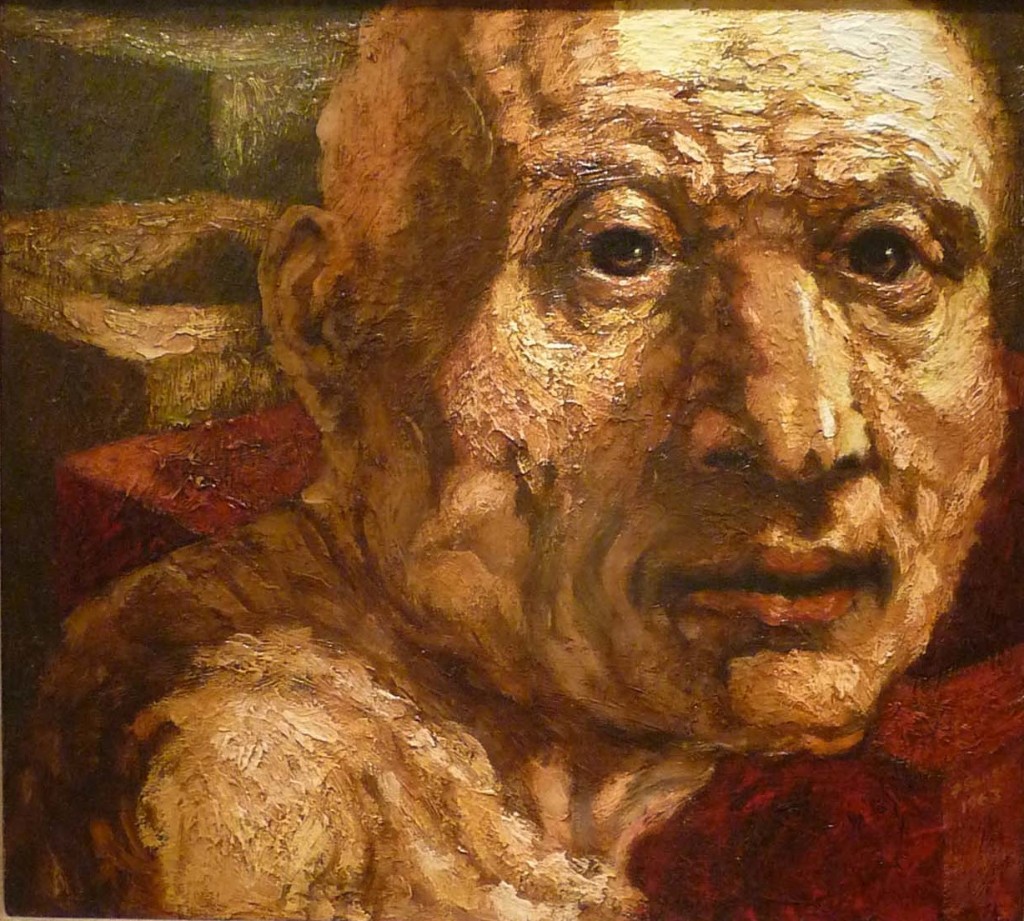 For better or worse, this has been a transformative generation in the history of American art education, and these eleven mini-retrospectives give us a good look at them. The mythology, spirituality and ritual is all there—but it’s strictly personal. Theodore Halkin paints hieroglyphs that only he might understand, and William Frederick crafts silver objects for rituals that only he might perform. Segedin and Elizabeth Rupprecht can’t seem to escape the memories of their childhoods while the two strictly abstract painters, Barazani and Kapsalis, may have gotten more freewheeling and energetic with old age, but theirs is the art of merely personal realization. Gerda Bernstein’s self-portrait shows us a soldier-artist fighting for good causes, but also suggests her installations might be more about self-image than changing anyone else’s political opinions.

The only artist/prophet/mythmaker in this bunch is Fred Berger (also the only one without a masters degree) who began by decrying the hellish ugliness of modern life, and ended by prophesying a beautiful artificial intelligence to replace us. With nothing to share beyond either despair or self-absorption, it’s no wonder, as Segedin reminds us, “by 1985, scholarly books began to appear—declaring the end of art history.” But the next time our state museum surveys elderly Illinois artists, it might also look outside of academia to find those more traditional practitioners who, like Crow elders, can still envision a collective rather than personal mythology. (Chris Miller)