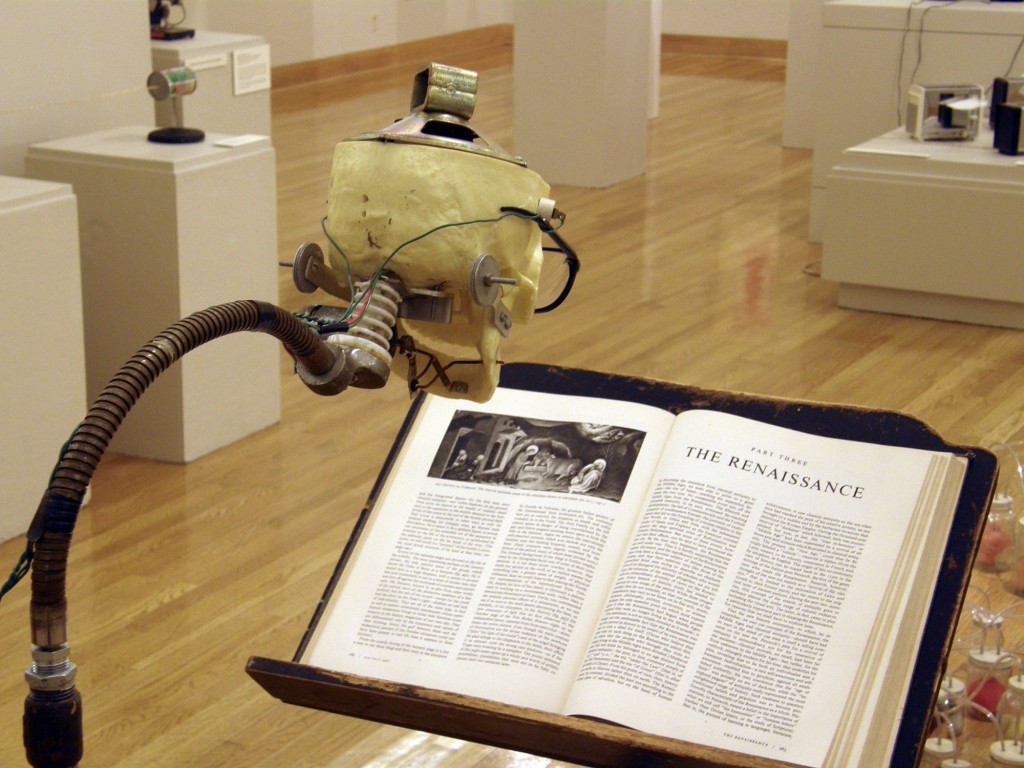 Two absorbing retrospectives of two important but overlooked artists is more than worth the drive to Valparaiso. In Jno Cook’s 1990 kinetic sculpture, “A Slackening of Creation,” a title borrowed from Pliny, a da Vinci-esque model of a Copernican solar system revs itself up, with a furiously spinning globe swinging on a counterweighted arm around a blazing 1000-watt light bulb. As Cook puts it, the piece “condenses 30 billion years to 3 minutes,” with the globe decelerating, the arm slowing, and the bulb fading to darkness—all atop an antique surveying tripod, before starting back up again. “Readings From the Book,” a 1993 Cook contraption, features a skull with a moving jaw, posed in perusal of Janson’s “Art History” textbook, opened to a chapter on the Renaissance and reciting aloud a list of overheard art sales pitches, such as, “The work is selling like crazy in Europe,” and “There was a show on PBS about this.” Cook’s ingenious photographic machines include the 1978 “Half-frame Motordrive Camera,” which Cook positioned directly over his bed and set to shoot flash pictures once per hour; four prints of contact sheets are on view as well, in which he and his wife’s bed fits perfectly into the half-sized field of view, and their cycles of presence and absence duly recorded. 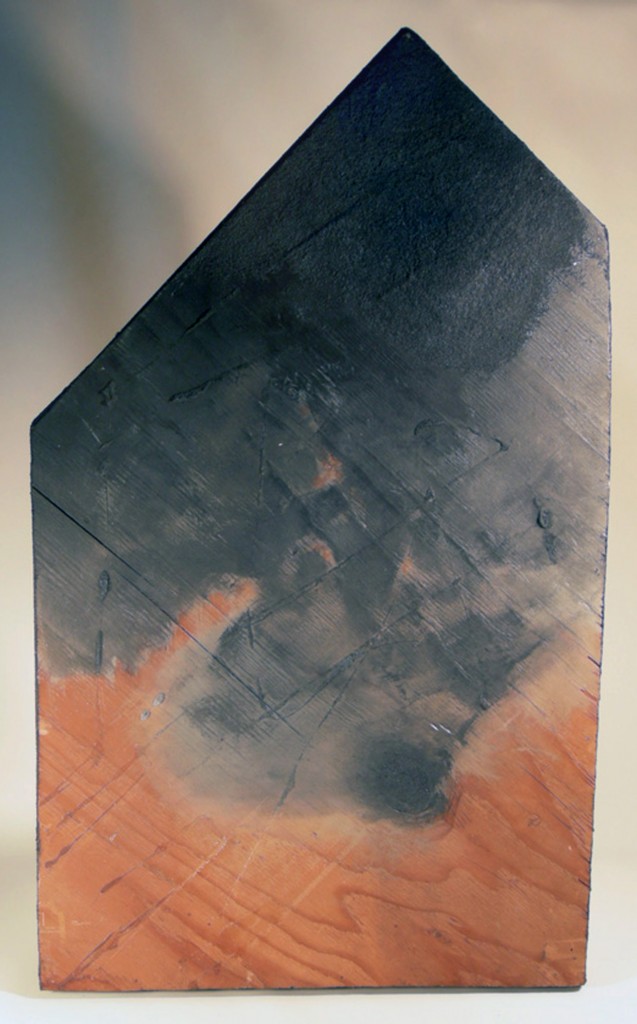 Gordon Ligocki’s “A Bevy of Beauties,” 2003, simply displays round ornamental aluminum forms immersed in hydrocal, 2008’s “Cruncher” has Perrier bottles stuffed into a cork surface, twined with webbing, and sandwiched from the top by concrete, and “American Icon,” 1998, is an uneven wooden quadrangle painted to appear burned. Other works by Ligocki indiscriminately besmirch and deform the shapes of boxes, eggs, shutters, turtle shells, and game boards. While he also works almost entirely from the junk heap, Cook’s Tinguely-esque mechanized pessimism is balanced by Ligocki’s odd shapes, muddy colors, and weathered surfaces of agglomeration, in objects that call to mind the de-idealization of nature in Arte Povera. (Bert Stabler)