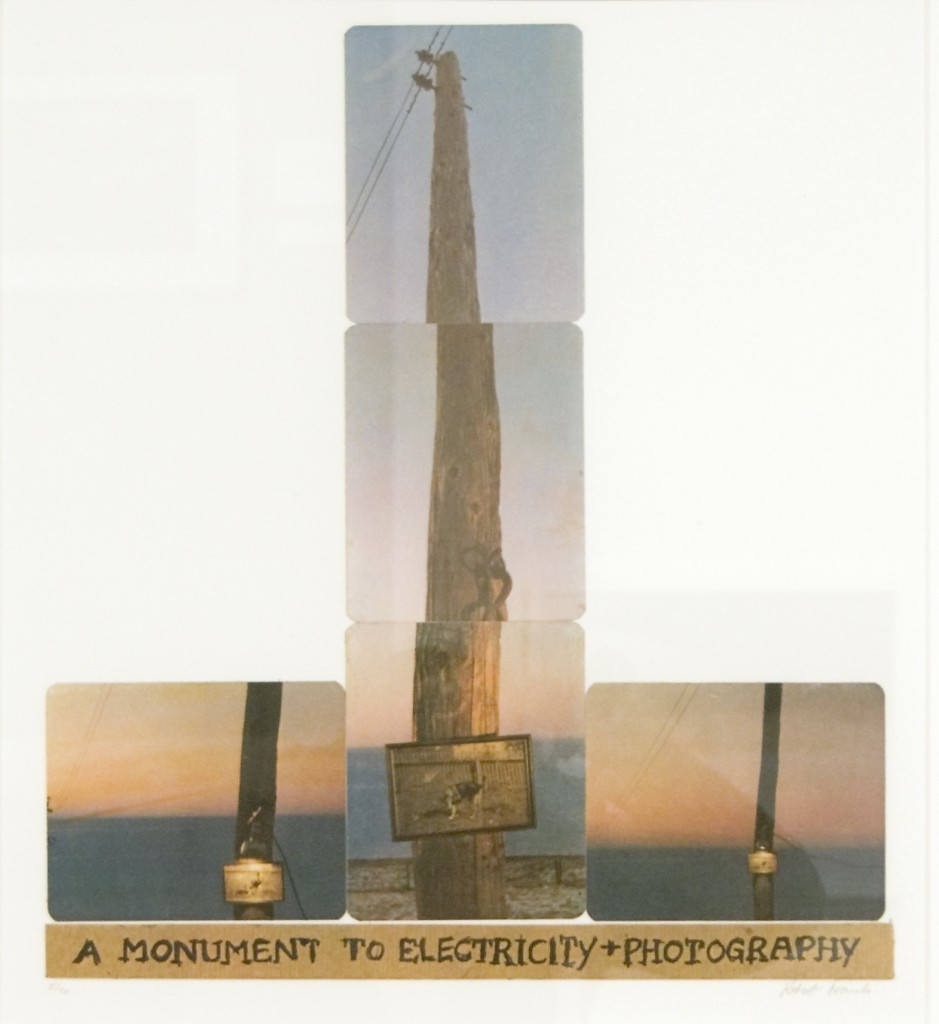 With a flood of 123 black-and-white and color, and large and small format images by fifty-six photographers (mostly American, with a smattering of Europeans and Asians, some renowned and some less known) covering the last eighty years, this visual torrent of an exhibition that celebrates and criticizes by turns modern industrial infrastructure is in need of one of the dams that pop up here and there on the walls. Given the lack of conceptual focus, viewers are advised to cut through the thickets of telephone poles and powerlines, and to hone in on particular shots, many of which are striking and worthy of long looks, and to pay particular attention to distinctive styles rather than subjects. A photographic eye will put one on an expressway directly to Robert Frank’s multi-photo color collage of those ubiquitous poles (festooned with photos of his dog), the segments of which are out of alignment. Frank’s “Monument to Electricity + Photography” is witty and wise, and is inadvertently a metaphor for the show. (Michael Weinstein)

Through July 17 at the Museum of Contemporary Photography, 600 South Michigan.