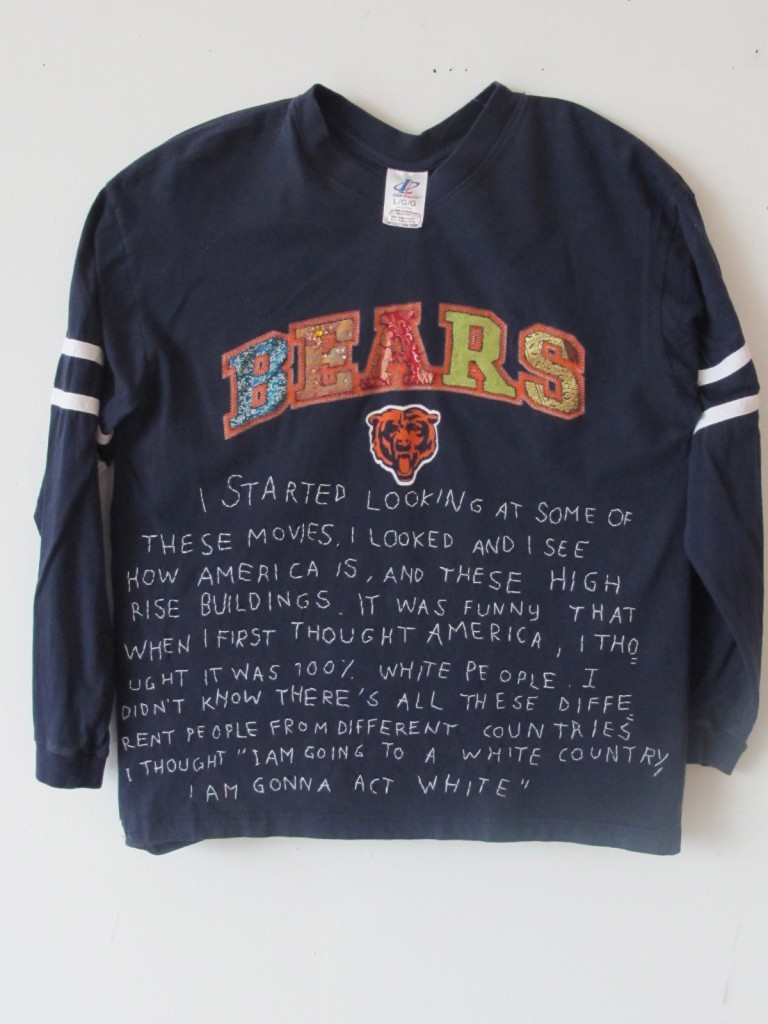 What makes much contemporary art successful, whether “political” by intention or by accident, is that it comes as the result of an effort not focused on making something that looks like art. This describes well what happened with Anne Dodge’s “66 Motels” project, on display in the show “In A Strange Land” at the Calles Y Sueños space in Pilsen, organized by Rozalinda Borcila in conjunction with the upcoming AREA Chicago issue on “Im/migration.” Dodge, a researcher who doesn’t identify as an artist, has been interviewing owners of motels along Route 66 that advertise themselves as “American-owned,” which at one point really meant “white-owned.” But these signs remain on many motels now owned by non-white immigrants and, while the jingoistic fine print in Dodge’s postcard-type photos of motel facades inspires a chill, reading her interviews with current motel owners makes “American” seem like a redeemable term. Along those lines, Fereshteh Toosi’s free calling cards, which say “The Only Reason You Are A CITIZEN Today Is Because Your Ancestors Believed and Practiced IMMIGRATION,” are based on an old KKK card that replaced “A CITIZEN” with “WHITE,” and “IMMIGRATION” with “SEGREGATION.” Chiara Galimberti’s pieces struggle on a formal level, but the Chicago sports jerseys, which she embroidered with fabric and quotes from interviews with immigrants from countries where the jerseys were manufactured, certainly resonate as sociological illustrations. Two videos in the show make an effort to move beyond reportage: Bia Gayotto records “bi-cultural” people in various settings lip-syncing to statements written and read aloud by other “bi-cultural” subjects, and Ben T. Brown’s documentation of a rally to pass the DREAM Act, which would provide a path to conditional permanent residency for undocumented students, is slowed down by half for each year the act fails to pass. The show closes with a “counter-nationalist cook-out, party and speak-out” on Sunday, July 3. (Bert Stabler)