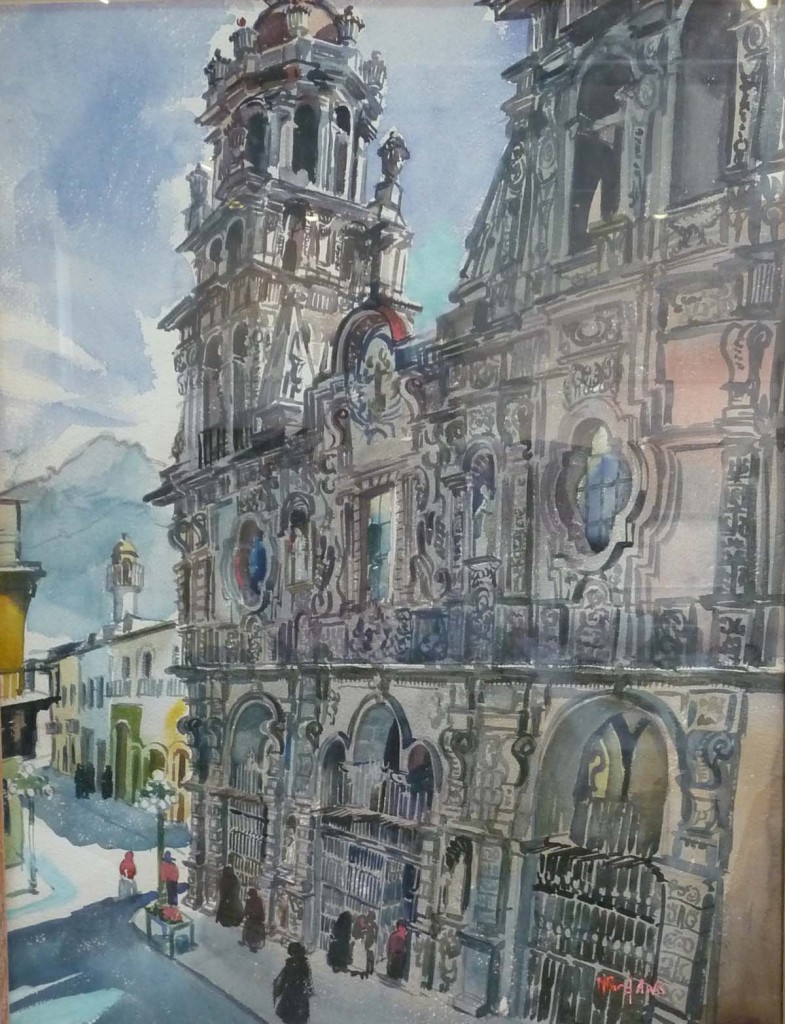 The paintings of Ruth Van Sickle Ford (1897-1989) have the sweet enthusiasm and giddy clutter appropriate to a mid-century suburban American mom, but working a career as both an artist and school owner, she was hardly a typical woman of her times. In 1934, she was one of the 875 artists chosen for the Chicago Century of Progress display (other artists included Watteau, Durer and Whistler). In 1937, she borrowed enough money to buy the Chicago Academy of Fine Arts, the area’s foremost commercial art school, where she had first studied and later become an instructor. Commuting daily from Aurora, she ran it for the next twenty-three years. The faculty included Bruce Goff, who went on to design an ultra-modern “round house” for her in Aurora. Successful in both career and family, she was a modern, trend setting American woman. But organizing a 1960 demonstration on the steps of the Art Institute against the arrival of a painting by Franz Kline, she also took a stand against the kind of Modernism that was keeping her out of the annual AIC Chicago and Vicinity shows. In her fourteenth and final appearance in 1955, she showed  “Cathedral, Puebla Mexico,” the same watercolor now included in this exhibition. Remembered for teaching students the difference between painting and photography, one may note how the old building seems to be chair dancing. Sharing the requirements of commercial illustration, there’s no aloof despair, angst or isolation in any of her work. There’s just the thrill of being alive, whether it’s in the scenic villages of New England and Haiti, or in her hometown. Never moving away from Aurora, her paintings are scattered among the banks, schools and other public buildings, making her an indelible part of local history. Will her oils ever again be hung along with Rembrandt? Maybe not. But her bright, spontaneous watercolors capture the joy of living in her time and place, so there will always be a wall for them. (Chris Miller)