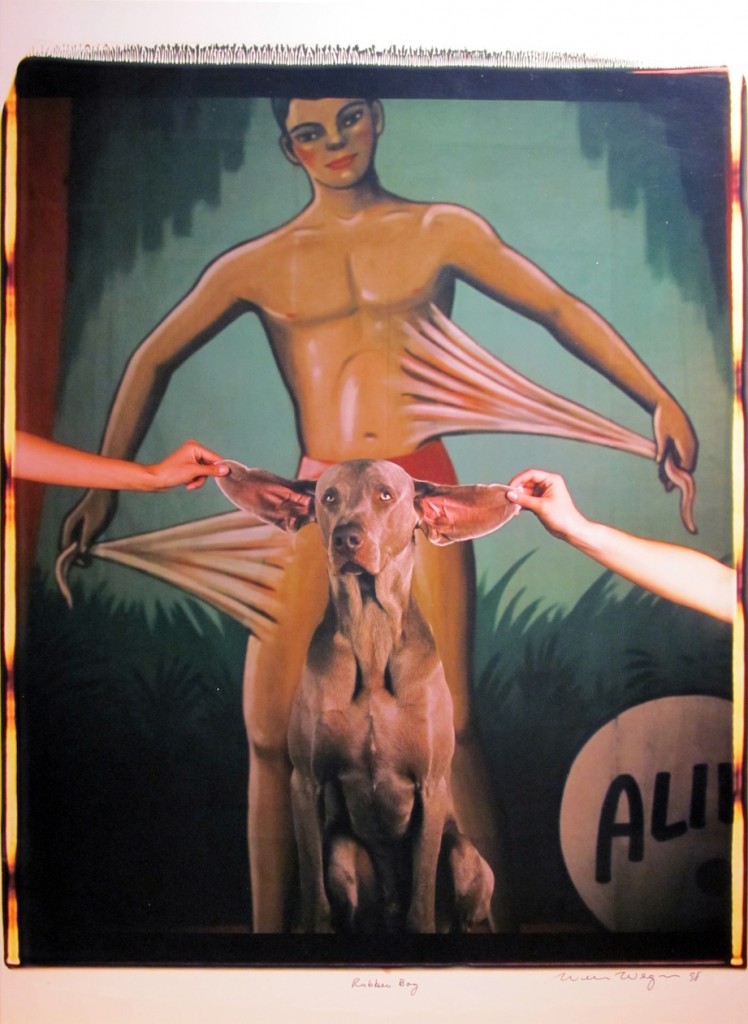 Now that he has devoted his talents for upwards of four decades to taking absurdly humorous color photos of his Weimaraner dogs in various and sundry settings, you would think that William Wegman would have run that shtick into the pound. Think again. In his latest shaggy-dog romp, Wegman borrowed a passel of vintage sideshow posters from gallerist Carl Hammer, placed the pooches in front of them in appropriate dress, and posed them as—yes—the cutest sad-sack freaks this side of P.T. Barnum. Just imagine the bliss that the long-gone scaly-skinned Alligator Girl would have felt had she actually had one of those winsome Weimaraners, complete with an alligator snout, as her faithful consort. Wegman does that for her image posthumously. One can never accuse Wegman of being a one-trick puppy. He went to the dogs when postmodern photography seduced him and he never came back. (Michael Weinstein)