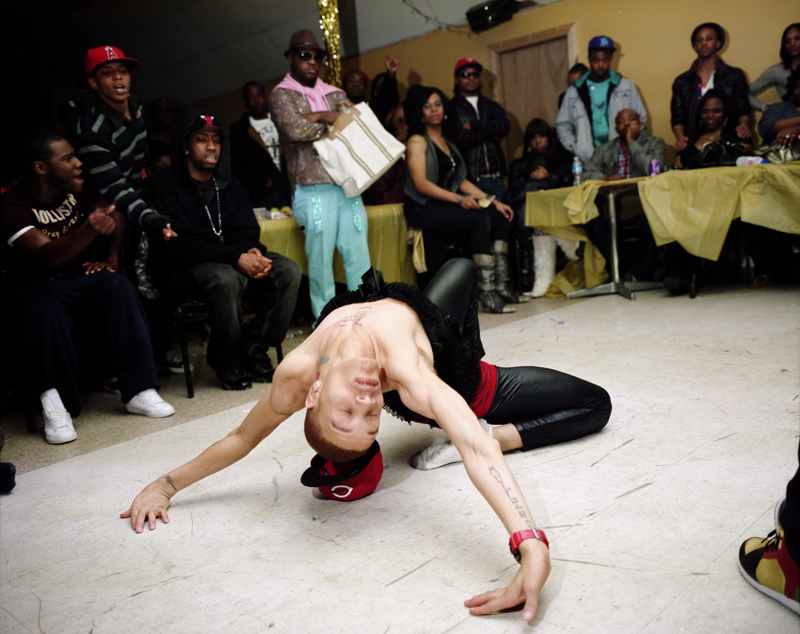 It’s not the sort of scene anyone can just waltz into. Chicago’s underground ballrooms are organized by and for the African-American transgender community, and although they are essentially dance competitions with esoteric rules, to join one is to grab onto a “tentacle of gang mentality,” says Todd Diederich. He’s been photographing the underground ball scene on Chicago’s South and West Sides for a couple of years. Access for Diederich was doubly hard: not only did he want to attend underground parties where he had no business as a straight white guy, he also wanted to document every dance-floor battle and behind-the-scenes drama he could find. To do so, he could not be an outsider or mere observer. Diederich gained the trust of the ballroom participants, and his photos testify it. As a gonzo photojournalist, Diederich’s photographs not only bring to light an underground scene but also document his relationship with his subjects. Would-be dancers and even newspaper journalists have tried to piggyback on Diederich’s access to this underground culture. He enjoys the limelight, for himself and the scene, but Diederich’s photographs are imbued with vitality not just because he shows up and takes snapshots; Diederich believes that his newfound friends, many living on the fringes of society, are the future of the USA. 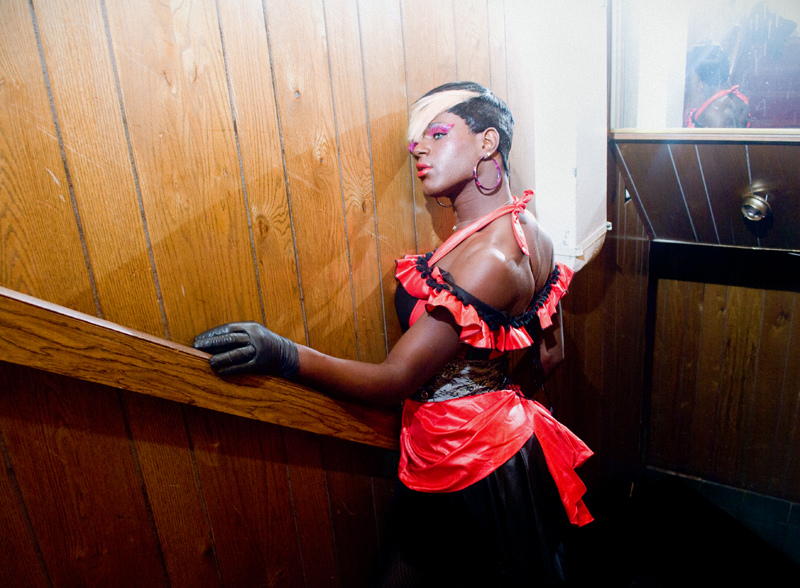 Diederich quit Columbia College’s influential photography program in 2003 and attempted to unlearn all the etiquette and technique they had taught him. He had seen Jennie Livingston’s groundbreaking film “Paris Is Burning,” released in 1990, which documented the ball scene in 1980s New York City, which gave exposure to “passing,” where cross dressers stage a dance-off in order to mimic straight lifestyles. The film is required watching in every college humanities program, as it’s a fascinating document of twentieth-century gender and identity politics, but it is not just last century’s history.

There are many differences between Chicago’s ball culture and New York’s, says Diederich. Where NYC balls take place on stages in front of velvet curtains, Chicago’s are more informal, sited in church basements and backyards, and sometimes there’s a crossover with gangs, and violence can be a reality, even at a party. There are dance themes and extravagant fashions, and the competition categories can be decades old, such as Butch Queen Realness, which is passing like a straight thug. Unlike “Paris Is Burning,” Diederich’s still photographs are motionless and silent. It’s not clear what type of music they’re dancing to or even what kind of dance is being performed. Instead, they focus more on the visual codes and handmade glamour of the local ballroom scene. Diederich calls them aesthetes, and their beautiful ambiguities are heightened and tensions stripped away when frozen in a photo. 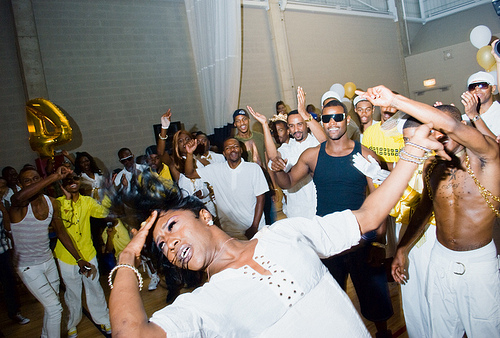 Do the dancers show off in front of Diederich’s camera? “They’re voyeur friendly,” he says. They’re great performers, and “could be huge in the ballroom scene but fuck if anyone knows what the ballroom scene is.” Diederich sees something beyond their showy extravagances. He often uses the word “liberated” to describe the dancers. In the thick of so much theatrics and “passing,” Diederich is able to capture what is honest and real in their quest. (Jason Foumberg)