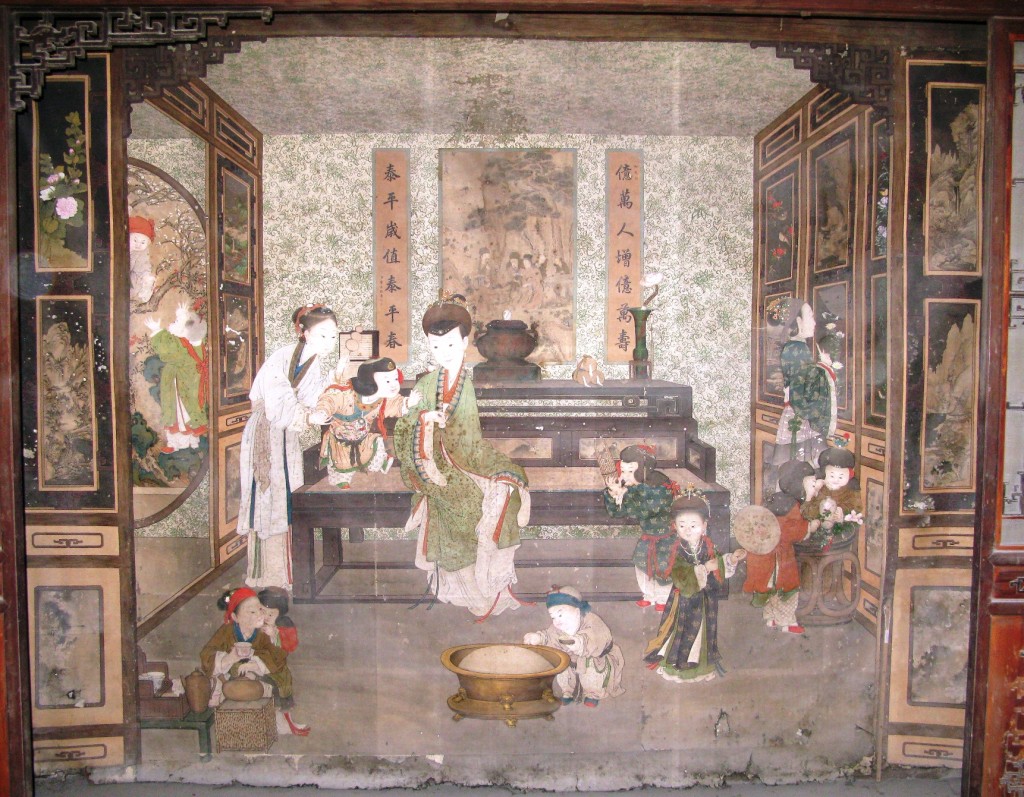 The Qianlong Emperor (1711-1799) was a fanatic patron of the arts who is quite familiar to lovers of Chinese painting. He stamped his big red seal on many of the 10,000 paintings that he collected, not just once, but each time he unrolled them. He is also known to Chicagoans thanks to the 2004 exhibition at the Field Museum, “Splendors of China’s Forbidden City.” Recently, the World Monuments Fund has focused attention on the Juanqinzhai, a two-acre compound of gardens and pavilions in the Forbidden City that the emperor commissioned at the age of sixty to serve as a retreat in his declining years. This year, many of the furnishings from those pavilions are touring the United States.

The imitation rootwood furniture is perhaps the most memorable. Displaying a passion for faux-rusticity, also shared by the contemporary French royal court, these  outrageously convoluted objects miraculously reflect both organic process and elegant human design, as well as the Buddhist ideal of a simple, quiet life.

But was a quiet, simple life possible for an autocrat in charge of 200 million people, the most populous and prosperous empire of its time? Apparently not, as the emperor never resided there, even though he delegated many responsibilities to a favorite whose massive corruption initiated a decline that would last for 200 years. The emperor was fitfully napping when he should have been keeping up with the mercantile and industrial expansion of the West, which only interested him for its curiosities, like mechanical clocks and one-point linear perspective, applied so effectively in the fifteen-foot trompe l’oeil mural that accompanies this exhibition.

This mural offers the illusion of a room full of gentle, beautiful young mothers with healthy, vigorous children. Had the aging emperor already despaired of finding love or a suitable heir? The dark heavy furniture of his surroundings seem to echo a sense of doom. Every educated Chinese was expected to master calligraphy, and examples shown here by the Qianlong emperor reflect his elegance and strength of character. But the flaccid examples by his heir, the Jiaqing Emperor, reveal the weakness of the following period.

Cosmic in scope, this exhibition is also connected to a current international controversy. A shrine from the Cuishanglou pavilion includes images of Tsongkhapa, the founder of the Dalai Lama’s Yellow-Hat sect, as well as the Manjusri, wheel-turning-emperor himself. Modestly, the emperor is placed beneath the great spiritual master. But ominously, he is also much, much larger. (Chris Miller)