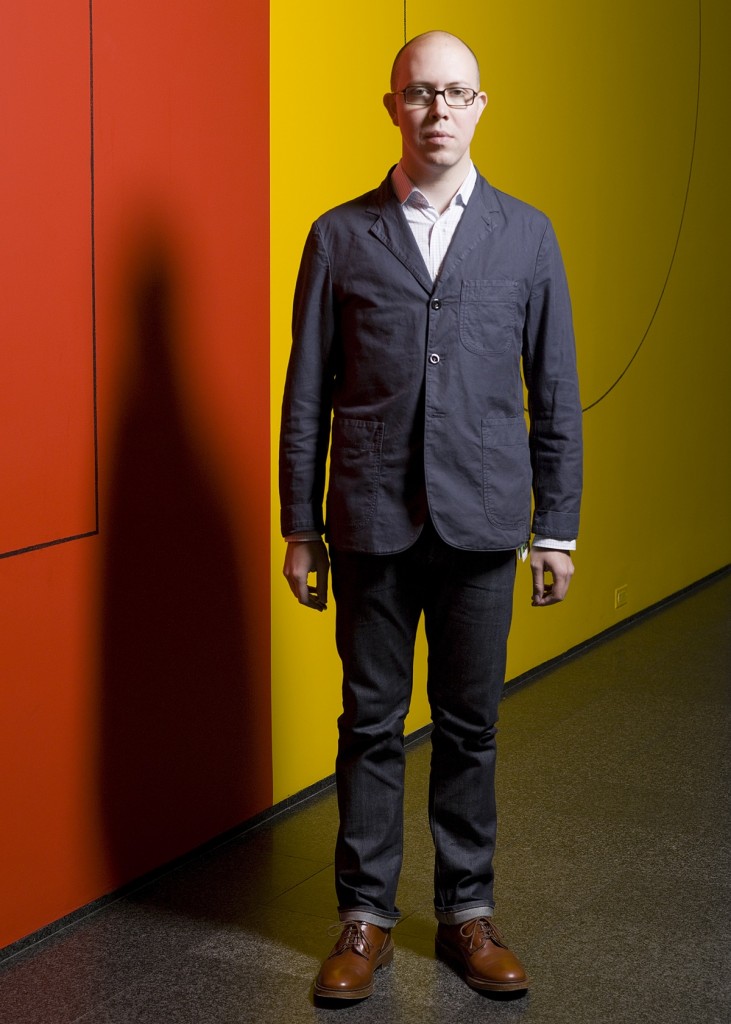 “In a way, this position is my first job,” James Goggin tells me, referring to his transition last August from running his own design studio in London to becoming the director of design, publications and digital media at the Museum of Contemporary Art. Goggin’s approach to design is transgressive; he explores ideas across supposed boundaries, like museum departments and mediums ranging from print and digital to spatial and architectural. With other past roles as a magazine art director, university visiting critic, lecturer and even writer, Goggin’s expansive mindset dovetails neatly with the new models for audience engagement and institutional innovation currently pursued by the MCA. We talked about his role in further extending the MCA’s reach into the city.

One of the main reasons Madeleine Grynsztejn recruited you to the MCA was to create a new visual identity. What’s happened so far?

This new identity isn’t window dressing. I didn’t want to just produce a new logo, color, or different font. We’re spending the year talking to every department, asking such questions as how do the databases work, how does the point of sales system in the store work, how does ticketing work. We have to know how everything functions before we can design a new identity. And, much of that is logistical rather than aesthetic design. It might not be something that’s tangibly visible as design to the public, but it can be seen in the overall visitor experience.

The release of the new identity will coincide with the culmination of Michael Darling’s curatorial planning, the restructuring of the building and galleries, new people arriving, and all of the programming started by Madeleine Grynsztejn more than three years ago. As a designer, I want to be working with the overall context—here, it’s the city of Chicago and our links with the community. 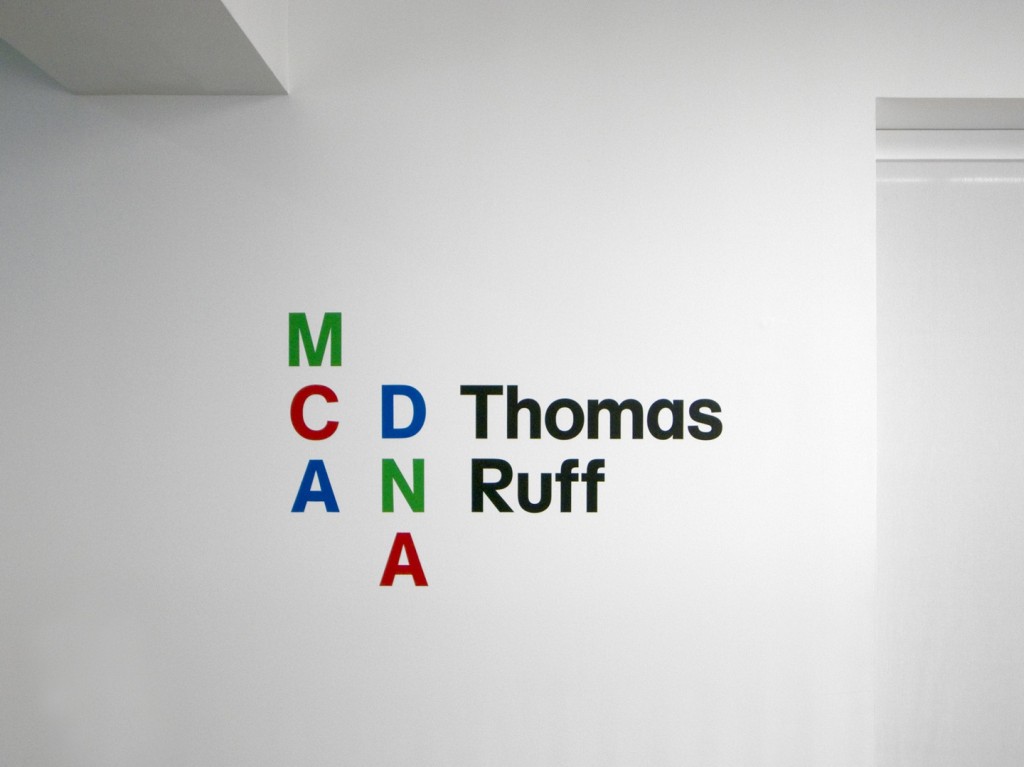 Can you tell me about your role both as design practitioner and now design curator at the MCA?

The museum’s design department has traditionally been called design, print and digital media; I’m trying to reappraise that title for the department, recognizing publishing rather than printing. Publishing suggests practical production—we’re still a print department—but we’ll initiate publications too.

There’s an editorial side to design; designers are also readers. You’re thinking critically about what it is you’re designing and how it fits into a wider context. If you approach design from that angle, organizing an exhibition or publishing your own work is a natural result.

What was your intent for the first show you’ve organized, “We Are Here: Art and Design Out of Context?”

My idea for the exhibition started with a very basic question: what happens when you bring an everyday activity into the gallery? There’s a shift that occurs from the practical to the performative. I picked four groups of artists and designers that I admire—Object Design League, Golden Age, Tim Parsons and Jessica Charlesworth, and Sonnenzimmer—and gave them each the gallery for a week to use as a workspace. 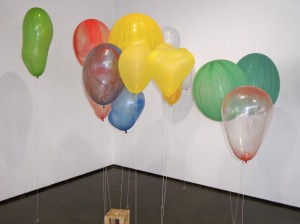 I started out wanting an even spread of artists, designers and printers, practical and the unusual. I wanted to point to things that people don’t usually think of as design. In the end, they all overlapped and confounded my expectations. Usually you think of product designers as making more practical things, not very ephemeral objects, like the balloons created by the Object Design League, that might only last a few days. That’s the pleasurable part of collaborating with interesting people who are going to instinctively do what they’re interested in at that point and time.

What links the four groups together?

For me, it was less a disciplinary or a formal connection in terms of the kind of work they do, but a spirit—for all four groups, there was a definite DIY, punk attitude. For Object Design League, it’s challenging to be an independent experimental design group making limited-edition products in a city like Chicago. They’re making things happen for themselves, rather than expecting a manufacturer to discover them and produce their products. Golden Age has a similar mentality: Martine Syms and Marco Kane Braunschweiler publish their own writing, have an exhibition space, work as curators, and at times run the space as a salon where they invite publishers to talk and have film screenings.

There’s a real entrepreneurial spirit for all four groups, and they’re using Chicago in a good way, building their own communities. I think all four recognize the word ‘community’ as a fundamental part of design. Any design community is not just the designers and manufacturers but also a captive audience. 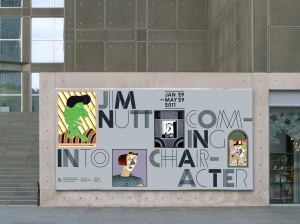 What are you most excited about for the coming year?

The museum is right on the cusp of something really big, and really different; there’s a huge change going on. We’re in experimentation mode and have a ‘testing’ mentality. Madeleine Grynsztejn’s vision is very planned and intentional, but rather than saving all changes for a one-off huge launch, the museum has been consistently working and slowly evolving.

“We Are Here: Art & Design Out of Context” runs through July 31 at the Museum of Contemporary Art.