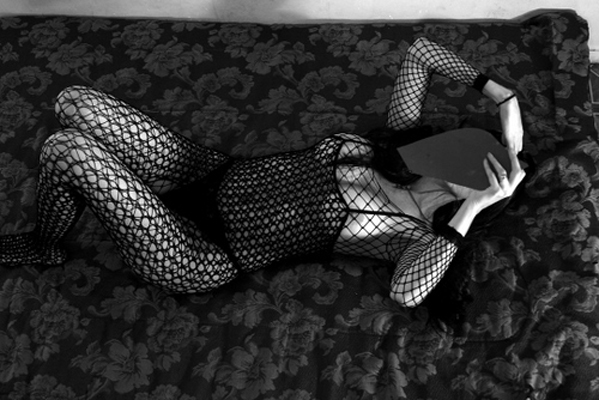 In the best conceptually conceived and curated photography show so far this year, gallerists Adam Holtzman and Lucas Zenk have brought together four of the most visually intelligent contemporary feminists, each of whom elucidates and illuminates the condition of being female with a tight and realized strategy. By making a purely photographic disheveled and ramshackle room from scanned straight shots manipulated in the computer, Jessie Seib creates a brilliant visual metaphor of the internal struggle to become an independent self. In her series on New York City prostitutes, Sebrina Fassbender transcends documentary and conventional portraiture by showing her subjects at their low points of despair, yet avoiding even a trace of pity or superiority. Dwelling in popular culture, Sigri Strand stages scenes straight out of film noir that garishly evince the witch-like image of the femme fatale. Convinced that childhood has been overrated in our myths, Jacqueline Langelier gives us a tween sitting at a table full of candy dishes that have overflowed into a full-blown cloying mess. None of these artists knew each other previously, but it is as though they were a juggernaut of a collective. (Michael Weinstein)