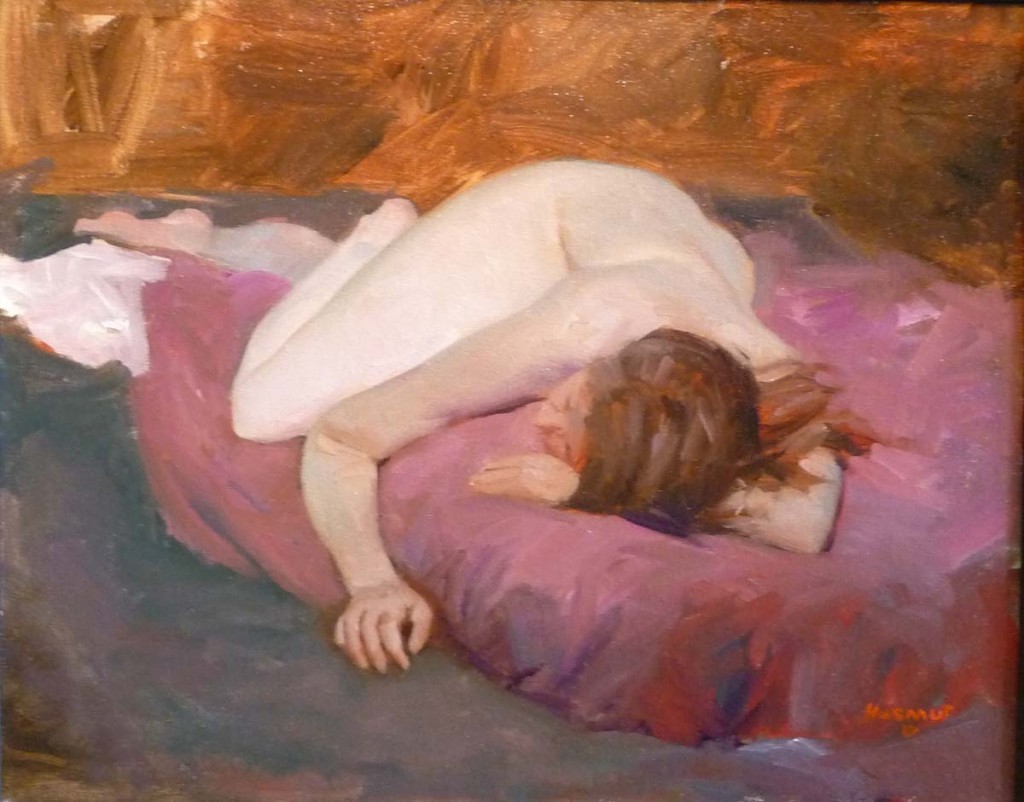 Sexual desire is visual, at least as Scheherazade explains it in the classic “1001 Arabian Nights,” where love is always love at first sight. Wealth, power, intelligence and character may be attractive, but desire, like light, enters through the eye, just as it does in French Impressionism, which coincided with French imperialism in the Arab world.

So it is quite appropriate that as Iraqi art emerges from the ashes of civil strife, Impressionism is one of the paths it is taking, and it’s been taken quite well by Ali Hasmut who graduated from the Academy of Fine Arts at the University of Baghdad in 1997 and came to the United States in 2000.

Unfortunately, Impressionism has been abandoned by the high-end American art world for nearly a century, and with a few notable exceptions, is mired in the saccharine, nostalgic, flaccid world of shopping-center galleries. Nothing could be more retardataire than Hasmut’s statement that, “My vision is to capture the most magnificent moments in life. Through texture, color and light, I want to show the moving souls of my subjects.”

But like Jeremy Lipking, Richard Schmid, and other leading contemporary American Impressionists, that’s exactly what he does, and it’s strong drawing and design that sets them apart from the shopping-center art of Thomas Kinkade. But even among those leaders, his work stands apart for its sheer luminosity, and the feeling that the visual world is an ice cream sundae whose complexity is to be enjoyed rather than puzzled.

Whether there is a market in Chicago for his kind of work remains to be seen. He does well with portraits, but delicious, young, female nudes are his real strength, and the market for that kind of subject, politically incorrect to every kind of orthodoxy, secular or religious, hardly appreciates the qualities that he brings to it. (Chris Miller)

Through July 22 at Palette and Chisel Gallery, 1012 North Dearborn.