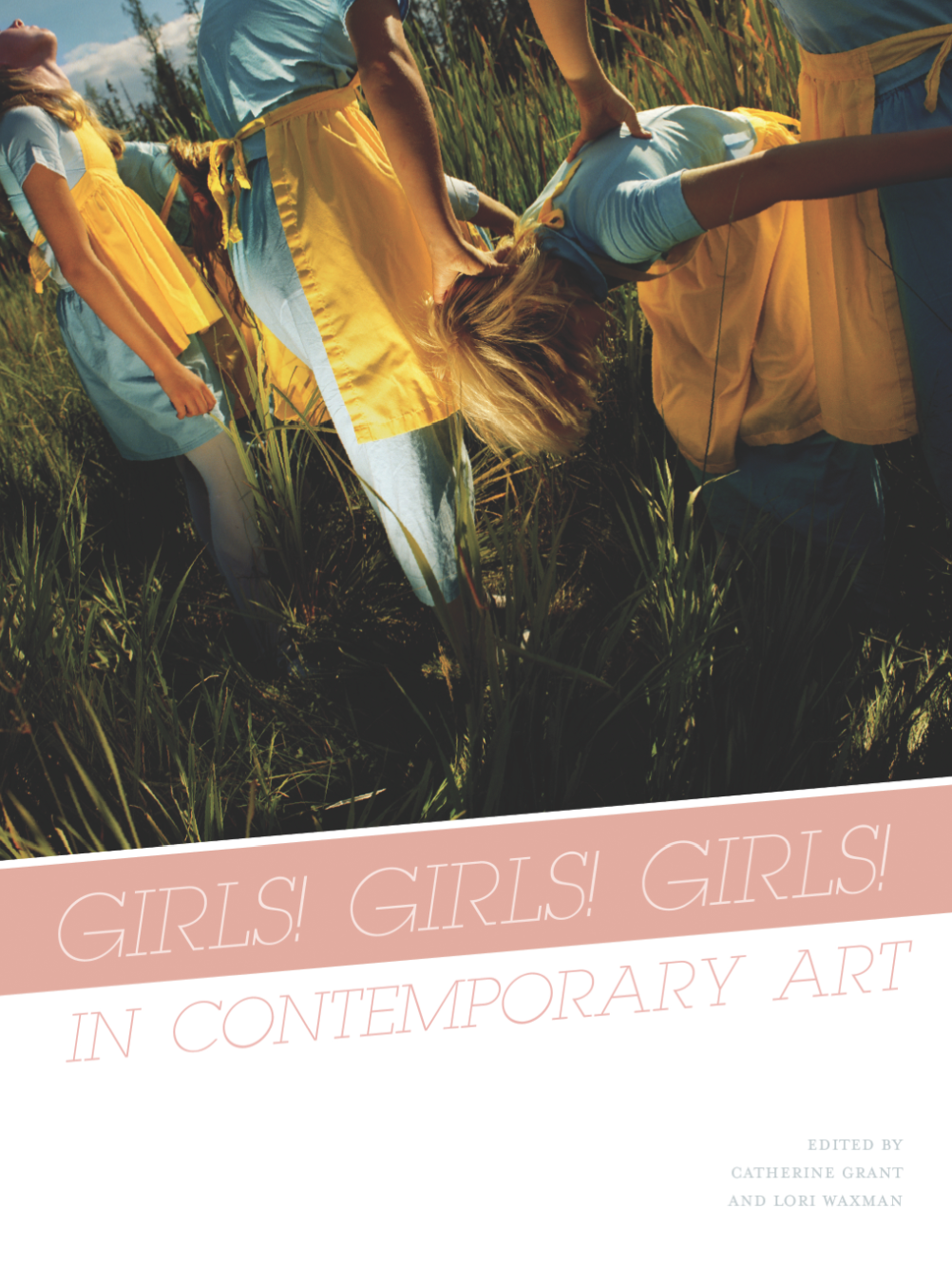 One of my favorite characters in American literature is Pearl, the rambunctious daughter of Hester Prynne and Reverend Dimmesdale in Nathaniel Hawthorne’s “The Scarlet Letter.” Pearl is as lustrous and elusive as her namesake; she is alternately demonic and angelic as she flits through the forest taunting her mother and dancing in the sparkling sunshine. Many “Pearls” are uncovered by the artists and authors in “Girls! Girls! Girls!”—a collection of eight essays on the figure of the girl in contemporary art. This book draws attention to the transformative, almost chimerical, power of girls. As the two editors, Lori Waxman and Catherine Grant, explain in their introduction, the girl, nearing the end of adolescence, can be a potent symbol of the fluidity of gender identity and also expand cultural definitions of the feminine.

Although this iconic changing girl is widely embraced by the contemporary artists and authors in the book, the editors acknowledge that this representation of girls has cultural roots in Lewis Carroll’s “Alice” and Vladimir Nabokov’s “Lolita.” The majority of the artists featured in the book are women, but many directly or indirectly borrow from these two fictional characters that are constructs of male authors. The girls pictured in these contemporary artworks share some of Lolita’s allure and Alice’s awkwardness in her rapidly changing body. This raises the question, to what degree are these artists reinforcing or critiquing stereotypes of girls? The varied answers to this question provided in the book begin to address the issue of women artists perpetuating the image of the girl as a blank slate onto which they project their own desires.

Catherine Grant’s article, “Baby Butches and Reluctant Lolitas,” which concludes the book, deftly describes the complex relationship between women artists and the girls who are the object of their gaze and subject of their work. Grant compares photographs by two female contemporary artists, Collier Schorr and Hellen van Meene, arguing that both artists’ provocative images of teenage girls are complicated by the artists’ identification with their models. An equally incisive analysis of the relationship between the artist and the girl as subject matter is found in Harriet Riches’ “Girlish Games.” Riches’ writing on Francesca Woodman’s fleeting self-portraits illuminates an important and often overlooked aspect of the more than 700 photographs that she made in her brief life between the ages of 12 and 22. In these images Woodman transforms from a girl to a woman. Riches argues that Woodman’s blurred figure, as she rushes out from behind the camera into the frame of the image, personifies the idea of girlhood as a state of flux.

Riches’ essay reveals how Woodman’s artful documentation of her own transformation from girlhood to womanhood expanded the parameters of both drawing and photography. This essay represents one of the unique qualities of this book, that it pairs strong cultural critique with in-depth art historical analysis, similar to other recent publications, such as “How to See a Work of Art in Total Darkness,” and “Women Artists at the Millennium.”  While the essays in “Girls!Girls!Girls!” vary from academic to experimental, several of the authors, like Grant and Riches, take a conventional art historical approach.

What makes this diverse collection of writings cohesive is a shared interest in the formation of subjectivity in girls—how girls learn to see themselves as complete beings and use the tools of representation to create meaning. As a challenge to the absence of female development in Freudian theory, this book suggests that the definition of girlhood as “fluctuation” enables artists to use the figure of the girl to disrupt the binaries of masculine/feminine, subject/object that Freud sets up. Feminist and queer theory inform this perspective, but it is the construction of girlhood by male authors like Nabokov and Carroll, as well as artists like Balthus, that remain unchallenged in this book, as their rendering of this iconic figure of the girl as curious “nymphet” is foundational to the framing of girlhood as a state of “flux.” This raises the question, is this ambiguous position of the girl empowering or does it mark an endless inability to fully enter into subjectivity?

If the answer to this question lies in the artworks discussed in this book, this “flux” is coupled by a strong sense of self, as evident in Woodman’s awareness of her body relative to the camera and in the interrogating gaze of Collier Schorr’s model Karin, who glares back at the viewer even while seductively posed. While these are images of girls whose identities may be fluid, that indeterminacy is paired with a sense of individuality and centeredness that merits equal investigation.

Until now representations of girlhood in contemporary art have largely flitted past, but the groundbreaking “Girls!Girls!Girls!” enables us to better understand their elusive qualities.