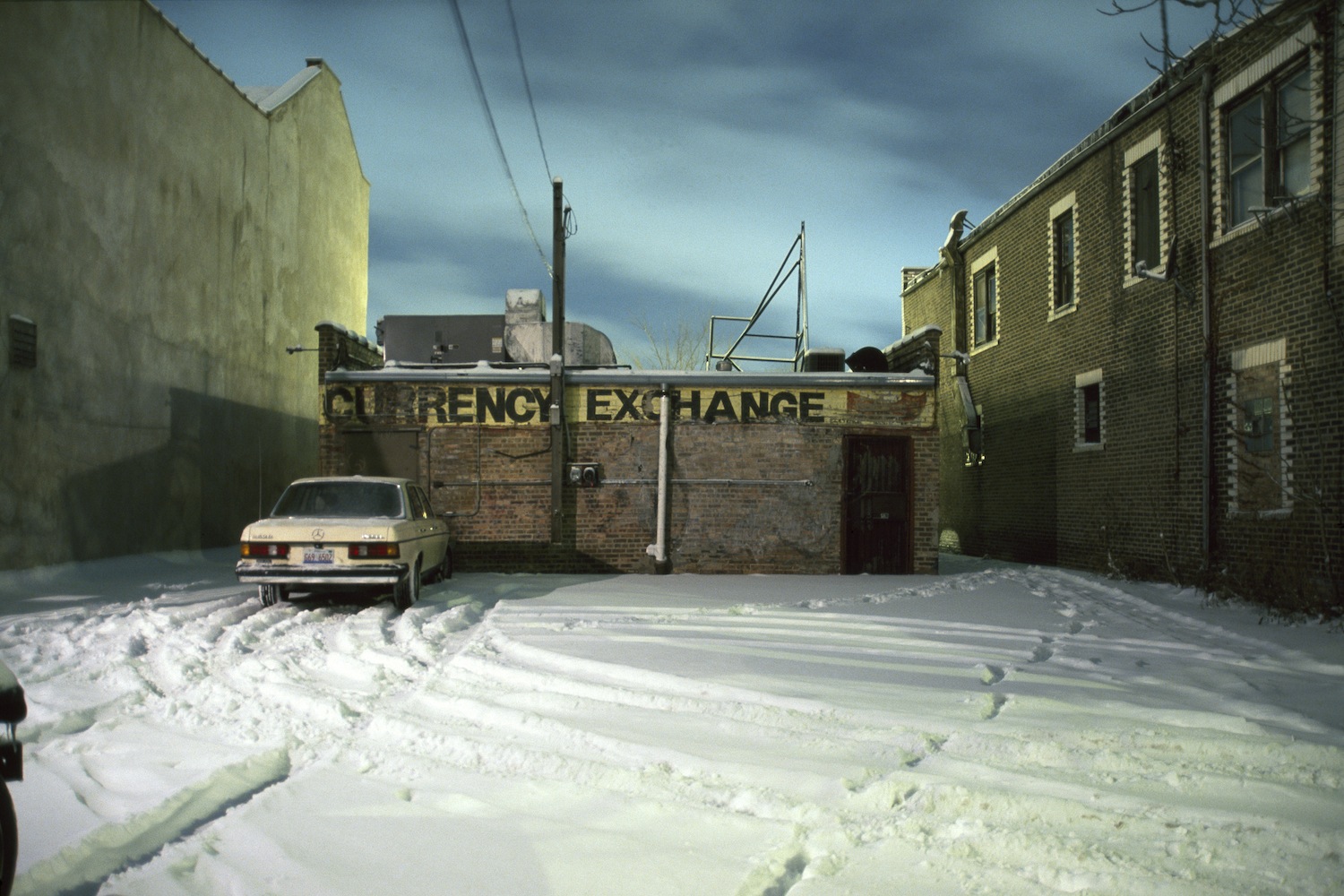 In this carefully selected summer photo show of fourteen accomplished, intelligent and distinctive gallery artists from around the world, Ursula Sokolowska stands out for her unsparingly direct straight color shots of gritty commercial and warehousing neighborhoods right here in Chicago. Perhaps it seems perverse to single out Sokolowska from a field that includes such global luminaries as Lalla Essaydi, Magdalena Campos-Pons, Luis Gonzalez Palma and our own Patty Carroll—and they are all here to their best effect—but Sokolowska makes their ingenious and insightful turns seem contrived when placed up against the world we live in that she has revealed in ominously illuminated color archival pigment prints. Who needs scenarios, set-ups and poses if we let Sokolowska transport us to the back lot of a dingy brick currency exchange on Union Street on a winter day after a snow, under a smudged aqua sky, where a lone gleaming white Mercedes sits parked? Had there been thirteen realists and one devotee of the imaginary, it might have been different. (Michael Weinstein)