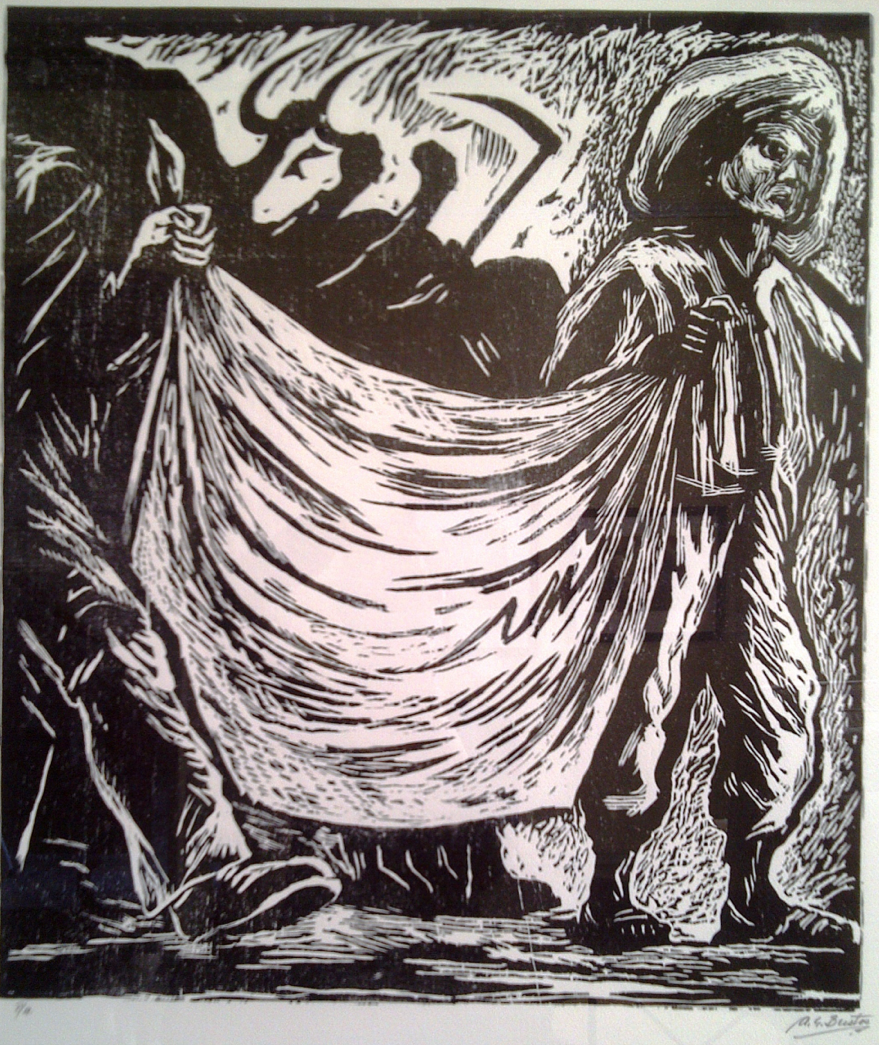 There may be some doubt whether the populist, agrarian, folkloric ideals of the Mexican revolution still apply, a hundred years later, to a modern state on the verge of anarchy. But they have been inspiring many Mexican artists ever since, including Arturo García-Bustos (born 1926) and his wife, Rina Lazo (born 1923), whose prints are now showing  at Chicago’s newest Mexican art gallery, Casa Avilés, located  next to the Park West in Lincoln Park.

No pair of artists could have a better pedigree in twentieth-century Mexican art. Arturo was one of the four “Los Fridos” who studied with Frida Kahlo in her home in historic Coyoacan, while Rina was a studio assistant to Diego Rivera from 1947 until his death ten years later. Indeed, it was through their famous mentors that the couple first met, characteristically, at a political demonstration. Like their mentors, the couple works independently. Arturo tends to be more bombastic, while Rina is more lyrical. 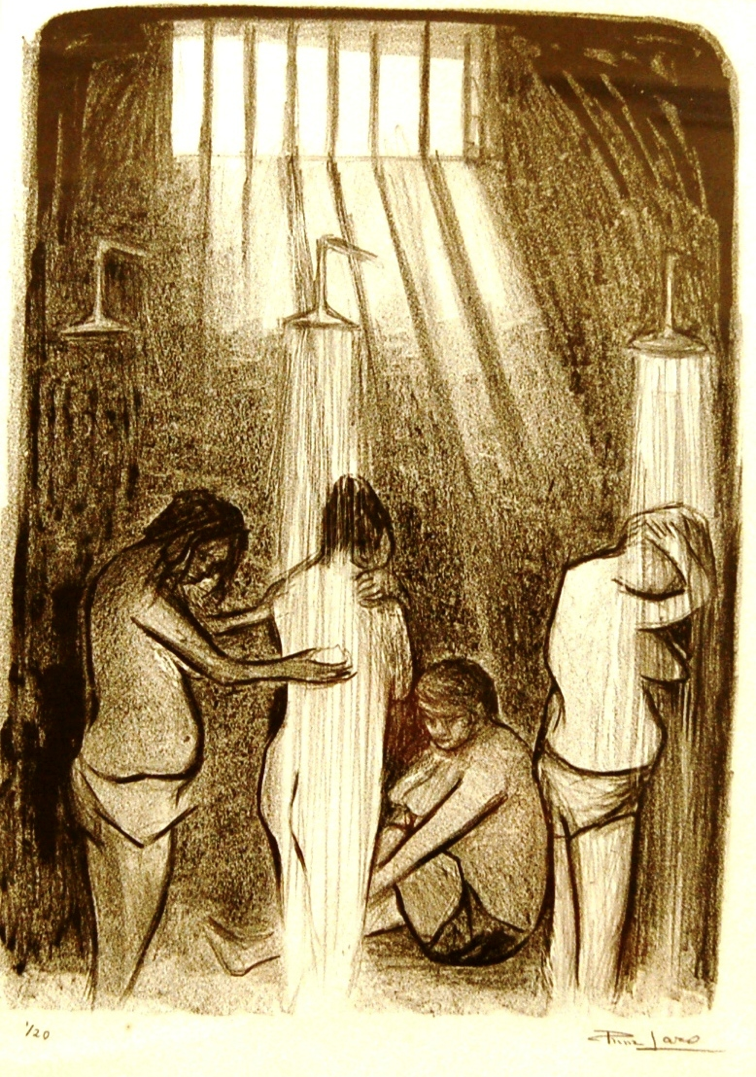 This collection of twenty-five prints from the 1960s-1980s shows the mastery of their graphic media. Arturo has that wonderful ability to transform black into a delicious color in his bold linocuts depicting peasants and famous heroes. But they do lack that sense of desperation, satire and urgency that distinguishes the tradition of Mexican popular graphics begun by Jose Guadalupe Posada. And Rina is too poetic to get very riled about anything. Even with bars in the window, her lithograph of peaceful female nudes, “Bano en la Carcel,” could just as easily have been titled “In the women’s bath house.”

Having completely aestheticized a revolutionary tradition, their work is quite appropriate for the quiet, domestic setting of Casa Avilés, which still serves as a comfortable upper-middle-class home as well as an art gallery. But when have artists ever revolutionized society, anyway? This is good figurative and landscape work, always well done and sometimes brilliant and haunting. (Chris Miller)