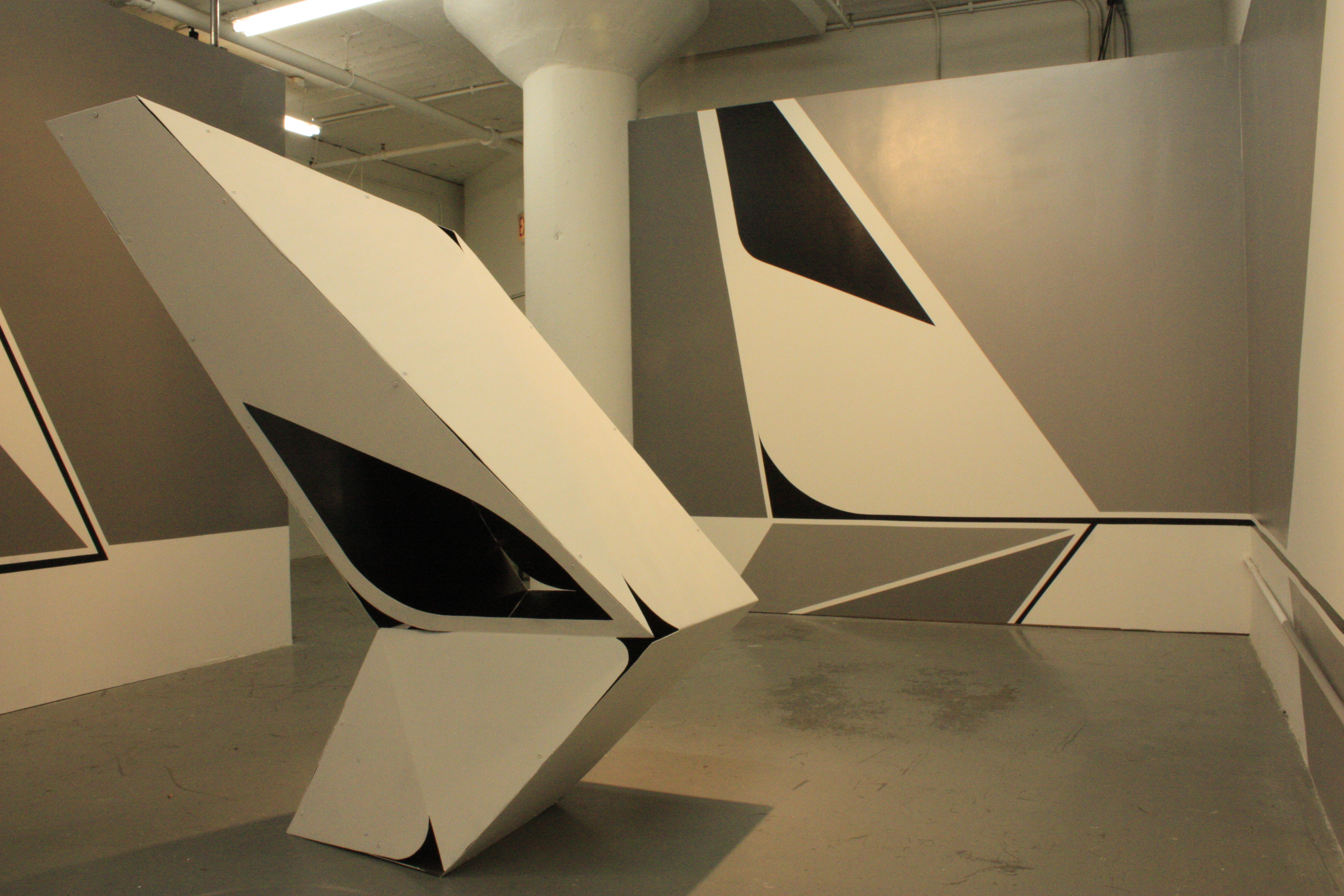 The Emerald Tablet of Hermes Trismegistus, a core text of Renaissance alchemy, describes the structure of the cosmos thusly: “That which is Below corresponds to that which is Above, and that which is Above corresponds to that which is Below, to accomplish the miracle of the One Thing.” In the case of the show “Calculated Aesthetic” by Stephen Coorlas and Dominic Peternel at Alderman Exhibitions, the One Thing is a geometric form that looks kind of like an asymmetrical space-age boomerang made from jet wings, quite possibly balanced according to the Golden Mean. The gallery features two identical cardboard models that viewers can handle, a larger aluminum model that stands about five feet tall, and a monochromatic painting running around all four walls that is intended to suggest a view of the form from within, an image which made me think of what it might look like if Ellsworth Kelly did a mural for the Death Star airport. In an interview with Ellen Alderman, newly minted architects Coorlas and Peternel proposed that their “geographic” approach “could be applied across all design scales, such as, for instance, a rule-set for a typeface, an organizational system for a bus terminal layout, or a simple table lamp design.” The Coorlas/Peternel corporate voice goes on to say, in reference to digital technology, “We are inspired by the idea that a system of logic can be used to govern a software that we occupy… We question why the physical world can’t function in a similar fashion so that the tangible space we occupy is governed by a similar system.” This functional-design-utopia updating of the alchemical sympathy between levels of microcosm and macrocosm evokes, for me at least, a perhaps silly paranoia—do we build machines, or do machines build us? But this hint of dread adds texture to the brutally monotonous modernist optimism of a clean Platonic realm purged of fleshly imperfection. (Bert Stabler)