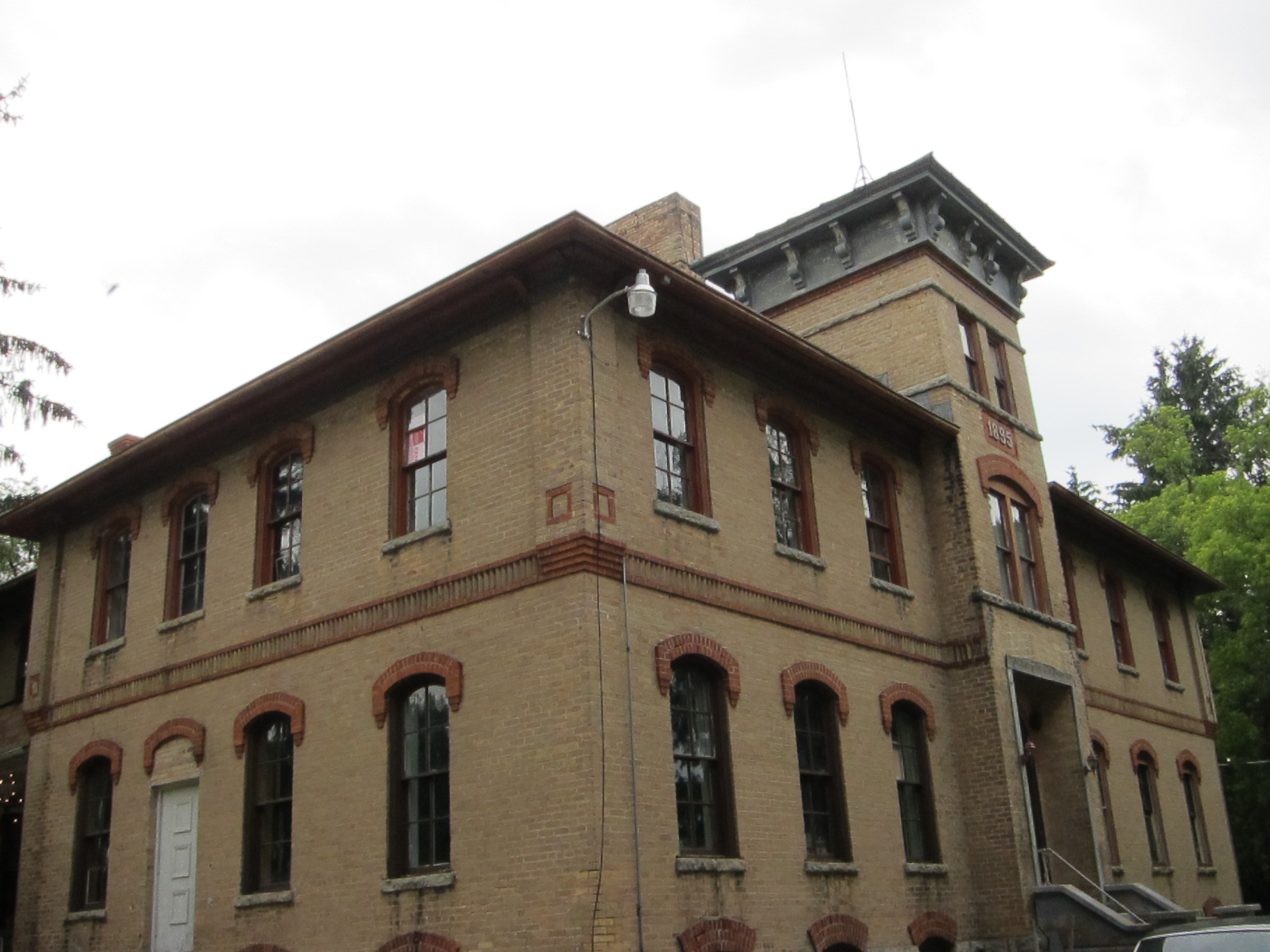 You couldn’t get farther from the jockeying and social positioning of the international art world than Manawa, Wisconsin. Just a few miles from this small rural hamlet, however, sits the Great Poor Farm Experiment, a new idea about the art institution, summoned from thin air, seemingly, by Chicago artists Brad Killam and Michelle Grabner.

Brad and Michelle, a power couple famous for their kind and entrepreneurial engagement with the art world, invited me to spend this summer at the Poor Farm, part temporary exhibition site and part artist residency, in order to make a new artwork for exhibition there in August. The idea I got was that the Poor Farm was founded by and for artists much in the spirit of Mickey Rooney’s “Hey kids, let’s put on a show!” The instant I heard about it, I knew I wanted to see it for myself.

The Poor Farm was originally established by Waupaca County to provide for the indigent. At first glance, it reminds me of the grim place where I attended sixth grade. Built of brick, a large central tower has 1895 writ in large, humorless numbers across the front. Buildings like this one made me hate going to school. Since defunct and sold off, in the hands of Brad and Michelle the Poor Farm is undergoing a transformation for the purpose of housing art and artists. 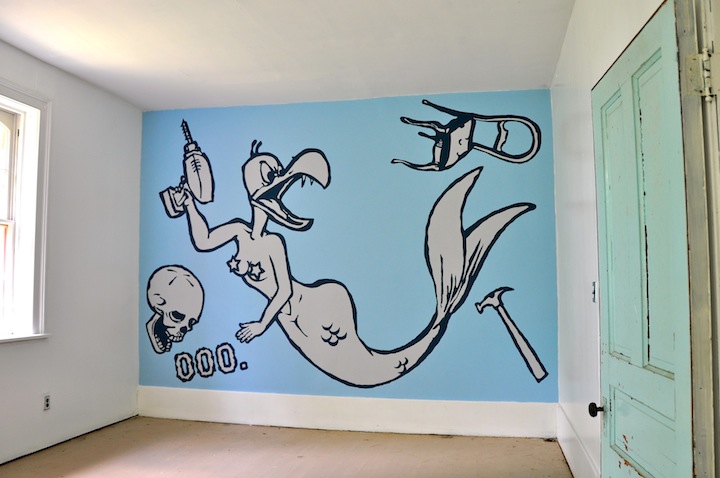 "Fields of Dream" by Simon Grennan and Christopher Sperandio

Fleeing the desperate heat and drought of my adopted hometown of Houston, I arrived at the farm looking for a break. I expected to find green fields, blue skies and pleasant weather. I didn’t expect to make as many new friends as I would or to make a new artwork that I judge rivals anything I’ve made in a handful of years. Titled “Fields of Dream,” my project was to look for images in the clouds above Manawa and then make a wall painting of a cartoonish depiction of some of the creatures and things that I saw floating over the farm. It sounds lazy and strange, but somehow it rises above the description.

There was an almost alchemical compatibility of the artists that I shared living conditions with. There were eight or twelve staying in the apartments and bedrooms of the building, although the numbers swelled to nearly 140 people day-tripping or camping on the grounds during the opening weekend. As artists arrived, we got to know each other. We cooked together in the Poor Farm’s communal kitchen, took turns bathing in an old claw-footed bathtub with a too-slow drain and shared a toilet that flushes with hot water. The days had a rhythm. We worked hard but we also played dominoes while cursing each other’s mothers in creative ways. I made art but I also caught fish and went tubing on the Little Wolf River. French artist Guillaume Leblon brought his ladylove, Frederique, and their two children, Oscar, age two, and Arsen, age five, and suddenly I was an uncle. We spoke pidgin French and bounced the baby on our laps, anticipating their bedtimes when we could get back to the dominoes and the cursing.

The Poor Farm is physically split into two halves: living quarters and exhibition space. Less polished than the living space, though lovely in its decrepitude, the exhibition space was situated so that each artist had a specific room and made or installed whatever they wanted. What was put on display runs the gamut: painting, drawing, performance, video, sculpture and site-specific installation. There’s eclecticism to the exhibition that may not translate without the artists being present. After all, making a new artwork on site in a matter of weeks is a tightrope act. The art-going public may or may not enjoy all parts of the resulting exhibition, although there’s no reason why they shouldn’t, but then again, casual viewers won’t know what I know. Namely, the opportunity to spend a span of weeks in direct engagement with bright, talented, kind and funny artists was a singular experience. If the Poor Farm is an experiment, it is one I hope won’t end too soon.

Christopher Sperandio is an artist. He teaches art at Rice University.