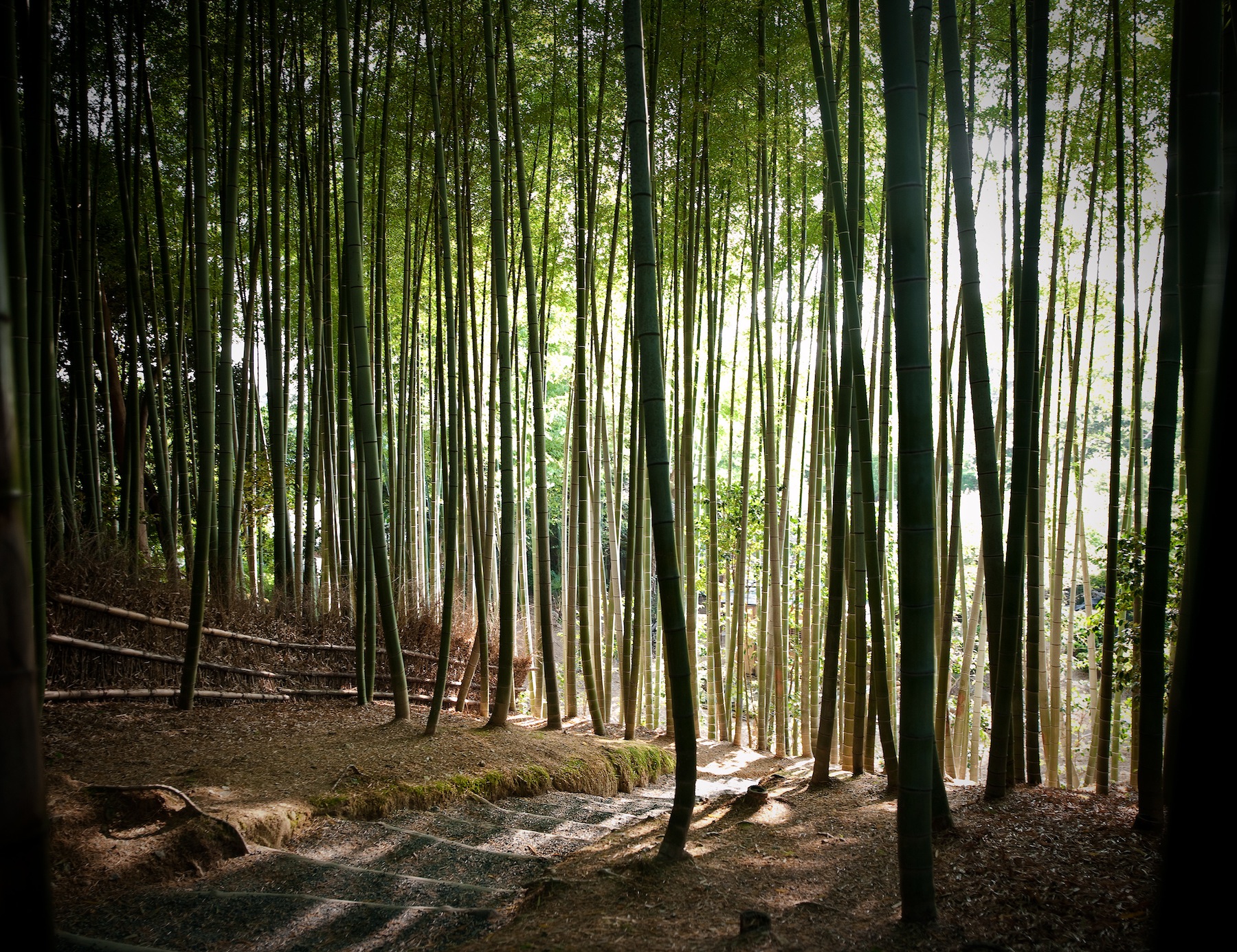 Designed to harmonize with the topography of the land in which it is set, to have an integral relation with its surroundings, to imitate nature, and to incorporate asymmetry, each Japanese garden is different—spare or lush (sometimes both by turns), colorful or monochrome, terraced or flat. Yet Japanese gardens have in common a peaceful beauty cut to the quick by traces of the rough edges of reality. John Faier, an American photographer smitten with the Japanese sensibility, has attempted to capture it in medium-format color images that are straight-on and unprepossessing, letting his subjects convey the carefully controlled disorder rather than adding to it himself. Shooting at normal mid-range viewing distance, Faier makes us feel that we are taking a walk through a garden and have stopped for a moment to contemplate a sight or perspective. We are left with a feeling approaching wonder at an environment that has obviously been contrived, but is slyly understated about it—an attitude that is alien to the modern West, which flaunts the contrast between nature and culture, about which so many Western photographers seem to be obsessed. (Michael Weinstein)