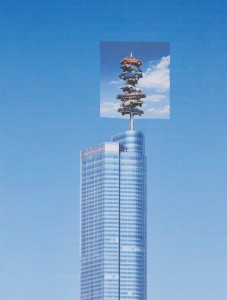 On the heels of Marilyn Monroe’s burlesque appearance on Michigan Avenue, a citywide debate ignited over the value of our public art. Should public works send a meaningful message to the entire city and tourists alike, or should they be (merely) entertaining? Should public art challenge our taste levels—and whose taste levels, theirs or ours? That the Marilyn colossus opened up this discussion, once again, proved that our public art is an important slice of our city’s culture. And yet, many artists and art lovers felt defeated, even excluded, from the Marilyn worship. If public art is for all, why is it selected by a secret few?

In response to this increasingly polarizing situation, I asked Chicago-based artists to create an ideal public artwork.
These twenty-six responses are unpolluted by the committees, private interests and politicians that usher public sculptures to their often-neutered realization. Most of the artists featured here do not typically make traditional or monumental public artworks, so the submissions take the format of conceptual designs, sketches, and drawings posed as questions and critiques. Tellingly, most of the concepts are sited at specific intersections, atop or around iconic architecture, and in response to famed past and present public artworks. If it were up to our artists, the trend of sculptures plopped into plazas is over. We crave authentic experiences that represent who we are. We want art as creative skill, justice, wit and community-building.

The Imaginary Monuments for Chicago artist project has a few predecessors. In 1922, the Chicago Tribune held a design competition for its new office tower, and invited architects to submit proposals. The archive of unbuilt, experimental designs often stirs more interest than the winner, a traditional skyscraper, and the proposals reflect the era’s expansive creative imagination. In 1967, Claes Oldenburg sketched some absurd but pertinent public sculpture concepts to be sited in Chicago. One was a giant windshield wiper, as large as the city itself, that could swat away our bad weather. Like Oldenburg’s sketches, many of the current proposals happily exist on paper or in our minds, some as jokes and some as critiques. But perhaps one day they will be built. Thirty-five years after Robert Smithson made a little drawing of a floating island in his sketchbook, the Whitney Museum raised funds to make it a reality.

The submissions to this project reveal that, above all, artists want a public artwork to interrupt our routines and habits. Many pieces require user interaction rather than passive observation. Many ask viewers to use their minds as well as their eyes. What amounts from this sum of proposals, then, is one big proposition: if creative interventions are placed in our paths, we may be inspired to act creatively in our daily lives. 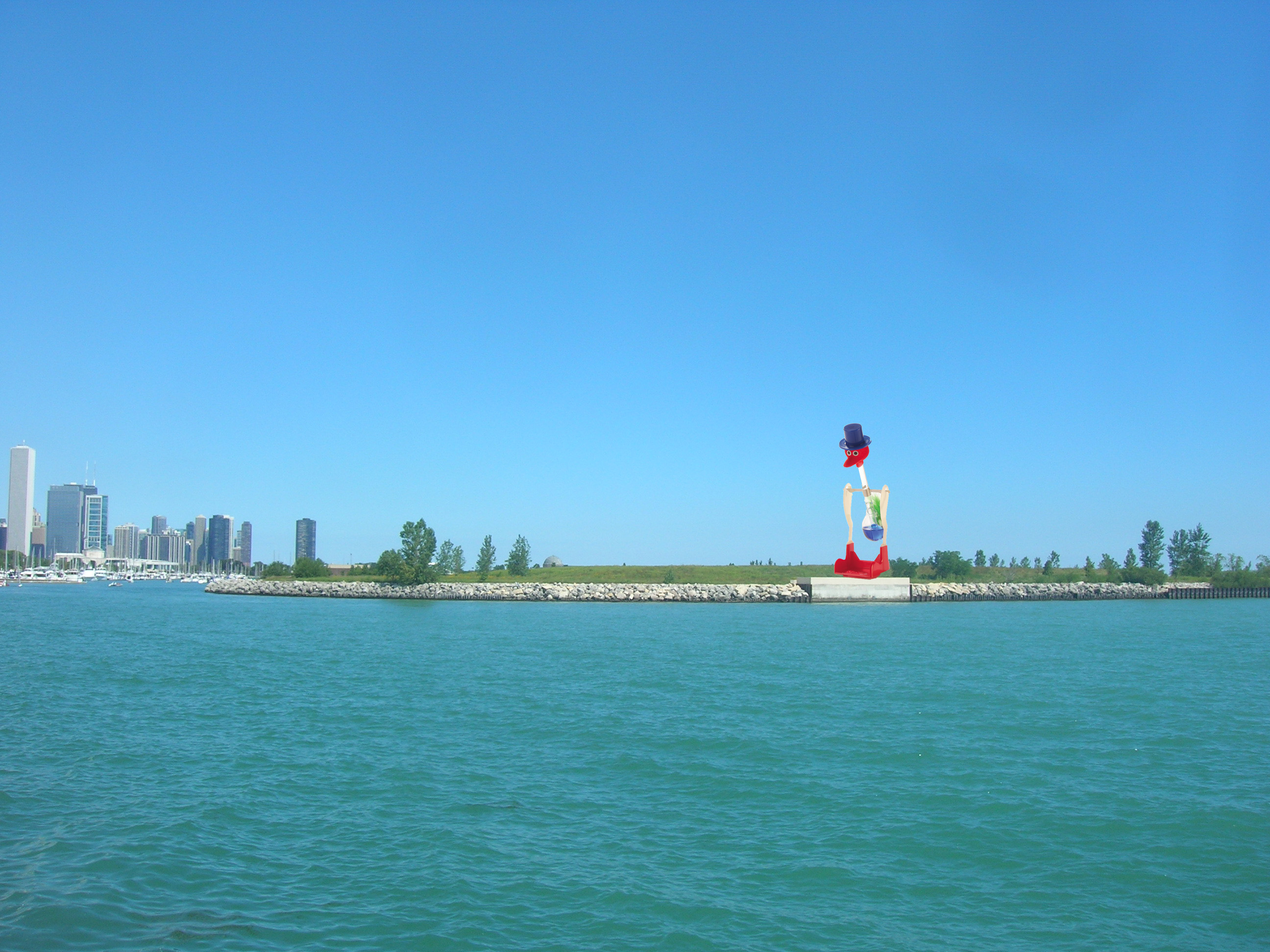 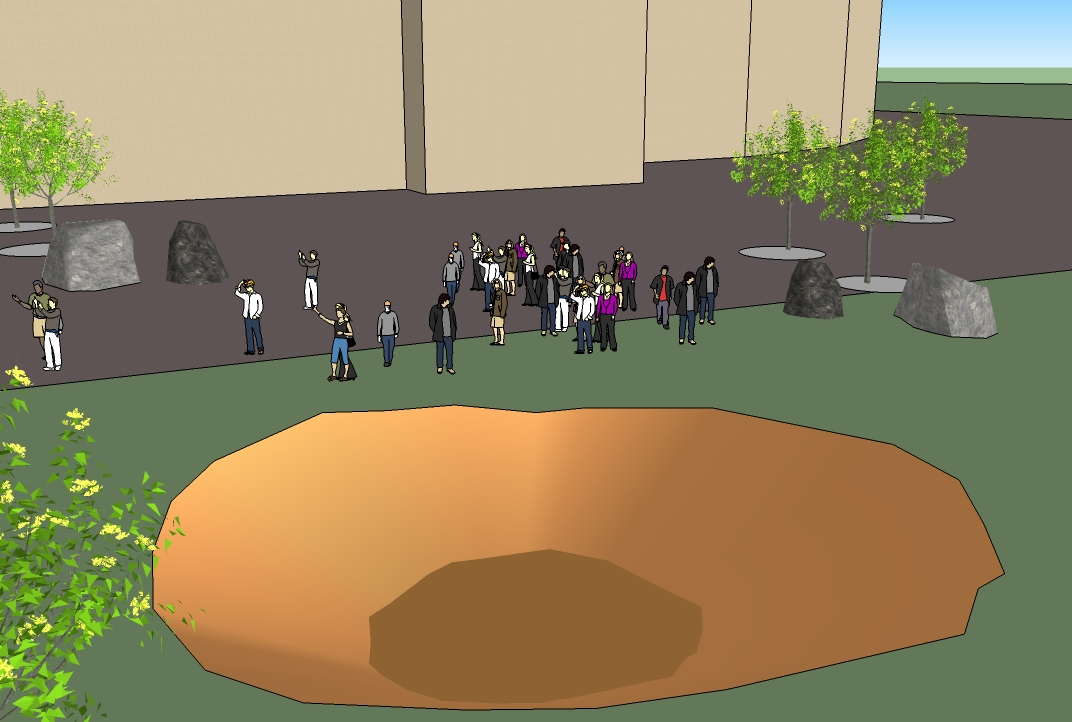 Benjamin Bellas: Proposal for a crater to be formed at a site directly adjacent to Soldier Field by the deployment of a precision guided cruise missile. The surface of the resultant missile impact crater is then covered in bronze and polished. 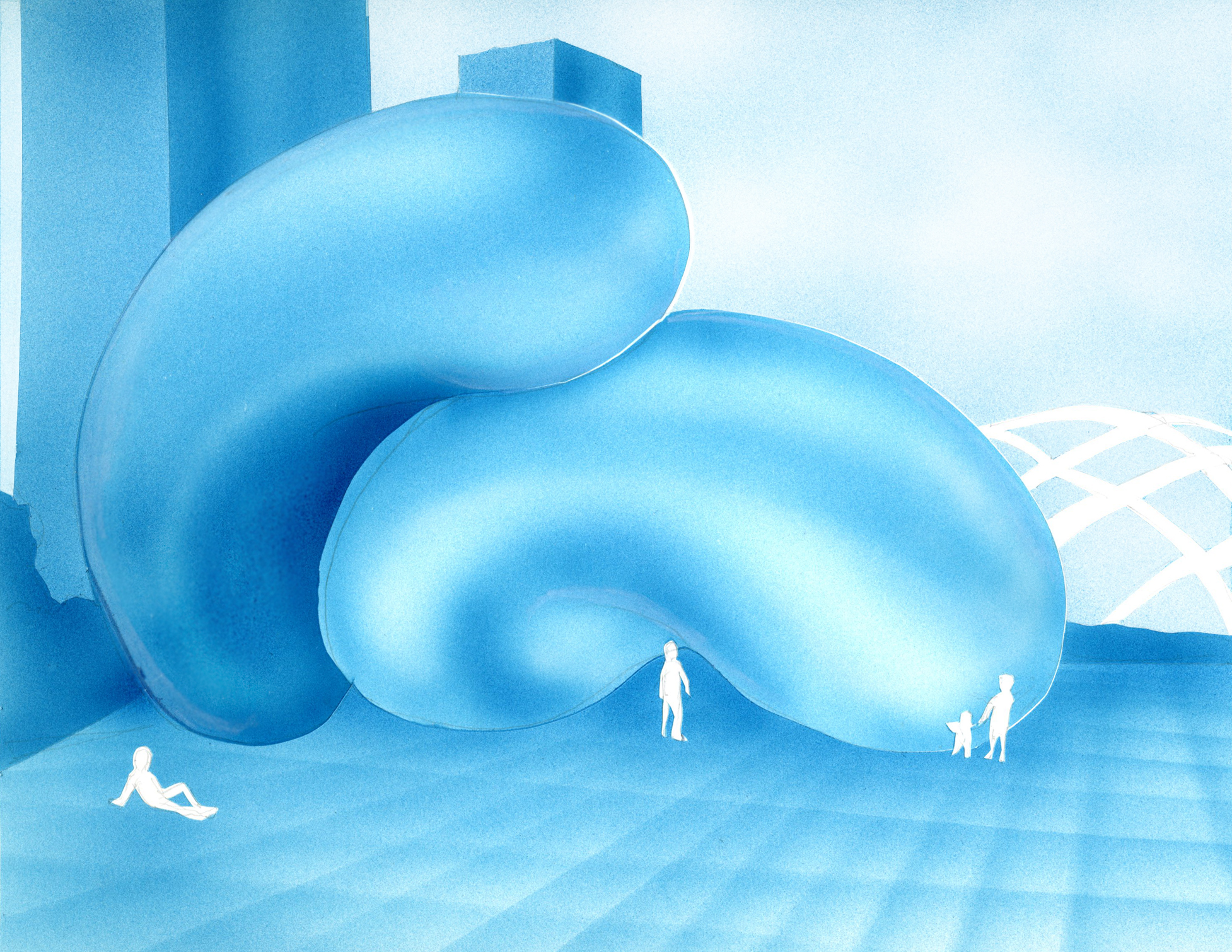 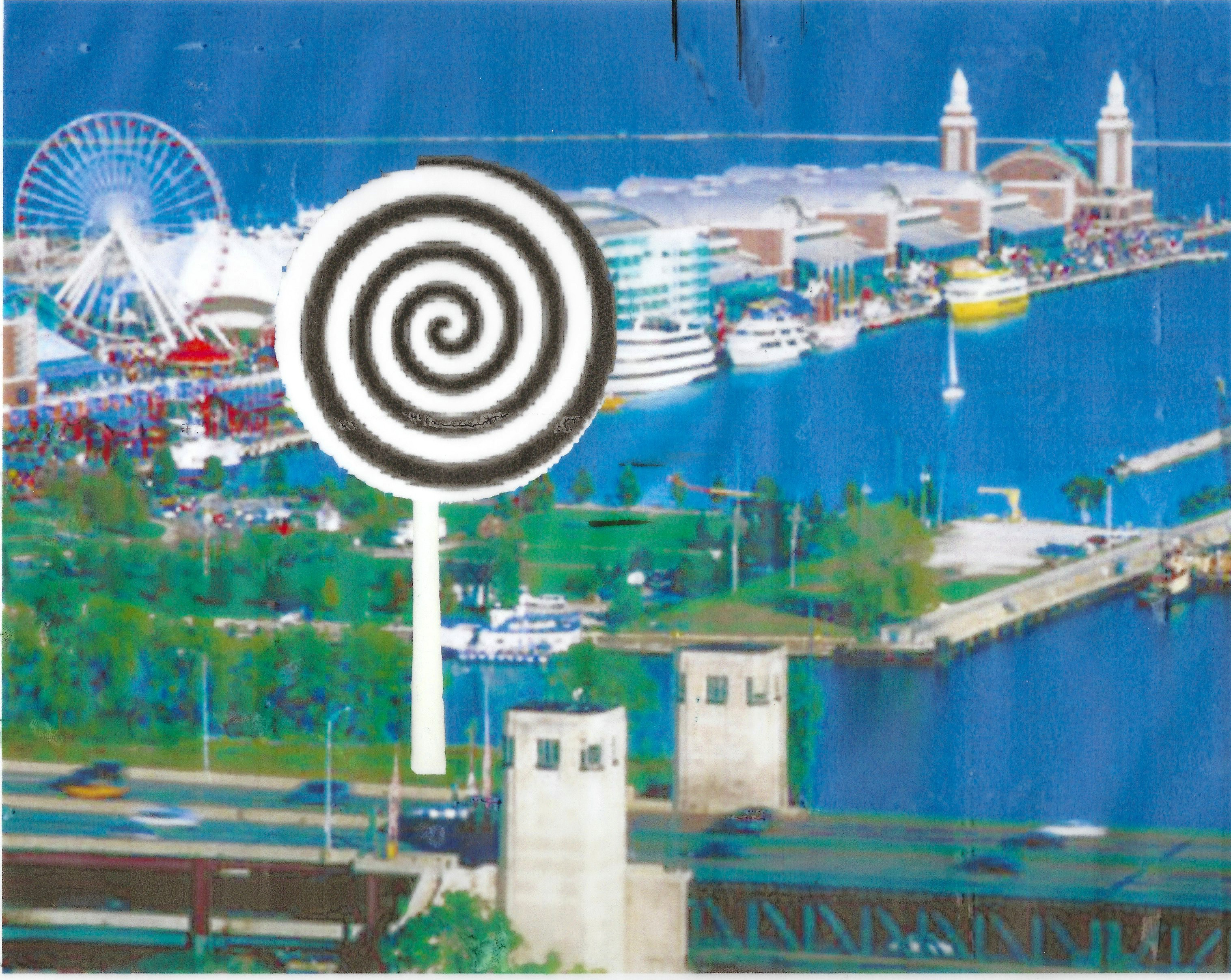 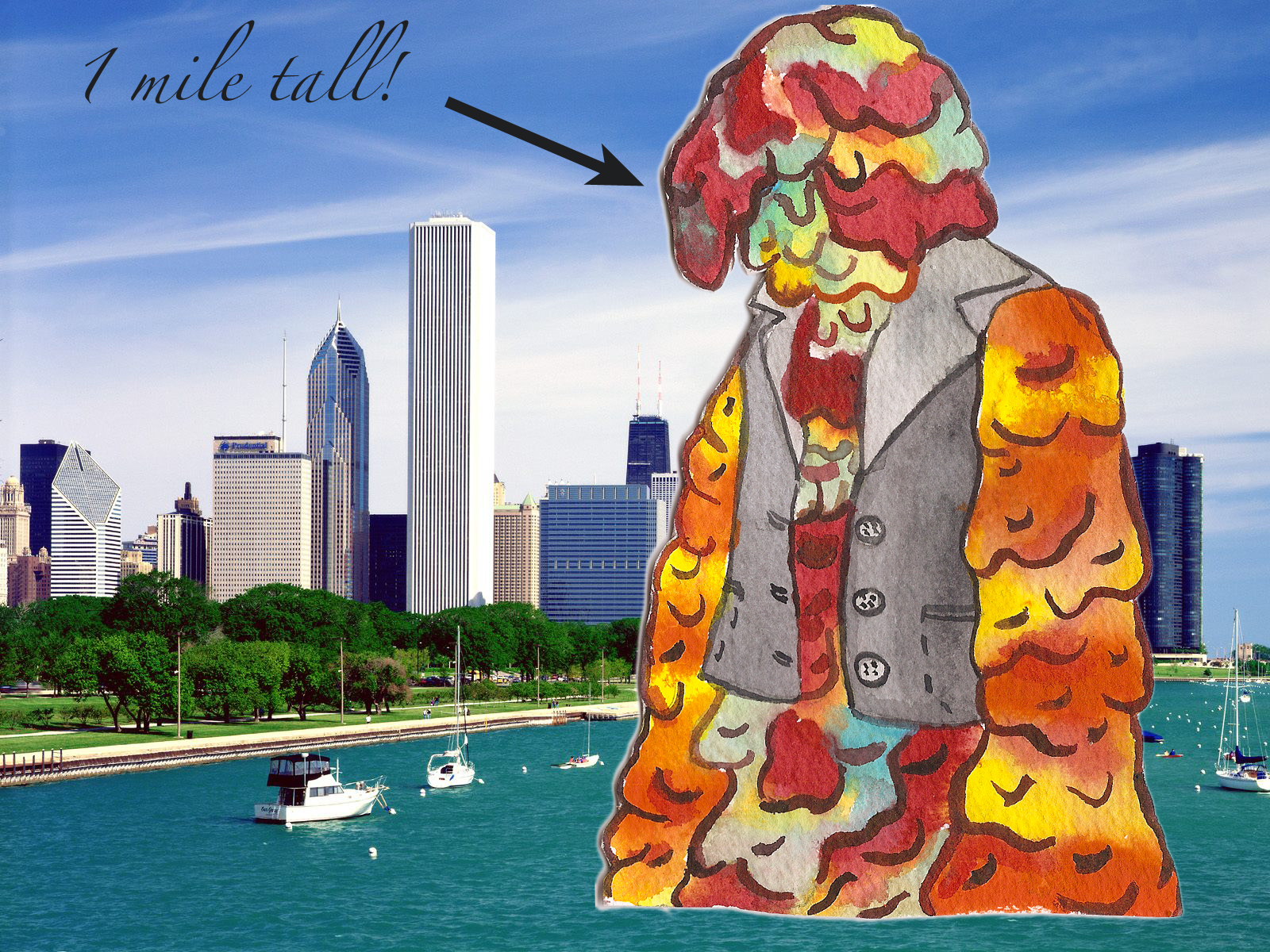 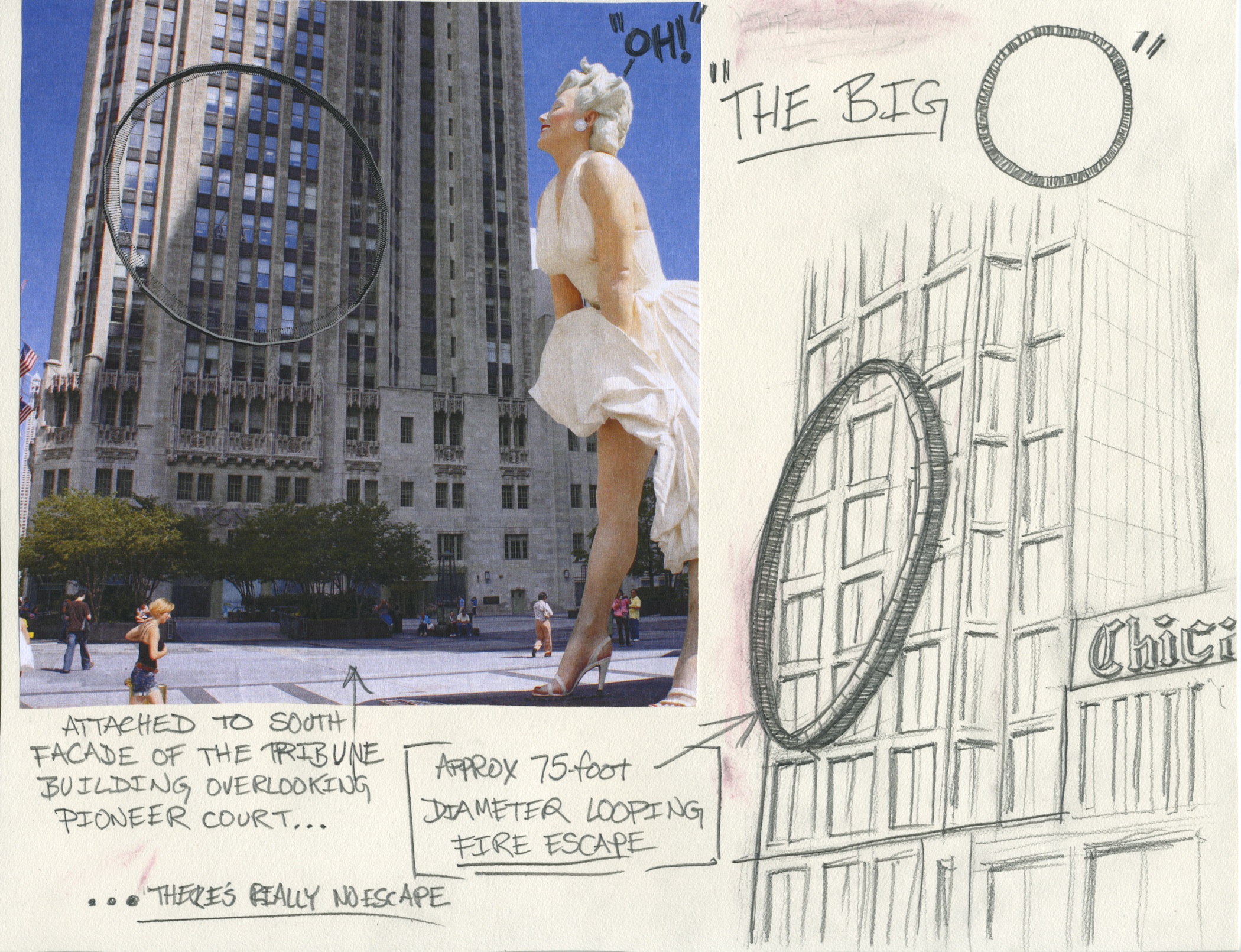 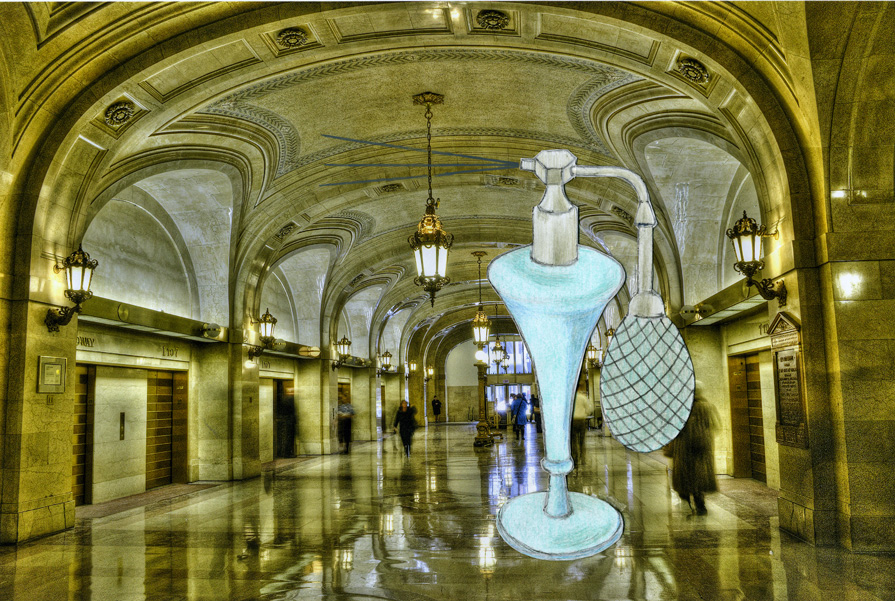 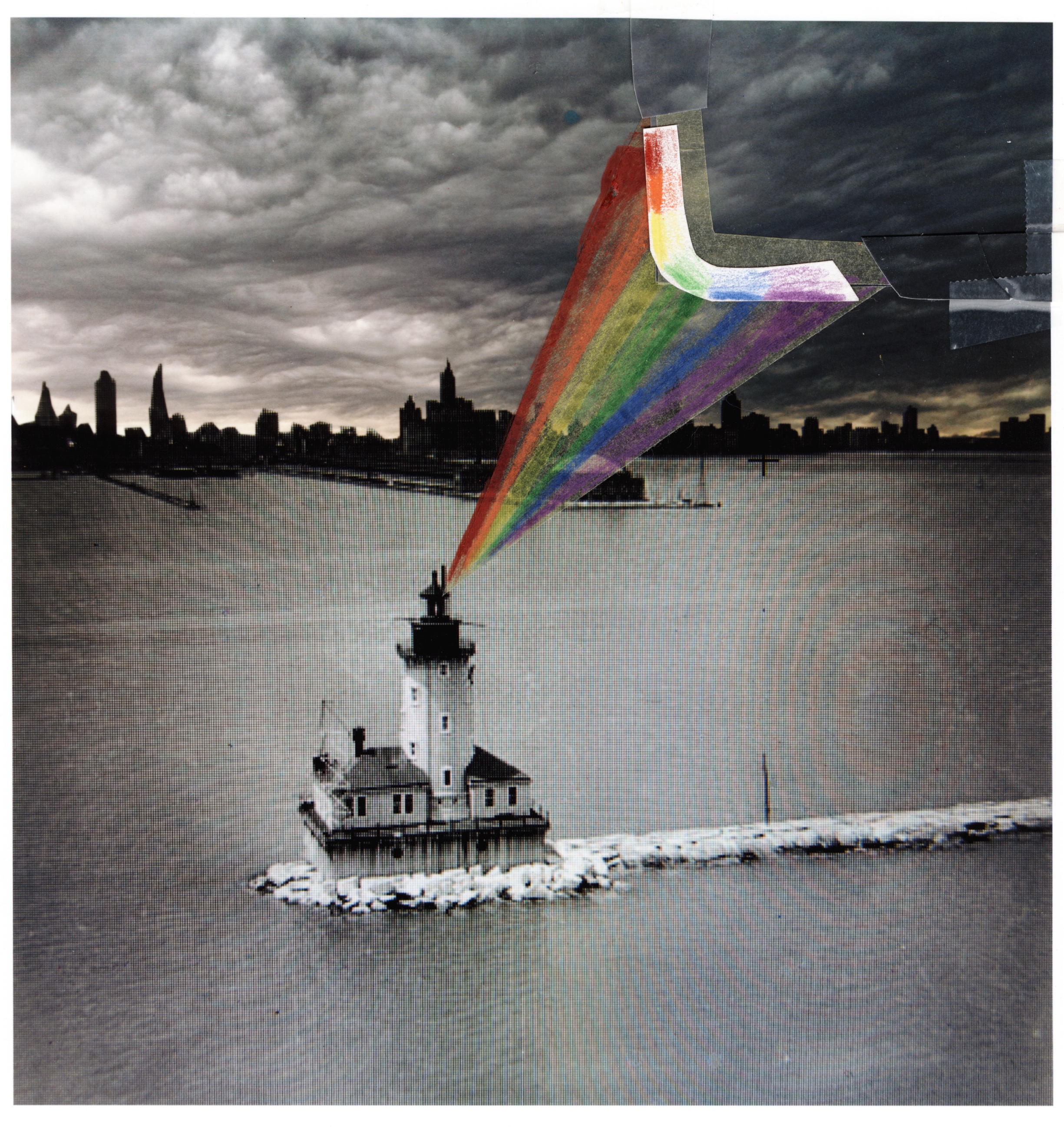 Dianna Frid: Proposal for “Night Spectra for Chicago.” The Chicago Harbor Lighthouse is a projector of spectra on nightcloud above the West Side. Note: to be used intermittently, once an hour for ten seconds, as a marker of time (and birds shall not be trapped by the beams). 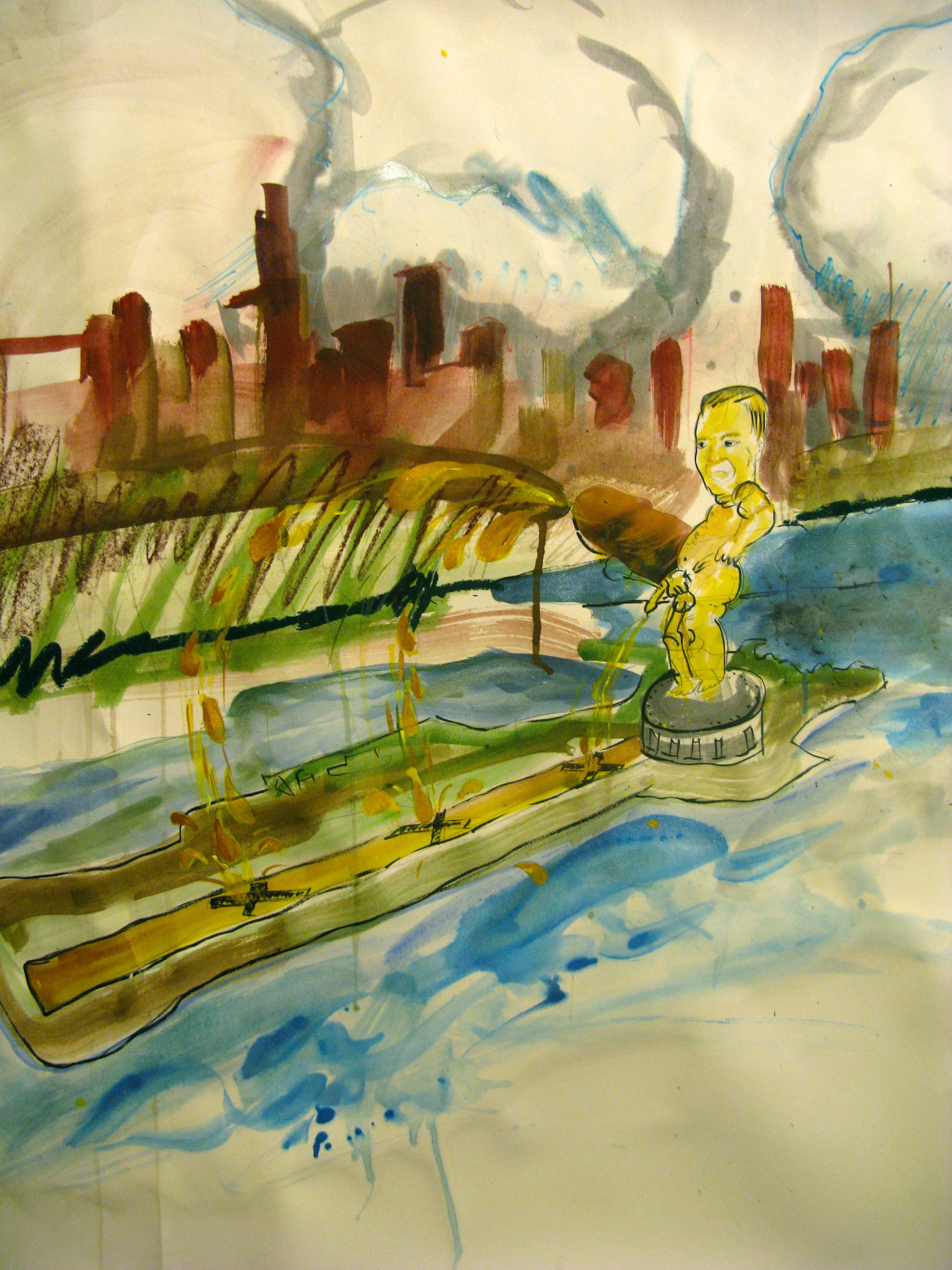 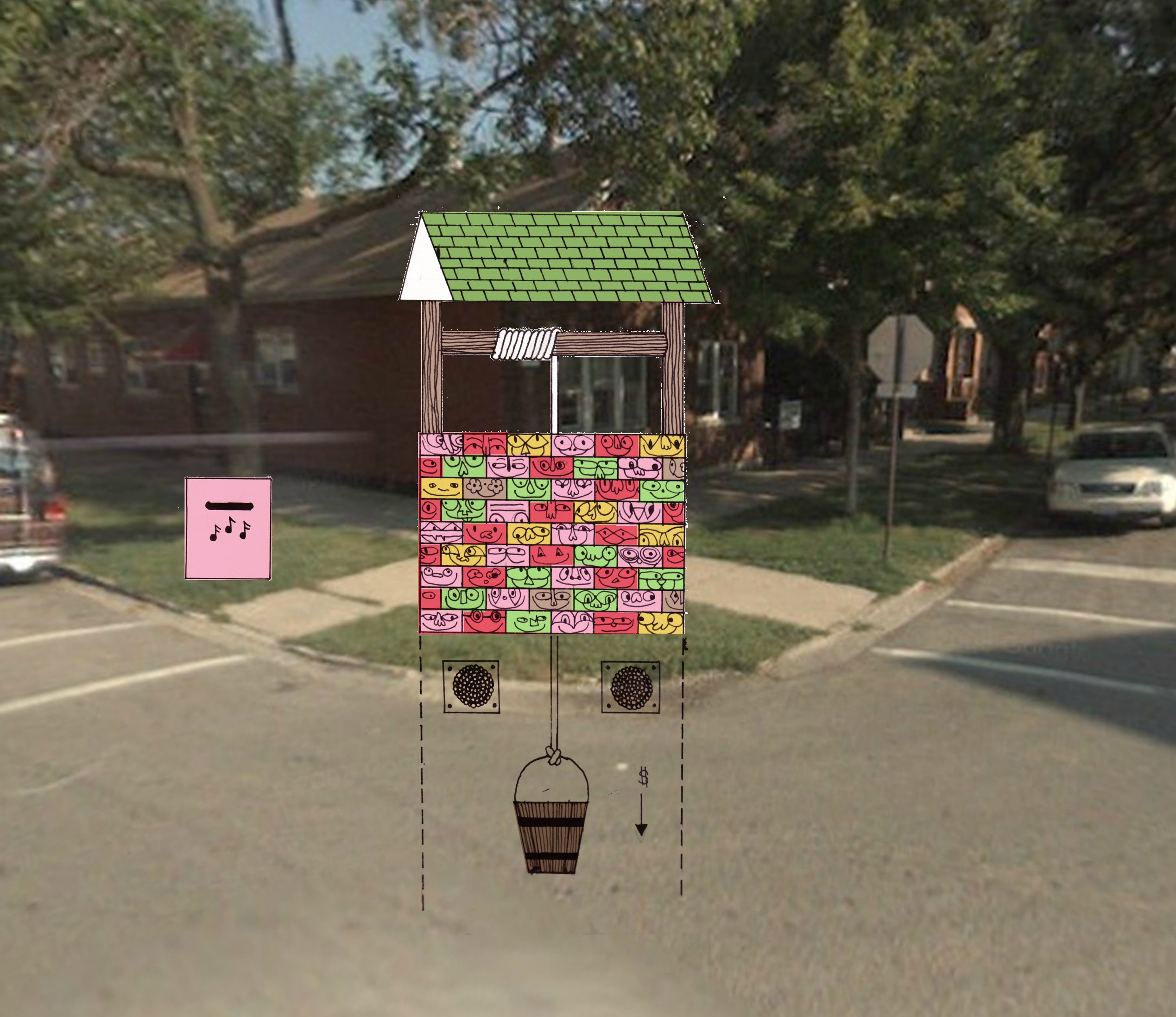 Edie Fake: Proposal for “The Deep Well of Chicago Friendships” to be sited at West 37th Street and South Honore (the geographic center of Chicago). A water well is decorated with ceramic bricks created by children. The well’s roof will welcome graffiti artists. In a nearby tree box, people can deposit mixtapes made for best friends. A Well Master (a new paid city job) will play the mixtapes on speakers installed inside the well. 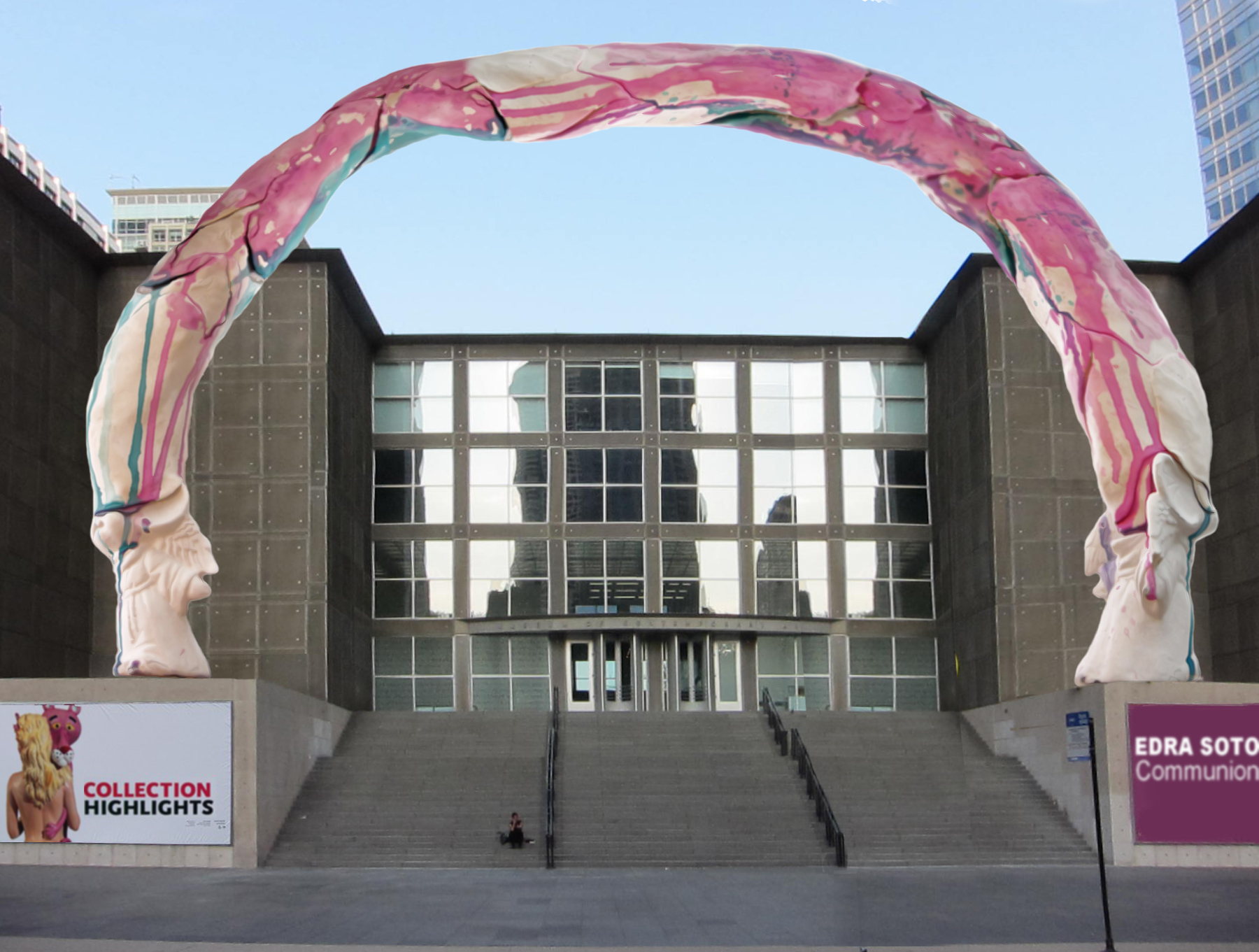 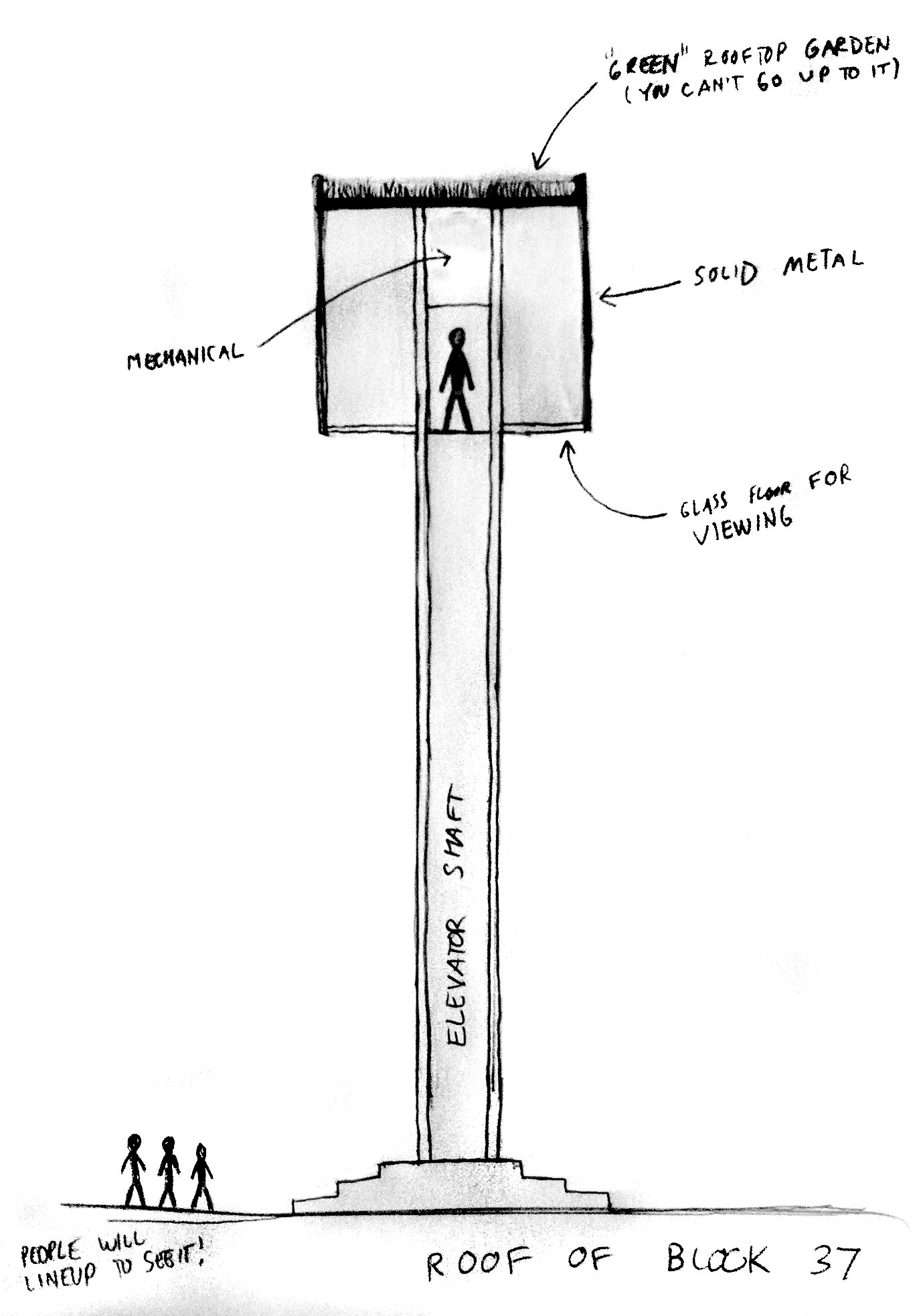 Erik Wenzel: Proposal for a single-user viewing tower atop Block 37. An elevator connects to a solid metal black cube with a glass floor that is chilled to sixty-five degrees in the summer and unheated in the winter. There is no admission fee. 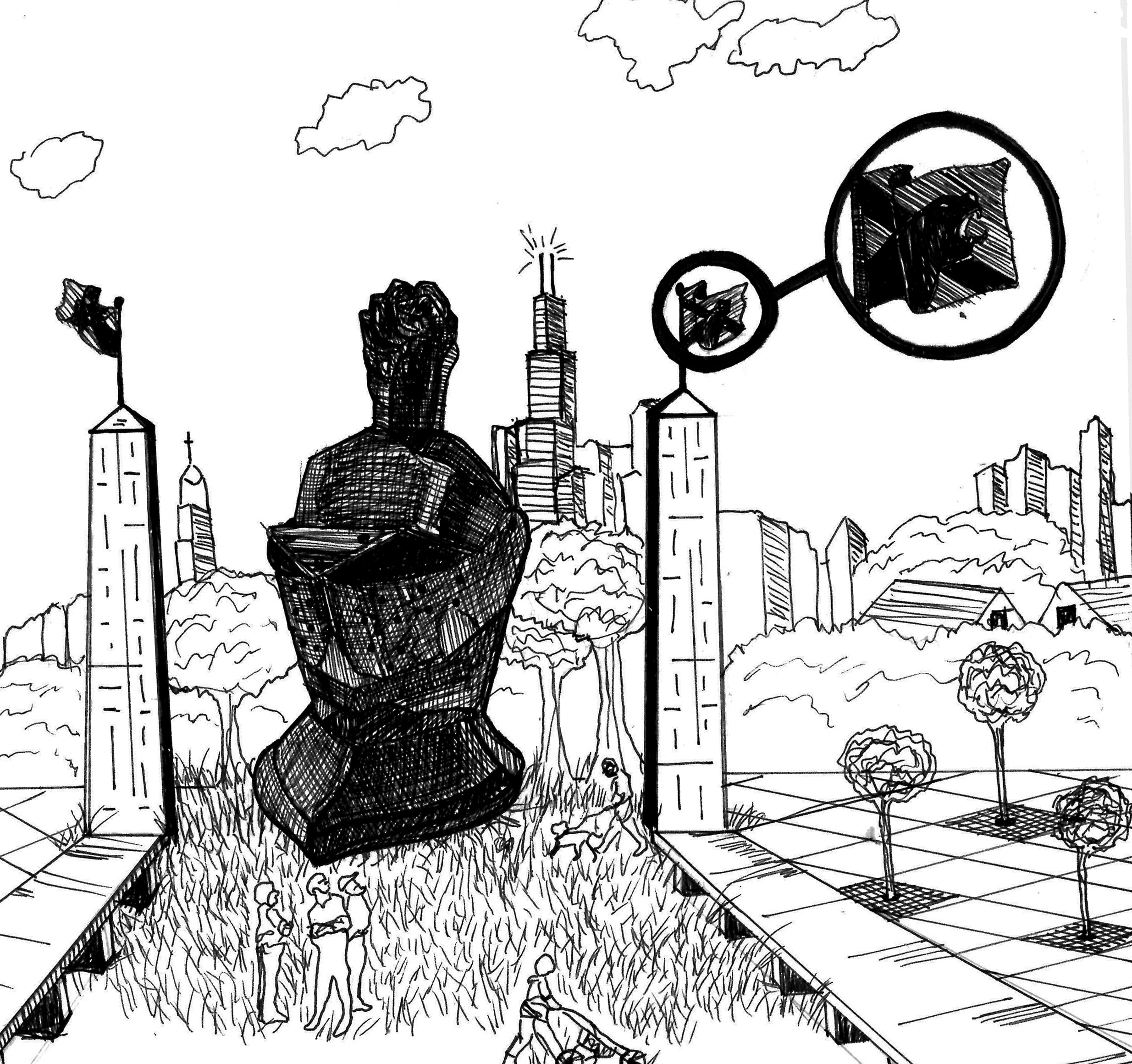 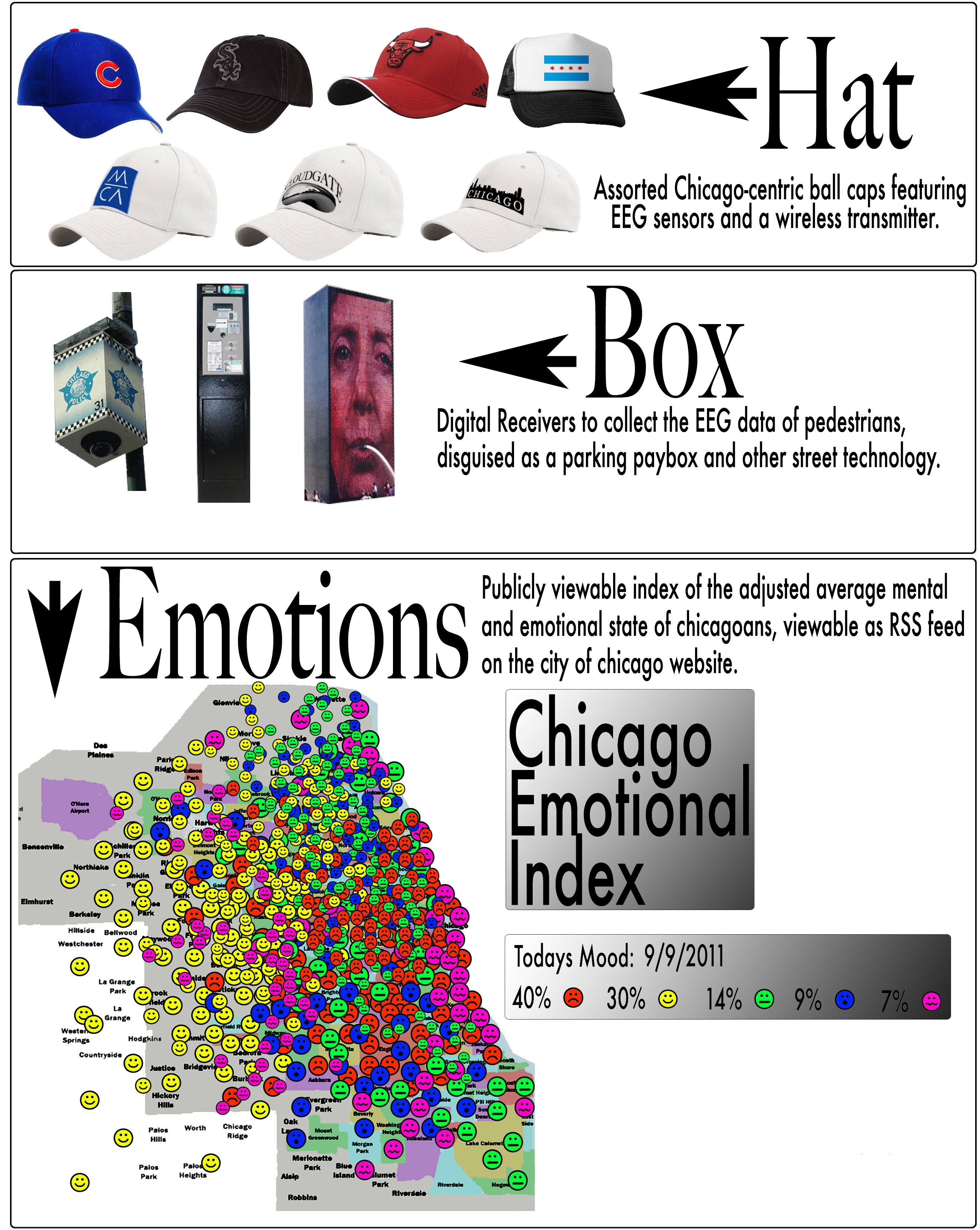 Jacob C. Hammes: Proposal for the Chicago Emotional Index. This decentralized project uses brainwave technology to record and broadcast the collective emotional temperature of the residents of Chicago. 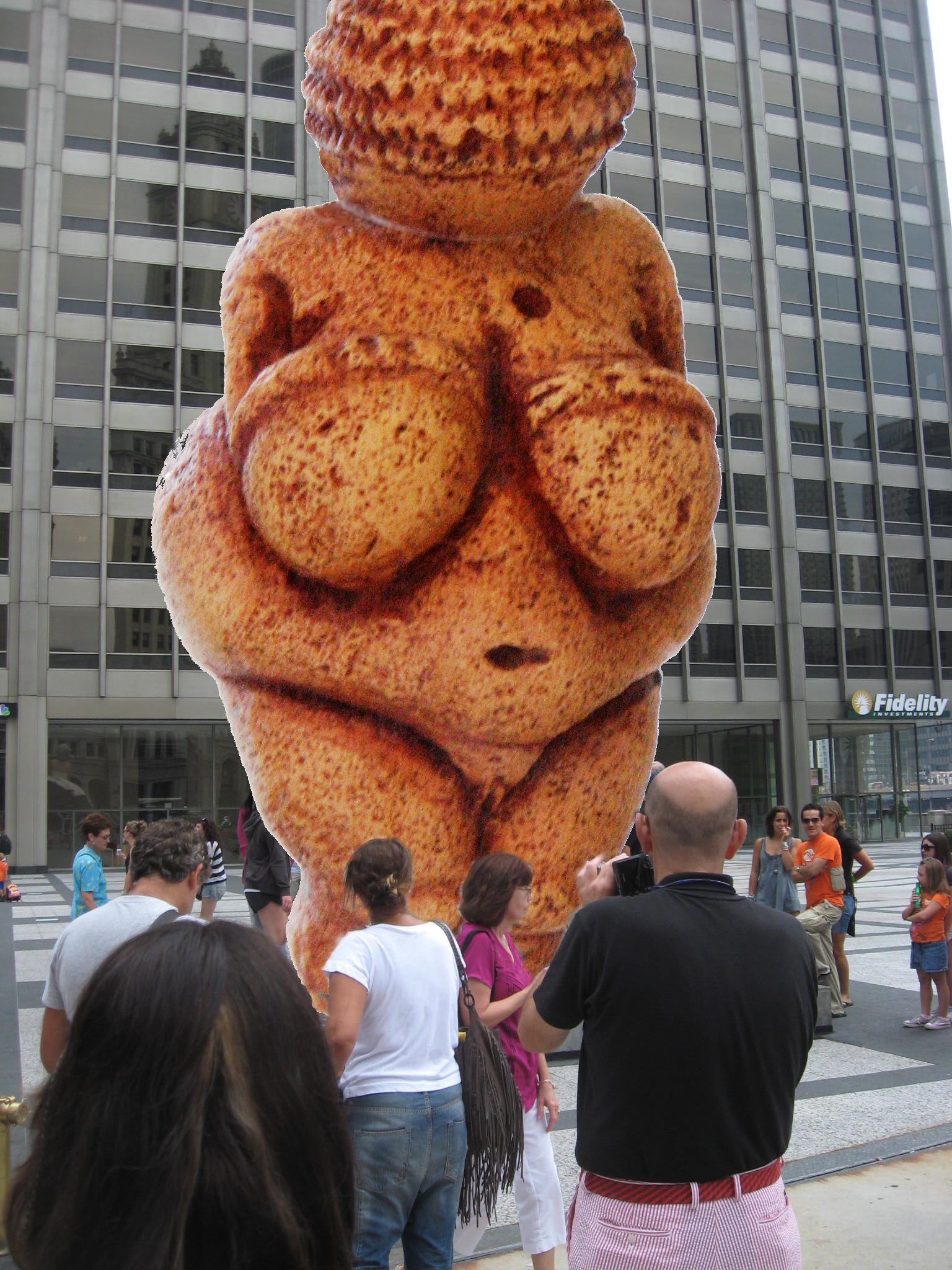 Jno Cook: Proposal for a colossal Venus of Willendorf. 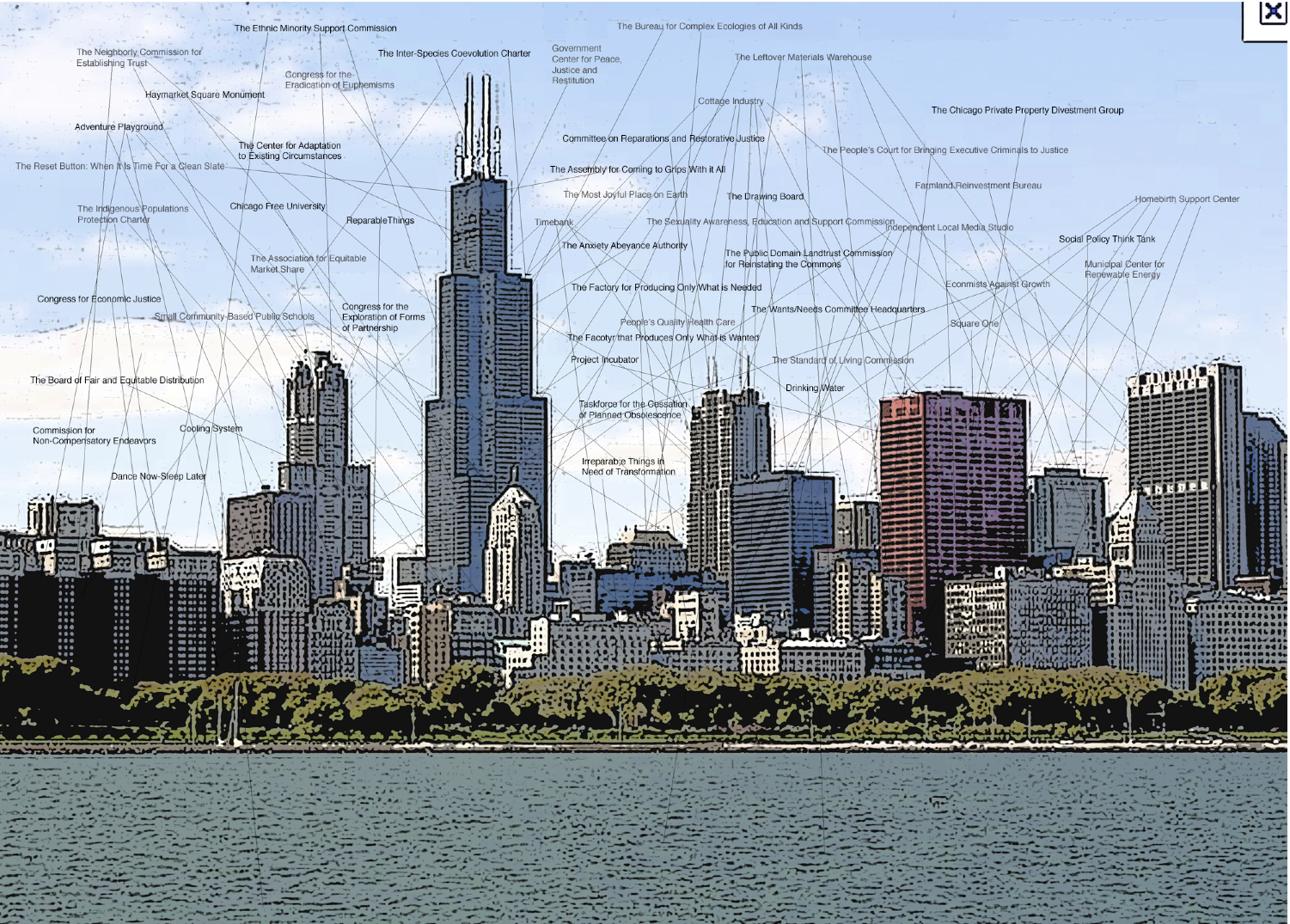 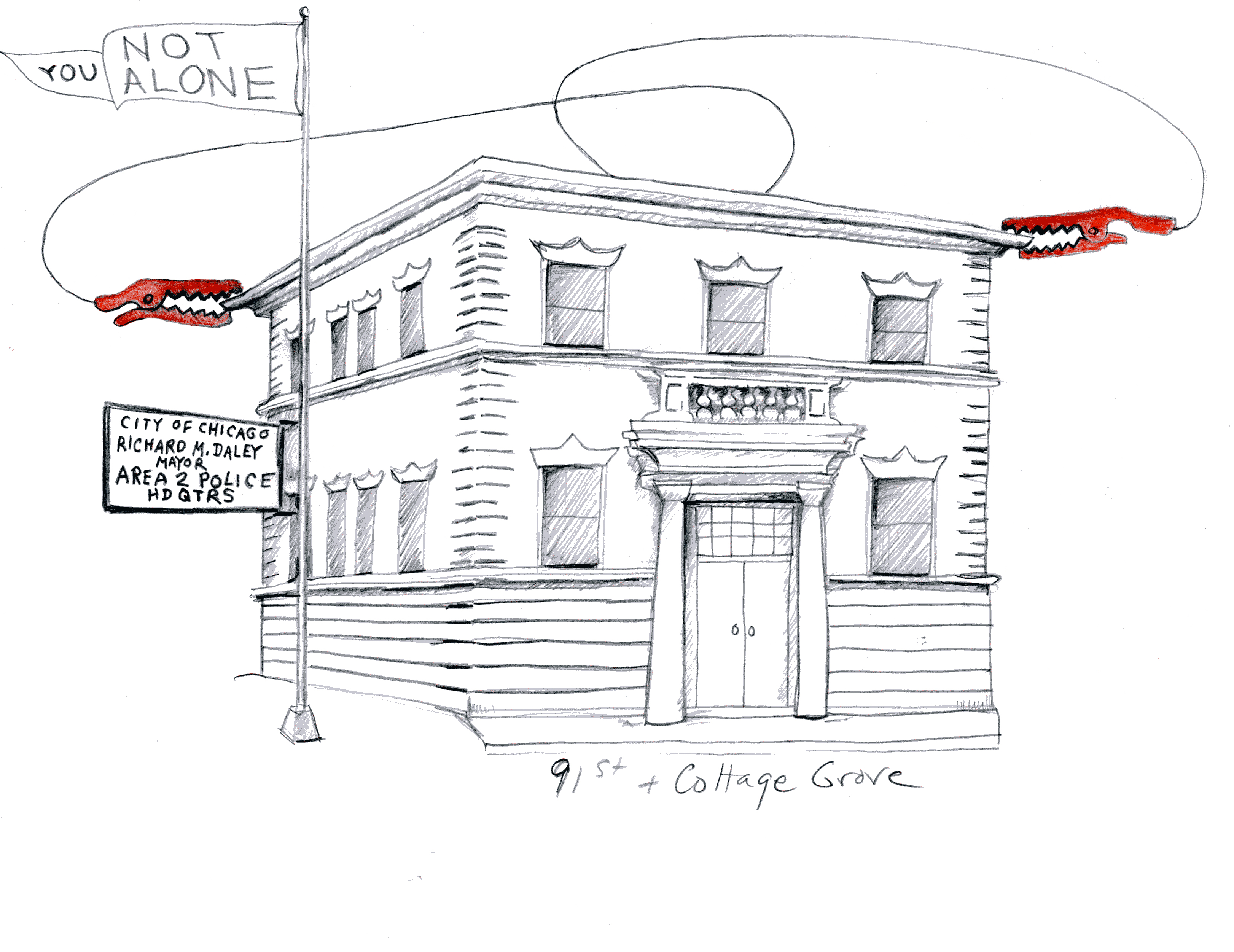 Laurie Palmer: Proposal for a monument to commemorate twenty years of police torture at the AREA 2 Police Headquarters. “No single artwork is enough—the Chicago Torture Justice Memorials Project invites speculative proposals by artists, activists, musicians, poets, dancers and anyone who seeks justice to contribute to this collective public monument.” 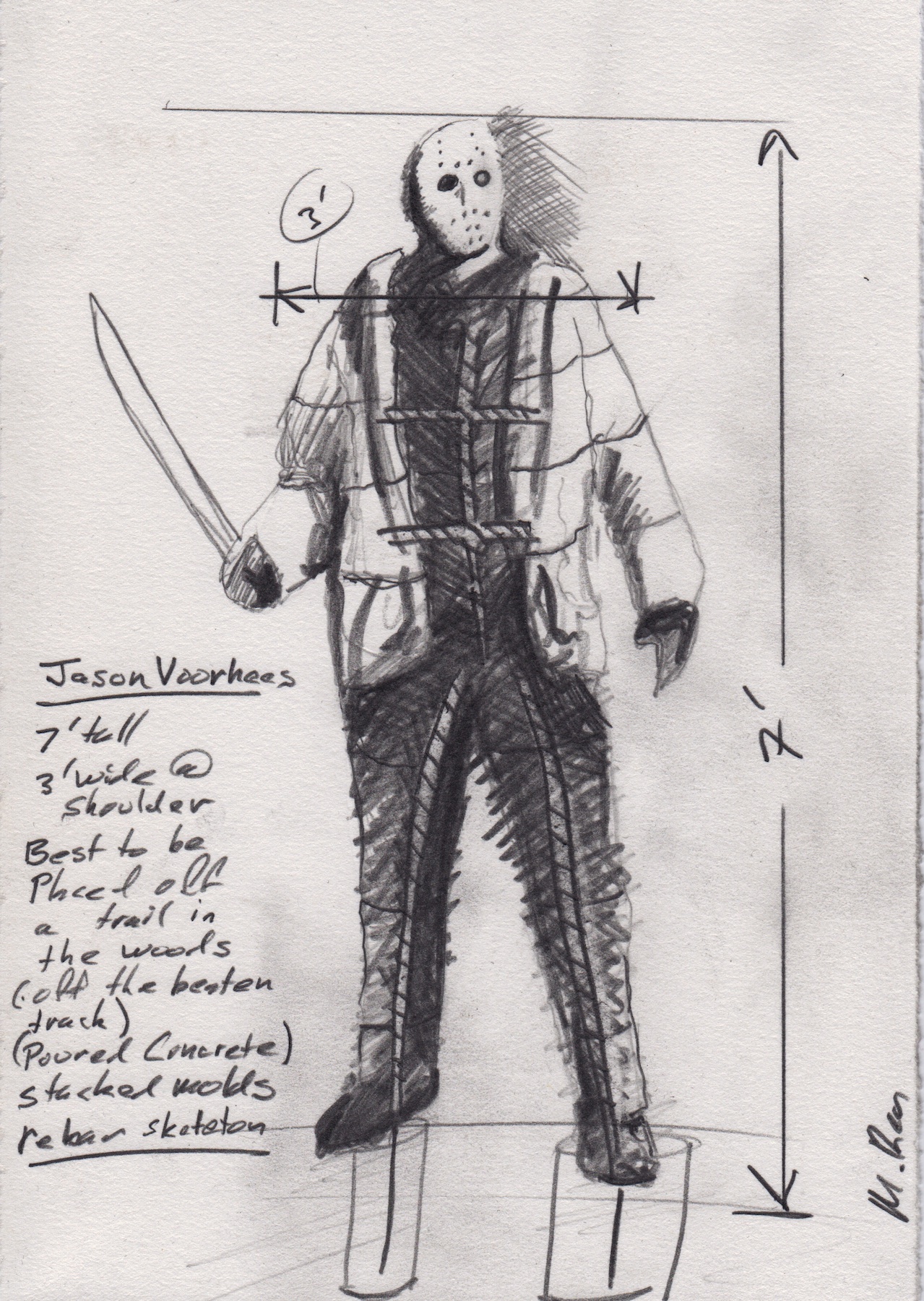 Michael Rea: Proposal for a sculptural multiple to mark sites of rape and murder. 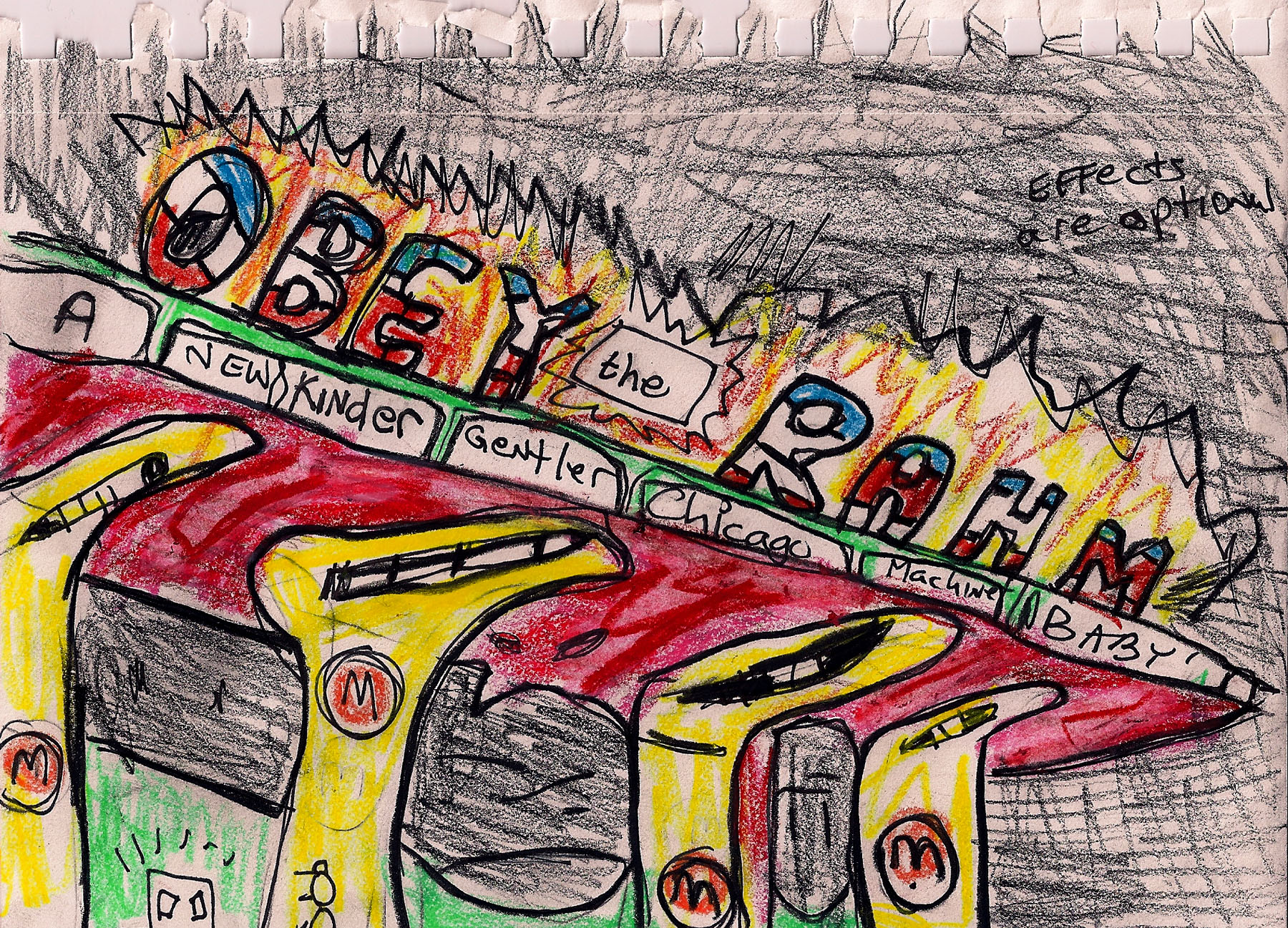 Michael Robert Pollard: Proposal for “Obey the Rahm: A Kindler, Gentler Chicago Machine,” to be installed atop the Skyway. 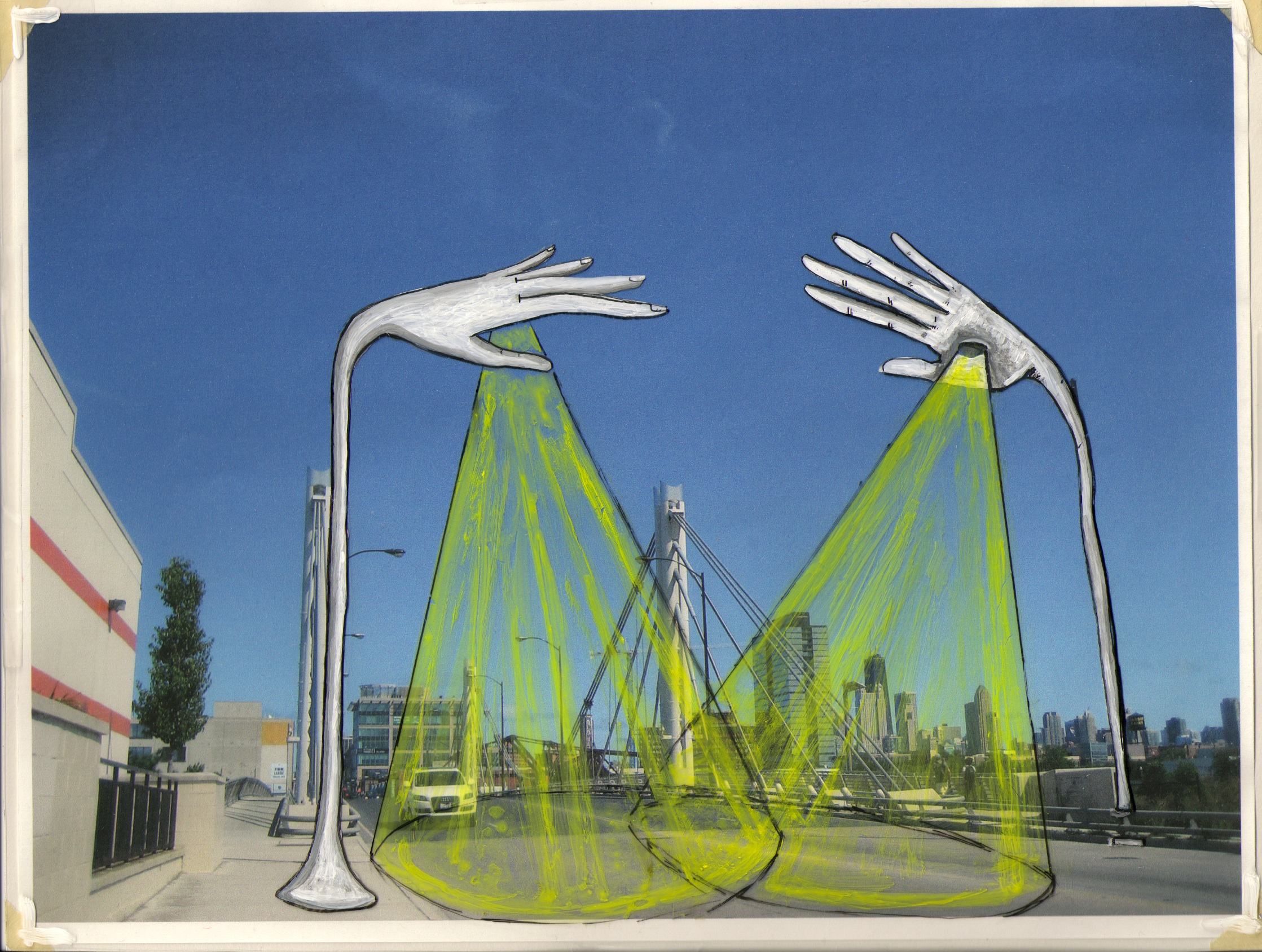 Mindy Rose Schwartz: Proposal for “Random Plinths and Sculpture Interventions in Unofficial Locations on the Streets and Public Byways (Version for Streetlights).” 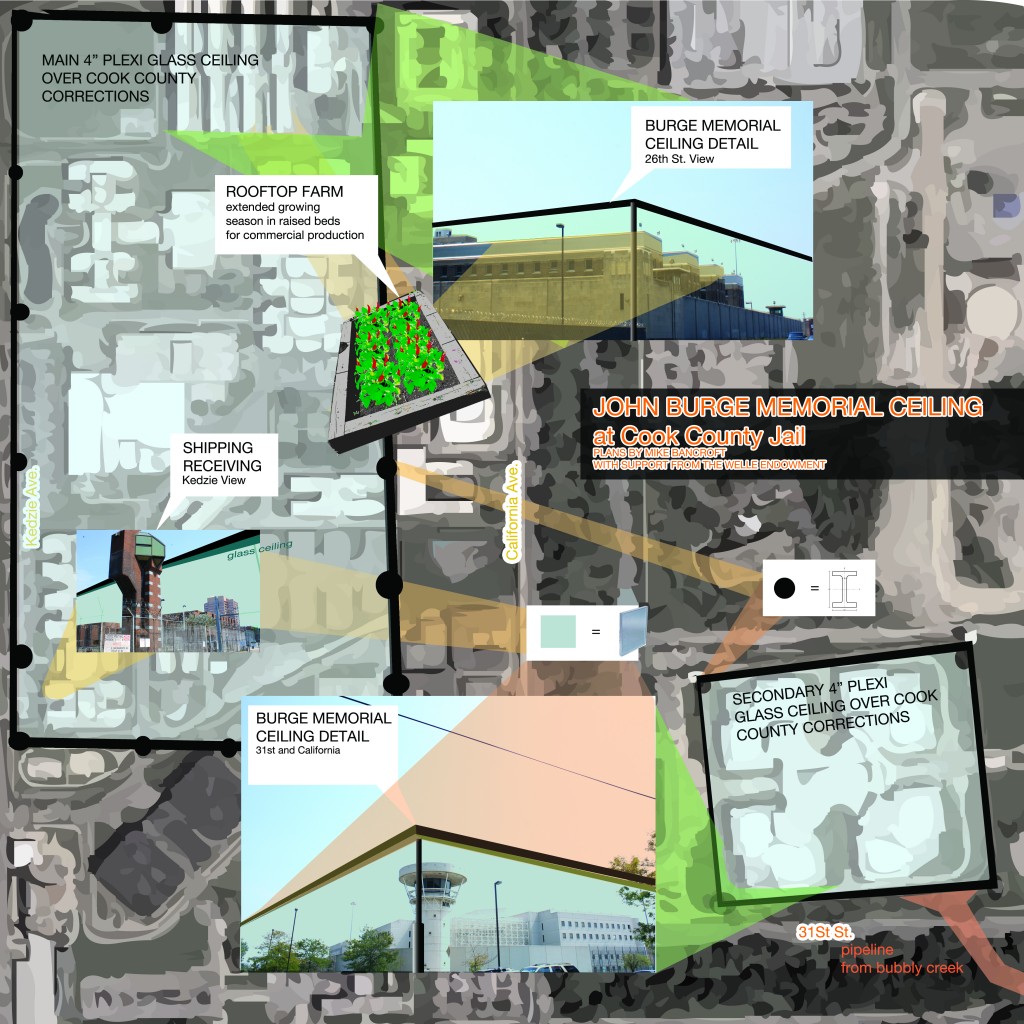 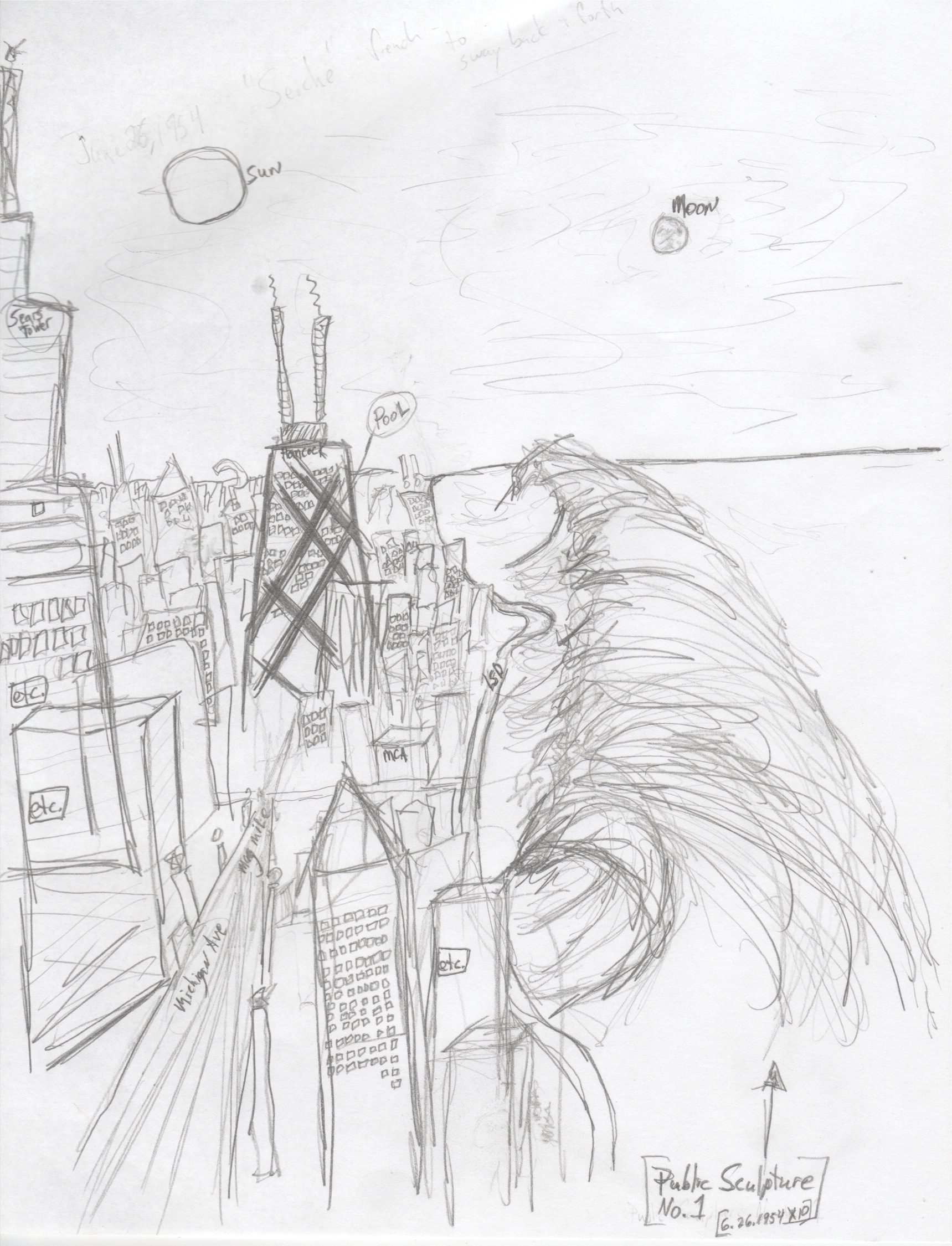 Shane Huffman: Proposal for an eighty-foot-tall fiberglass wave to commemorate the 1890 diurnal tidal wave on Lake Michigan and the 1954 seiche. 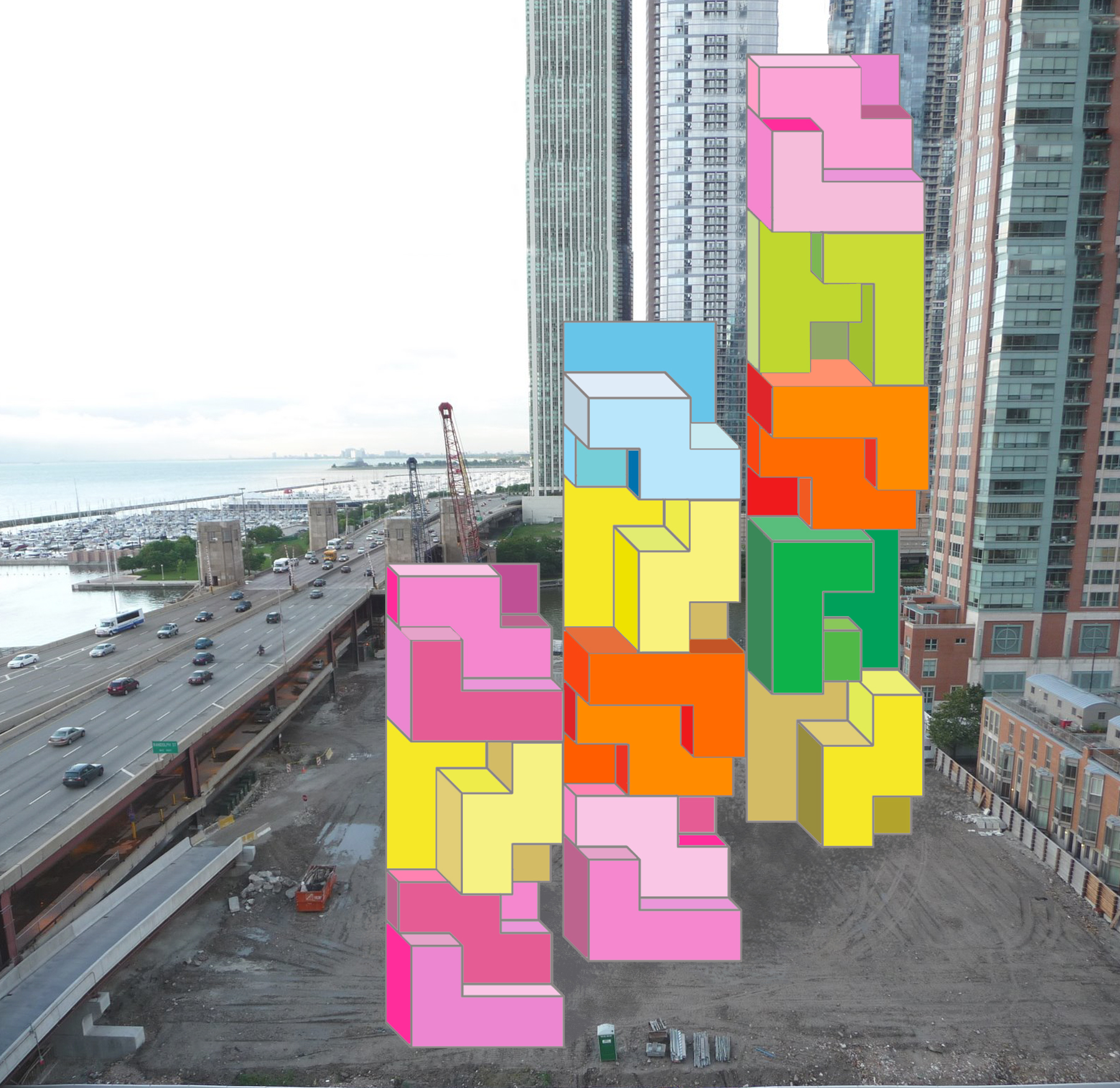 Tom Burtonwood: Proposal for “LOL ROFL LMFAO” to be erected on the site of The Spire. 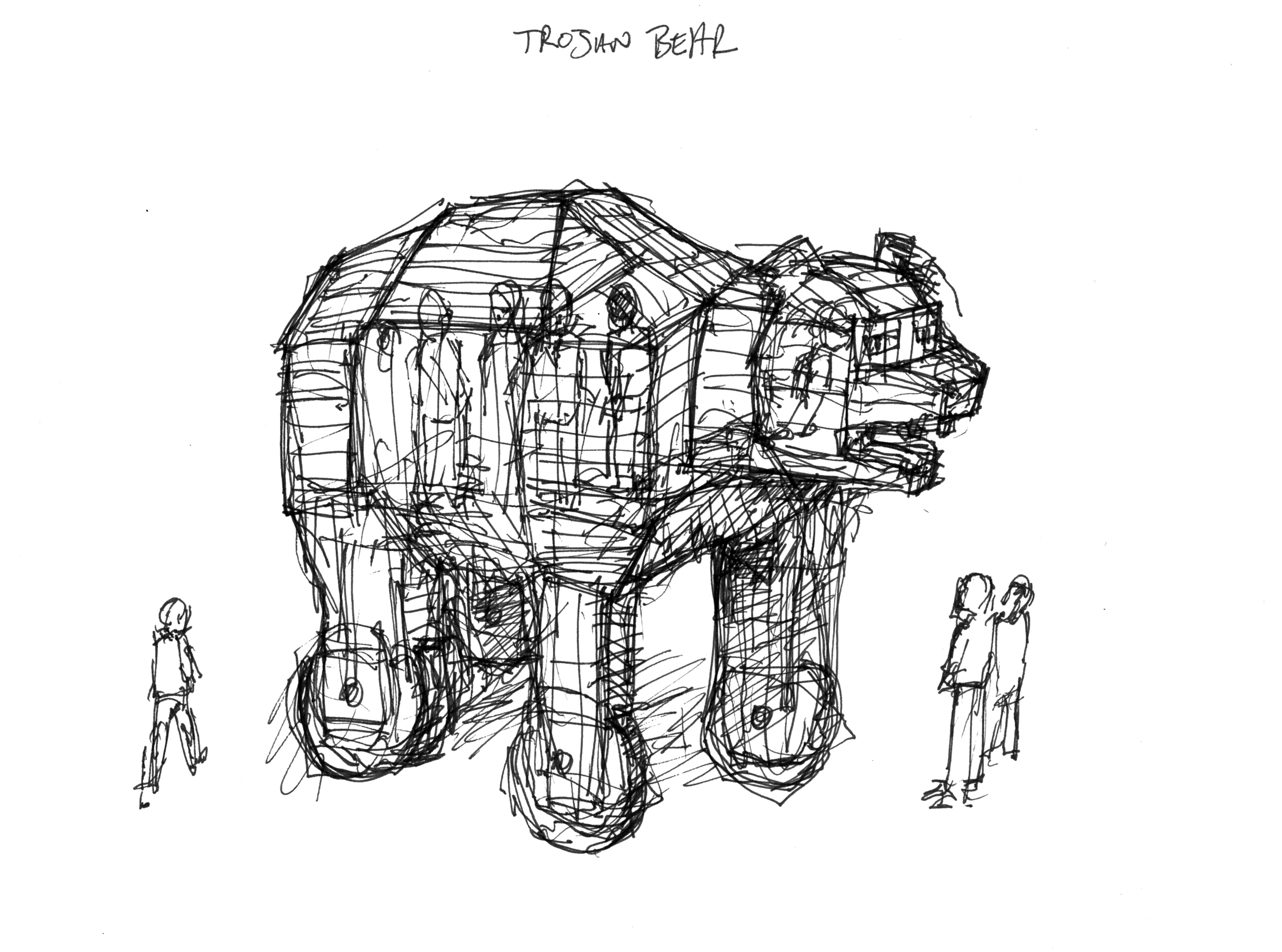 Zachary Cahill: Proposal for “Trojan Bear: A Mobile Monument.” A large public sculpture that would be built and displayed in Chicago and then towed from the Windy City to New York and given as a gift to Wall Street from the city of Chicago.