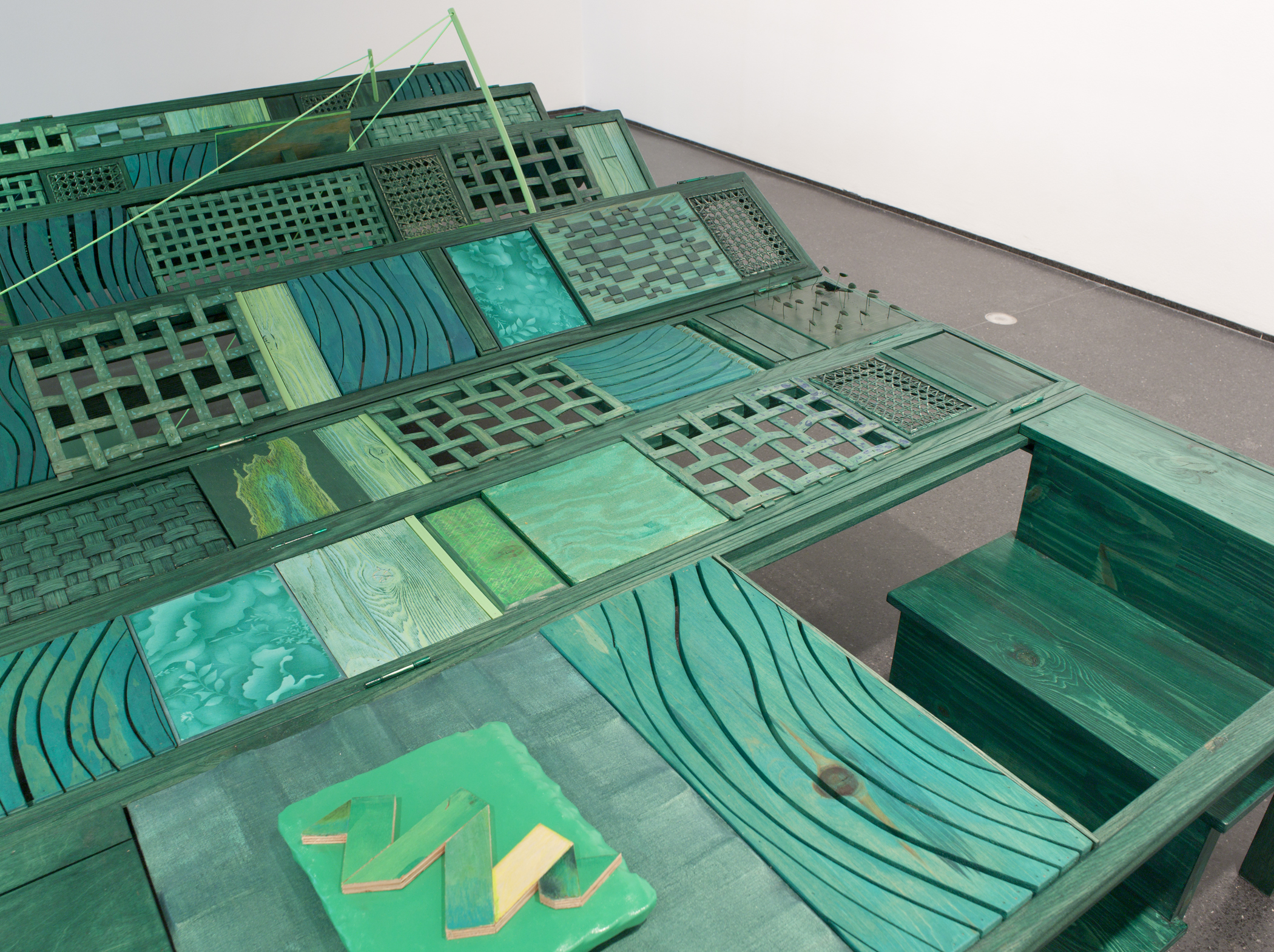 During the 1980s, artists who produced anxious or enigmatic objects gave up the responsibility to be serious, or at least they shed some of the trappings of the high seriousness characterized by Minimalism. Dan Gunn’s “Patchwork Plateau,” on view at the MCA, is an object resembling a room-dividing screen and is placed on its side. It has many attributes whose ambiguity could be unsettling, except that it is painted a cheerful shade of green. Many of the parts of “Patchwork Plateau”—the name must refer to its table-like orientation, although the geographical connotations linger—seem to be found and not found at the same time. Gunn uses pieces of wood in a patchwork over the folded sections of the screen, which look like they might come from chairs and wooden baskets. The sculpture’s worked surface retains strong links to painting, despite the artist’s all-or-nothing approach to color. Each piece or section looks worked, that is, exhibits the traces of handwork, staining and painting, evoking overall some do-it-yourself project that became philosophical. Some sections are decorated with beads and others with shapes in cut-out wood. There is an inaccessible set of stairs at one end, an erstwhile functional element underscoring the lack of everyday usefulness of the plateau while an arrangement of ropes and pulleys connected to a green glass wind chime presides over the opposite side. The sculpture has all the elements of a porch or some domestic space, but they are reconfigured into a structure that manages to pose questions, “making strange,” as Viktor Shklovsky would have it, but it seems familiar and welcoming nonetheless. (Janina Ciezadlo)

Through October 2 at the Museum of Contemporary Art, 220 East Chicago.