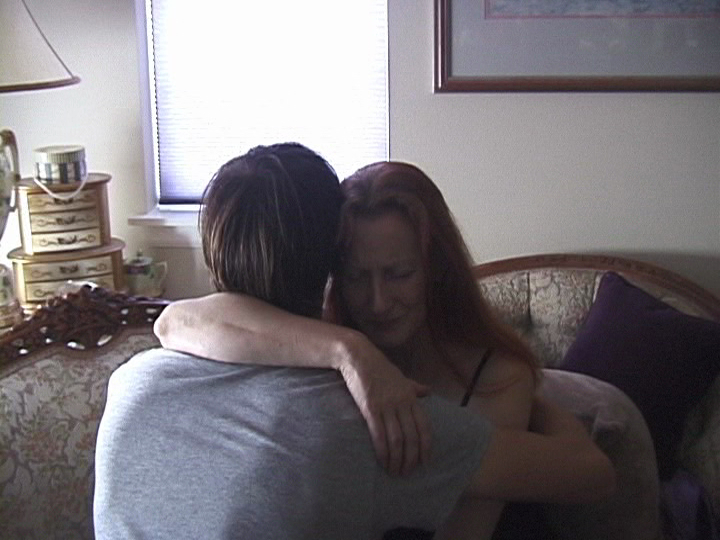 My lover always complains about the smudges I leave on his glasses when my nose and cheeks and forehead smear oil and makeup across his big, thick lenses. “Darling,” he says, “your love and its little mark-making project, it obstructs the aim of my gaze.” This seems ungrateful: my love’s lenses, the point of contact between his appraisal of my formal qualities and my own expression of desire, are the palimpsest where my filthy face writes and rewrites its love letters. They are a screen onto which intimacy is projected from both sides. But that kind of screen is also a barricade ensuring that these two hopeful, hungry trajectories never meet. The scene encourages the unilateral effusions that make intimacy so seductive: my to-be-looked-at-ness and his wanting-to-be-wanted-ness condone each other, and ideology’s most despondent-making pathologies become sweet, private yearnings that nurture our bond. A more doctrinaire feminist would toss her lover’s glasses aside, thus disarming the patriarchy and transforming the male gaze into a dizzying, haptic blur. But me? I persist.

Think of me as Jackson Pollock; my lover, with his glasses, is Hans Namuth filming Pollock through the pane of glass he is covering with drips of paint. As Pollock’s painting takes shape within Namuth’s frame, the spectacle of a man making art is effaced by art itself. The flatness of Pollock’s painting and the flatness of the photographic image converge, and they elide the perspectival space within which the viewer is able to relate to Pollock as a man at work. In the man’s place is an artifact of creative expression too much about Pollock to leave space for the viewer. “Intimacies,” a selection of photos and videos curated by John Neff and Lorelei Stewart at Gallery 400, looks back from this moment of erasure, responding to ways depth and framing allow photographic images to conflate perspectival space and psychological space. As the diagram Neff and Stewart are presenting as a sort of logo for the show suggests, an image’s subject constructs the possibility for emotional exchange, vulnerability, and self-recognition—the nuts and bolts of intimacy—through the logic of representational space.

“Intimacies” emphasizes the diversity of contemporary media that can be understood through the language of photography. LaToya Ruby Frazier’s black-and-white photographs are complemented by Tom Daws and Elijah Burgher’s performance documents (a video showing a man masturbating onto a painted canvas projected onto one side of a dividing wall, the painted canvas hanging on the other), videos by Leigh Ledare and Laurel Nakadate, and cross-disciplinary projects from Desirée Holman and Michael Sirianni. The video element in Holman’s project, “Heterotopias,” features nine performers, all lounging at home in front of their laptops, transforming into a cohort of avatars who meet in virtual space. Holman’s video mixes renditions of flatness and dimension in virtual space: computer graphics showing the 3-D models’ digital gridding and green screen footage of performers fighting plopped over static images appear again and again. Like Sirianni’s “CTRL” and Frazier’s double portraits, “Heterotopias” thematizes the ways perspectival space constructs a psychological space which, while inviting private disclosures and exposing vulnerabilities, is hardly reciprocal. The portal these images open, it seems, is really just a mirror. 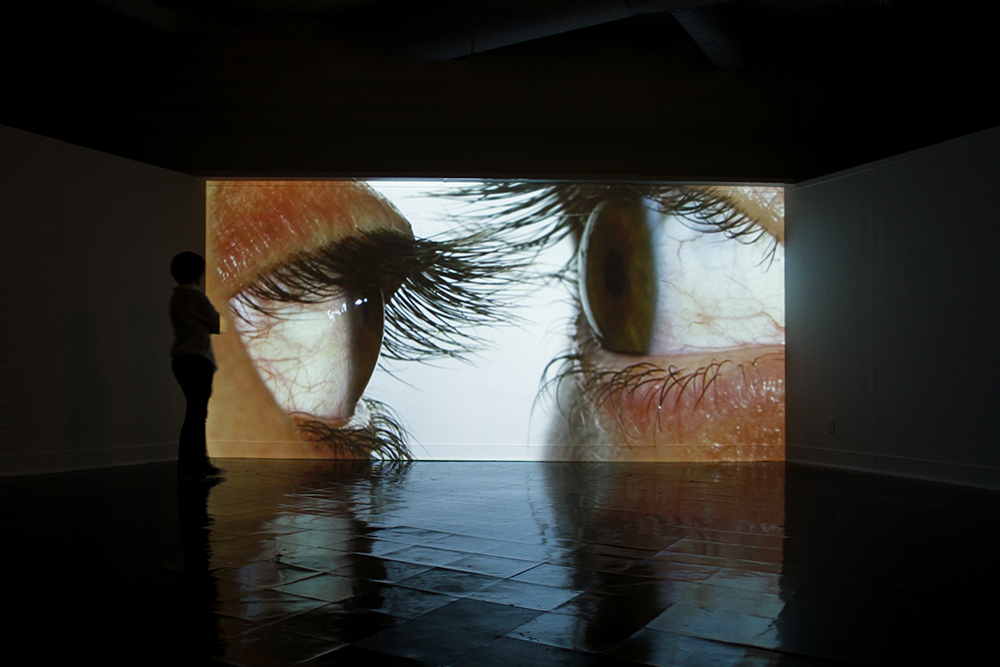 At The Mission, five very visceral performance videos inundate viewers with potential intimacies in “Overkill.” By including recent Columbia College grad EJ Hill alongside Berlin-based art star Candice Breitz and Brussels-based Manon de Boer, Diego Leclery and Casilda Sanchez, who are all somewhere in between, curator Jefferson Godard presents both simple and elaborate works that ensnare each performer’s audience in scenes of self-recognition. Leclery’s “The 4 ½-inch Insight” and Hill’s “Blow” both calibrate the viewer’s awareness of her own body in relation to the performer’s image through simple, seemingly generous gestures: Hill repeatedly purses his lips and blows into the camera, attempting to “resuscitates the audience.” He understands our vulnerabilities (we are nearly dead inside, aren’t we?) and accepts them; he knows how to help. And it’s not just Hill: each piece in “Overkill”—even Breitz’s cacophonous “Double Whitney,” a two-channel video splicing together all the “I”s and “you”s from Whitney Houston’s performance of “I Will Always Love You”—draws the viewer close for what feels like a private exchange.

In “Overkill,” each artist can be your one and only, can listen to your secrets, can share your hopes and dreams; but these seductive promises accrete across The Mission’s close quarters and become overbearing. Where “Intimacies” assiduously contrives a psychological space inviting disclosure, “Overkill” is a chorus of come-ons that obliterates it, marking the difference between unavoidably pressing one’s body against a stranger’s on a rush hour train and touching a new love’s décolletage for the first time. Like Pollock’s drips accumulating on Namuth’s film, “Overkill” is a barrage of sensory stimuli that transforms the space for self-recognition within a screened image into a wall papered in the artist’s volition.