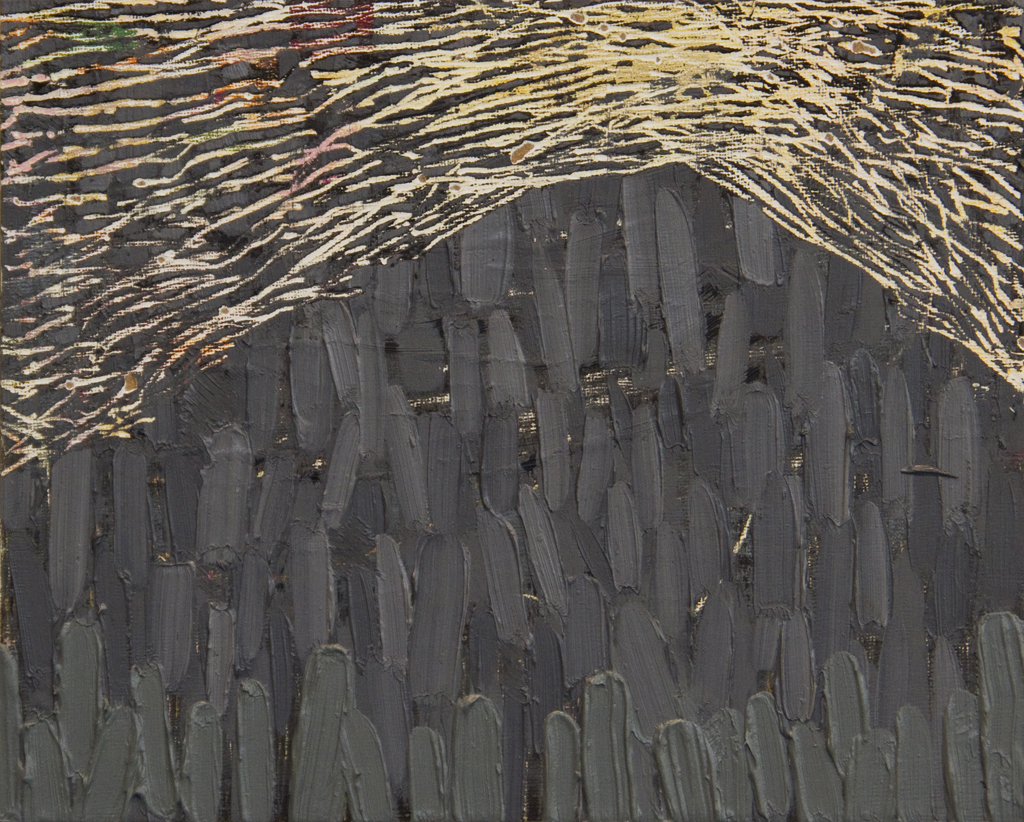 An acknowledged Samuel Beckett fan, the Abstract Expressionist painter Joan Mitchell answered questions with either non-sequiturs or other questions in a series of 1980s interviews in BOMB magazine. In the Abbott-and-Costello rhythm of “Waiting for Godot,” Mitchell spoke of will and emptiness, pertaining to her often colorful expanses of furious brushwork. “It’s hard to squeeze paint if I don’t feel like it,” she said. “If I don’t feel what I’m doing there’s no point in it.” Her “blank spaces” she refers to as “like a restroom on the auto route. Isn’t that a wonderful word, ‘restrooms,’ where you go pee?”

Less mercurial in conversation, monumental in scale, and ferocious in her bravura strokes, Michelle Bolinger has undertaken a more subdued, easel-sized response to the push-and-pull legacy of Hans Hofmann. In the proud abstractionist tradition of making additions and subtractions to dozens of paintings at a time, Bolinger will create a brilliant field of daubed color, only to end up removing it with a power sander several months later and responding to the palimpsest texture with a new area of vivid, deliberate brushwork. In “Open Shell,” for example, a flock of yellow streaks, varied in hue and size but as straight and defined as Band-Aids, curve into a breaking swirl above a school of smaller, counterpointing red notes, all over a bright, distant haze of strokes scuffed into the wood surface. 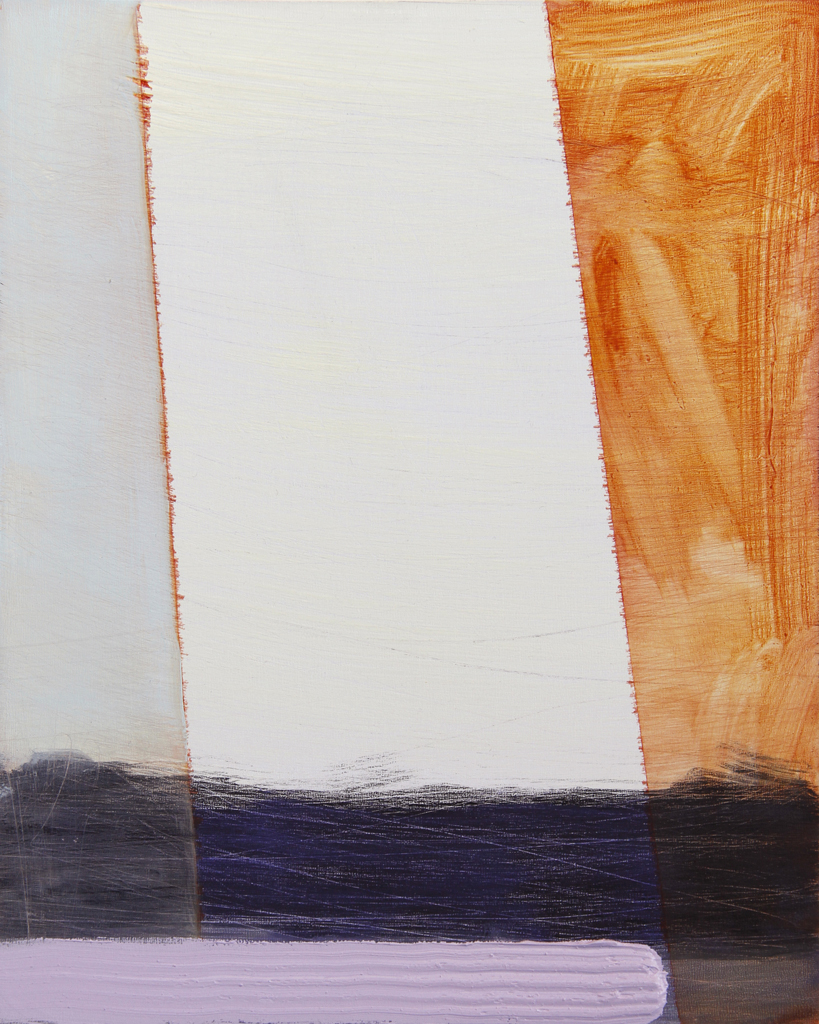 One might recall Sherrie Levine’s watercolor miniatures of huge twentieth-century monsterpieces, but Bolinger’s gentle evocations of landscape lack both this death-of-painting distance, and any trace of modernist anguish and turmoil. The uncritical acceptance of past lessons extends not only to the textured voids of midcentury American painters, but the exuberant color of Matisse, Impressionism’s methodical, prismatic summonings of ghost forms, and the limpid compositions and calligraphic touch those painters appropriated from Japan, not to mention the blocky faceted planes of a Lyonel Feininger woodcut. Color-pun titles like “Sorry You’re Feeling Blue” and “Ruby, My Dear” might as well be “Azure Composition No. 3,” except for Bolinger’s quiet humility. The work neither shrinks from or smirks at associations with decorative pleasure, but offers a modest visual confidence compromised by neither irony or solipsism. (Bert Stabler)